Fifteen newly recorded cases of female genital mutilation (FGM) in Brighton and Hove were reported by the NHS in 2015-16, according to the NSPCC children’s charity.

But there were no prosecutions and, the NSPCC said, local courts made no FGM protection orders.

The charity said that it had received hundreds of contacts averaging more than one a day from people worried about girls who may have suffered or be at risk of female genital mutilation.

It set up a helpline in June 2013 which has been contacted more than 1,500 times. A third of the calls were serious enough to be referred to the police or social services.

The NSPCC said: “Worried callers have included those contacting the helpline with fears for babies who they believed were at risk of FGM.

“The practice is believed to affect around 137,000 women and girls in England and Wales.

“Despite this, there is yet to be a successful prosecution for the offence, although the latest figures from the NHS showed that 15 new cases were recorded in Brighton and Hove in 2015-16. 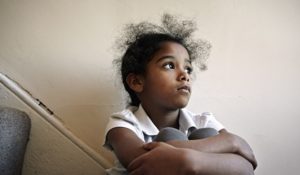 “Since July 2015 anyone in Wales and England may seek an FGM protection order to protect a potential victim.

“Ministry of Justice figures show that, between July 2015 and September 2016, there have been 97 applications made for protection orders across England and Wales, with 79 resulting in orders being obtained.

“Data obtained by the NSPCC shows that, in addition to applications from professionals, a significant proportion are from the person themselves or a family member, friend or community member.

“While some family courts have issued several protection orders, many have so far issued none despite the volume of calls to the NSPCC helpline indicating a widespread concern about the illegal practice.”

One doctor told the NSPCC helpline: “I have suspicions in relation to a child that I think may have been flown out of the country for the FGM procedure.

“The child was brought into my surgery today but the parent wouldn’t allow me to perform an internal examination on the child. The parent was adamant that the child would be checked abroad instead.”

A teacher told the NSPCC helpline: “A child at school will be flying out to Africa soon with their parents. When I asked the parents casually about why they are going, the parents appeared reluctant and nervous to answer. Something doesn’t feel right about this.”

The charity is calling for discussion about FGM to be part of age-appropriate sex and relationship education in all schools to ensure girls and boys can recognise the practice as abuse and seek help to prevent it. 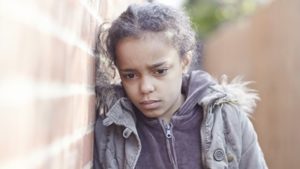 John Cameron, head of NSPCC Helplines, said: “We know from calls to our dedicated helpline that female genital mutilation is still affecting hundreds of girls in the UK and we are urging young people, and any adults worried about them, to speak out and get help.

“Some families who subject their children to female genital mutilation may do so because of cultural norms or that they believe it will help their child improve their life.

“It’s vital that everyone realises FGM serves no purpose and leaves long-lasting physical and emotional scars on the victims.

“For far too long female genital cutting has been cloaked in secrecy so we need more people in communities to join forces to ensure this dangerous practice is ended.

“This is child abuse and it is against the law. It has no place in any society.”

Anyone who is concerned that a child is at risk of or has experienced FGM can speak to an NSPCC FGM helpline adviser on 0800 028 3550 or email fgmhelp@nspcc.org.uk so that appropriate action can be taken.

More information can be found online at www.nspcc.org.uk/fgm.

Children can call Childline at any time on 0800 1111. If a child is in immediate danger, people are asked to dial the emergency services on 999.