Thieves have stolen about £80,000 from cash machines in a disused bank in Hove.

They broke into the old Royal Bank of Scotland – formerly Williams and Glyn – in George Street, Hove, through the roof.

Sussex Police said that they gained access from Ventnor Villas, the street to the east of George Street.

The force said: “Police were called at 12.15pm on Saturday 25 March after an alarm was activated at the Royal Bank of Scotland in George Street, Hove.

“Upon entry to the building, which is closed to the public but still houses two cash machines, it was found that intruders had gained entry via the roof from an adjacent building in Ventnor Villas.

“The investigation into the break-in is ongoing. 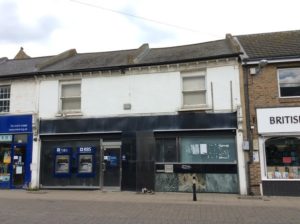