Game over for fraud suspect who fled Brighton shop?

Could it be game over for a fraud suspect who fled a shop in Brighton? Sussex Police issued an appeal to trace the man pictured yesterday (Monday 17 April).

The force said: “Can you help identify a man police would like to speak to about an attempted fraud at a store in Brighton?

“This man entered Game in Churchill Square on Friday (14 April) and attempted to buy two Playstation 4 game consoles on finance.

“He presented a passport and bank statement as ID but staff became suspicious. When they challenged him he ran from the store but left the identification.”

PC Grant Hebblewhite said: “We believe this man may have been travelling around the country and has tried to do this before under different names. We need your help in helping us identify him.” 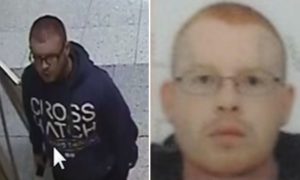 Anyone who can help is urged to phone Sussex Police on 101 or contact the force online at https://sussex.police.uk/contact-us/response-to-appeal quoting serial 650 of 14/04.

Alternatively anyone with information can contact the independent charity Crimestoppers on 0800 555111 or at https://crimestoppers-uk.org.