Brighton and Hove News caught up with the city’s man of  the moment. Albion boss Chris Hughton, at this mornings press conference. 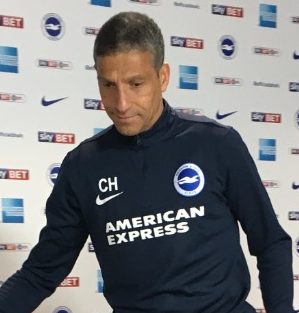 Brighton and Hove News reminded the Albion boss that council leader Warren Morgan isgoing to propose that Tony Bloom and Chris Hughton were given the freedom of the city of Brighton and Hove in recognition of the extraordinary achievement.

The Albion boss replied: “There is such a big support base and we know what we have achieved and it is a wonderful achievement – but any accolades I receive are just as much down the team and the team around team- you don’t achieve anything on your own.”

Hughton also praised the support and relationship he has with the Albion board of directors, saying they were vitally important to the success of the football club.

Sam Baldock is set to miss out against Norwich tomorrow evening, although the Albion boss hoped he will be back to play some part against Bristol City.