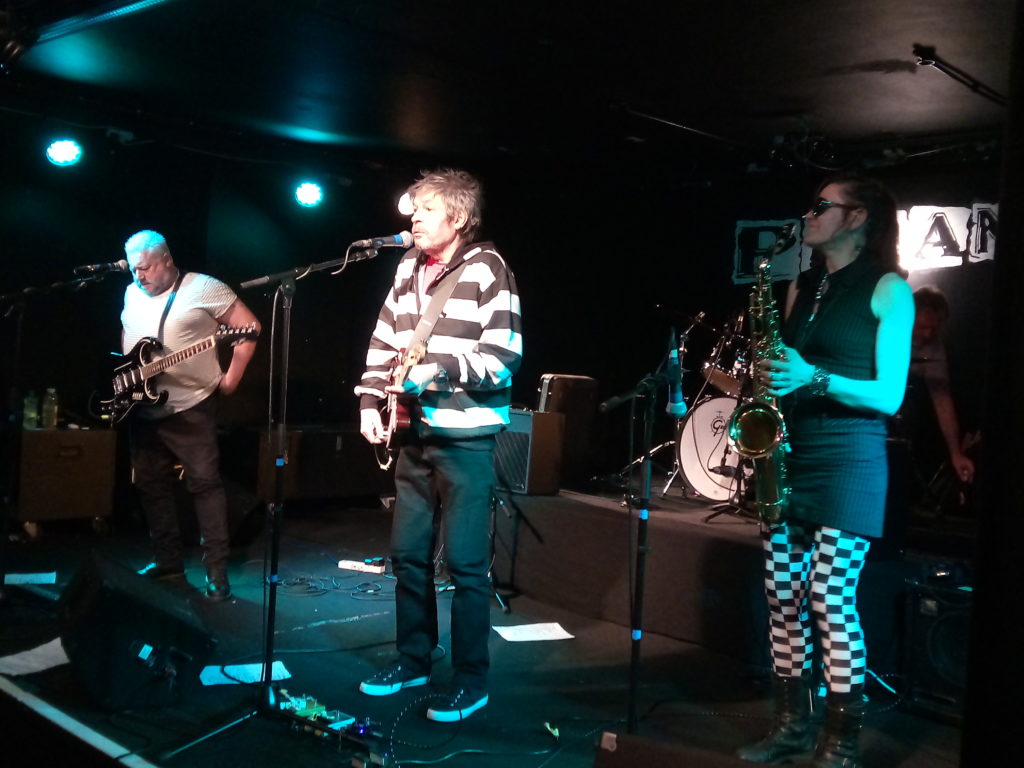 Bank Holiday Friday saw four Piranhas escape! Not in Brighton, it was from the confines of Brighton. But worry not dear reader I am not talking about those devilish fish, I am referring to Brighton’s very own cuddly band The Piranhas.

These days they go under the banner of Piranhas Four, which more than likely refers to the number of reincarnations that they have undergone down the years. The mainstay member being the maturing slightly hunched singer/guitarist and lovable character that is the one and only Boring Bob Grover. To me it’s rather like when referring to The Fall, it’s just in fact Mark E Smith and through-traffic.

But today’s gig, using football terminology, is an away game, if you can refer to the 5 mile jaunt past The Amex Stadium as such. These days they seem just content to be able to play in front of elite crowds for the love of the music. No stadium gigs here, unless it’s warning up The Albion fans prior to kick-off. 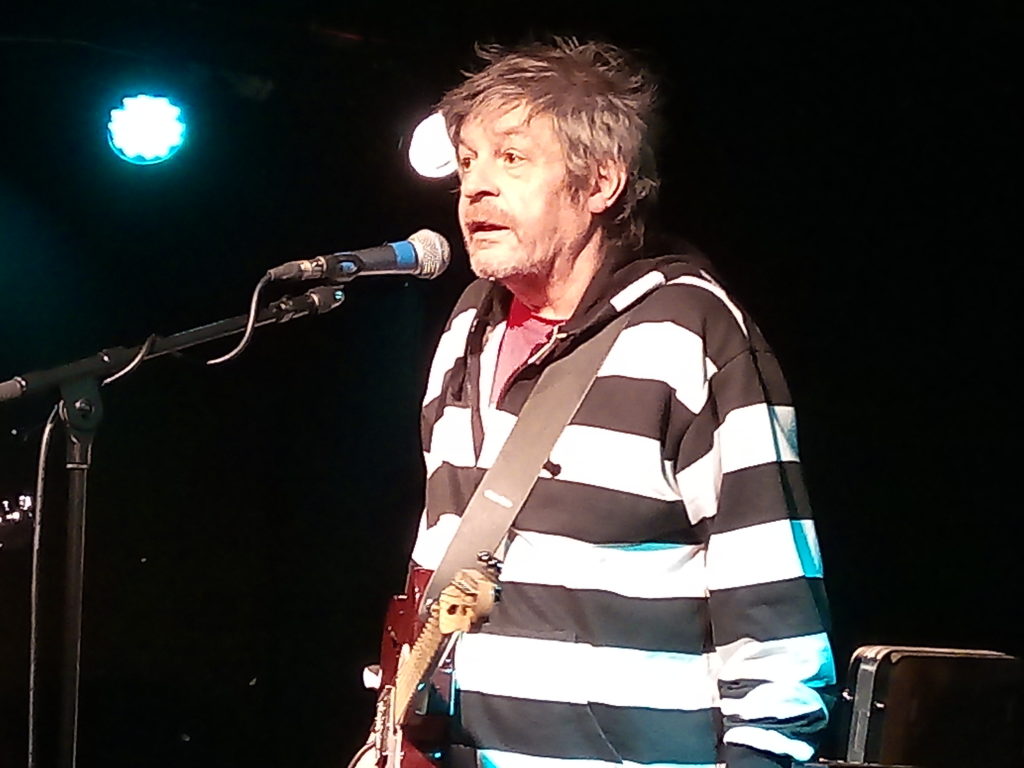 The Piranhas have always been a light-hearted affair, with previous original band members taking on the nom de plumes of Dick Slexia (drums) and Zoot Alors (saxophone). Their lyrics are fun and so is going to see them live. It’s a time to forget your troubles and just dance – as tonight’s crowd dutifully did.

People best know The Piranhas for their 1980 Top 10 smash hit Tom Hark. The track is these days most enjoyed by Burton Albion fans as they play this song over the loudspeakers when they score a home goal. The funny thing is that the music is actually a cover of a 1958 South African kwela tune by Elias & His Zig Zag Jive Flutes with Boring Bob’s charming lyrics over the top.

I have fond memories of first being aware of The Piranhas as they were signed to Rick Blair’s legendary Brighton record label Attrix Records, who were based (near where I used to work) in Sydney Street. The label released three Vaultage (’78, ’79, ’80) compilation albums of Brighton area artists and is today a fantastic snap-shot of how the town and music scene really was back then. I can remember buying some really random 7” singles in the shop, including The Wundersea World of Jacques Cousteau by Arthur 2 Stroke and Nag Nag Nag and Silent Command both by Cabaret Voltaire.

Anyway, I could go on for hours about walking around the Brighton record shops in the olden days, but dutifully back to tonight’s gig. I have to say that it was rather enjoyable listening to some of the old DIY-punk/ska classics (including their 1979 debut single) Jilly, Coloured Music (which is about coloured vinyl releases, but was itself released on black vinyl), Saxophone (new upbeat ska version), I Don’t Want My Body, Cheap & Nasty, Space Invaders, Pink Elephants, Virginity, Getting Beaten Up (which I particularity enjoyed – along with) Tension and the aforementioned hit Tom Hark and finale Boyfriend. Nice one guys – keep up the great work!

For more information on the band visit their Facebook page.