Police are hunting a suspected rapist who may be in Brighton and have asked the public for their help in tracing him. 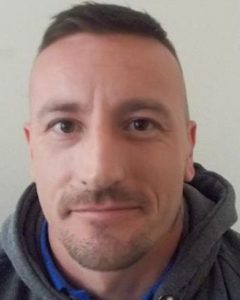 Sussex Police said: “Police investigating the rape of a woman at an address in Worthing are seeking public assistance in tracing 36-year-old Joseph Warren who is wanted for interview about the offence.

“Warren is white, 5ft 9in, stockily built, with brown eyes and short dark brown hair. He has several tattoos on his chest and arms as well as a swallow of the left side of his neck and a rune on the right side of his neck.

“He frequents the Worthing and Brighton areas and police are making intensive widespread inquiries across those areas to trace him.”

Detective Chief Inspector Jo Banks said: “We believe that Joe Warren knows that he is wanted and we urge him to hand himself in.

“If you have seen Warren or know where he may be, do not approach him yourself but let us know right away via 999 or 101, quoting Operation Limehouse.

“If you have any other information you can also report online to https://sussex.police.uk/contact-us/response-to-appeal/ or call 101, again quoting Operation Limehouse.”

The offence happened at an address in the Broadwater area of Worthing on Sunday (23 April).