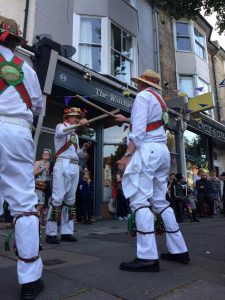 The Chanctonbury Ring Morris Men were dancing at the Watchmaker’s Arms, in Goldstone Villas, Hove.

It is their second visit to the area in a month after they spent an evening at the George Payne pub three weeks ago.

And in four weeks’ time – on Wednesday 12 July – they will be at the Stanley Arms, in Portslade.

Here’s a link to a video giving a flavour of what the evening entailed. Later, locals were spotted giving it a try. 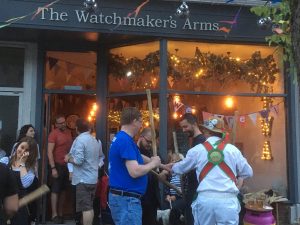 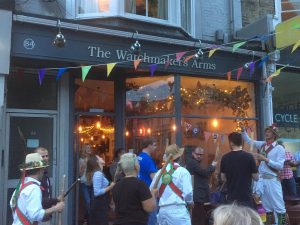