The Mazda Fountain has survived the latest round of council discussions on the future of the Valley Gardens project. 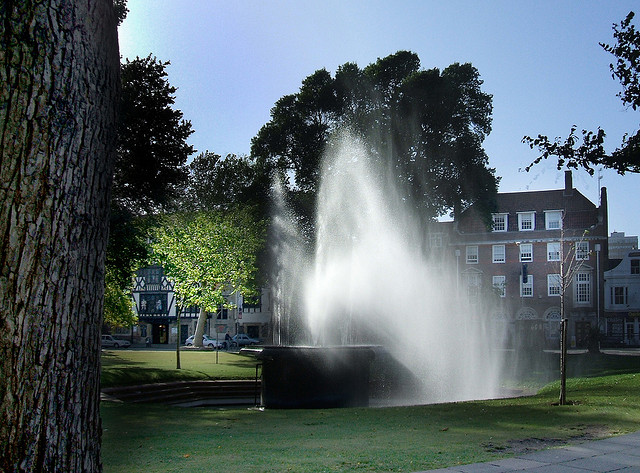 Brighton and Hove City Council’s environment and transport committee discussed the design of the new park which will be formed from the Old Steine to St Peter’s Church when the road layout through the valley is altered.

The Mazda wasn’t included in the first draft of the plans – but following a public outcry in 2015, Labour pledged to keep the fountain if it won the local elections – and when it won control of the council in May, a redesign was duly ordered.

However, it was feared by fountain campaigners that Conservative and Green members could still propose replacing it with a modern water feature after council leader Warren Morgan asked residents to write to them pleading for the Mazda to stay.

A petition started by the founder of the Brighton Past Facebook group Carol Homewood calling on the fountain to be retained and restored has been signed by 1,072 people.

And this evening, despite strong words criticising the fountain – and Cllr Morgan’s statements – the revised plans were agreed with the Mazda intact.

It says: “The Mazda Electric Fountain, given to the town in 1930 by Thomson-Houston Ltd following an exhibition. This fountain has stood on Victoria Gardens for 87 years, a fine example of 1930’s architecture. It has the potential to be restored to its former glory and would be another fine tourist attraction for Brighton.

“It is much-loved by the residents of Brighton and Hove; many of them have lovely memories of it in their younger days and they would be distraught to see it vanish. We love our fountain.

“To some it may appear ugly but for most of us it’s beautiful, as is the little tardis-type hut with its art deco glass design that houses the working of the fountain.”

Green councillor Pete West said: “The Mazda Fountain is a real marmite issue. This moneypit has already had a huge amount of money spent on it and this report gives us a proposed running cost of thousands.

“How can it possibly be justified that we spent that sort of money on one out of place fountain and not realistically have the budget to maintain these gardens properly. It doesn’t make sense.”

However, he added that the Greens would not be proposing an amendment – and nor did the Tories – and the decision rested with committee chair, Labour’s Gill Mitchell.

Councillors also raised concerns about the lighting, the event space, and how the area would cope with large numbers of people using it. 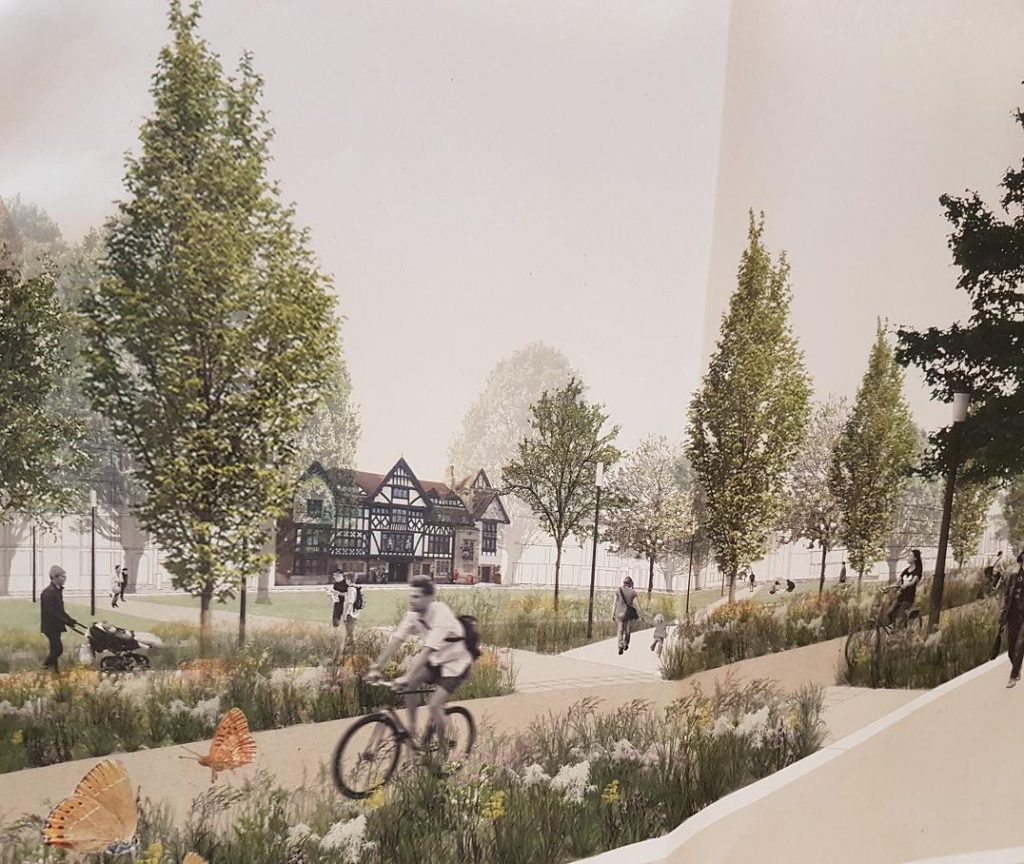 Conservative Cllr Gary Peltzer-Dunn: “The artists’ impressions look lovely, apart from the 2ft butterflies. I love the 18 people walking through the park.

“I really support the scheme, but if it cannot cope with the numbers using it, it could turn from heaven to hell.”

Councillors were reassured that lessons had been learned from lighting at the Level, where new lights are due to be installed to deter antisocial behaviour.

And the council was working with Brighton Fringe to make sure events spaces were fit for purpose, also looking at the set up and clear up of performance spaces.