By : By Freya Marshall Payne
Comments: 2

Brighton and Hove Busses have teamed up with world-renowned street artists to turn the bus shelter in front of the Pavilion into a work of art. 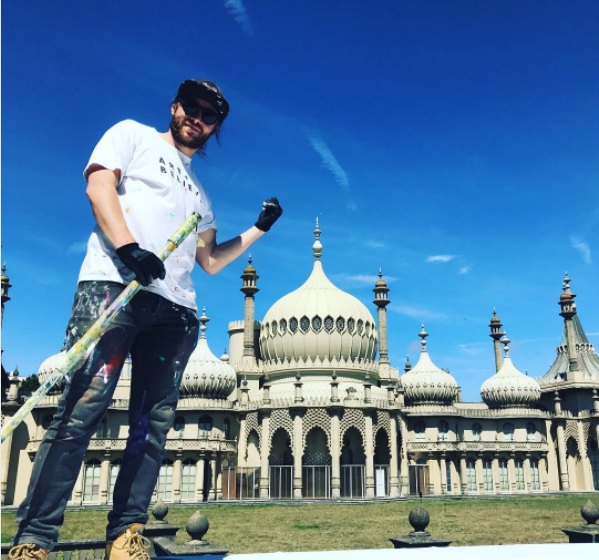 Work started on the shelter today, and it shall remain under wraps behind a plush red curtain until September.

The street artists are part of Art + Believe, an international street art group which is responsible for the 1,000 square metre ‘Sky Gallery’ on Brighton rooftop of a Brighton seafront building.

The Sky Gallery, which is visible from the i360, demonstrates the group’s characteristic geometric, colourful work.

So when the bus stop’s new look is unveiled in the next few days, passers-by can expect a similarly vibrant new addition to Old Steine.

“Our work (in Brighton) is heavily influenced by the fusion of colours and cultures from our travels which depicts the spirit of the Brighton community.”

Brighton and Hove Busses have called the project a “makeover with a difference” and said the Art + Believe had been commissioned because of their “work on large-scale commercial and community-based projects with the aim of engaging with the local community.” 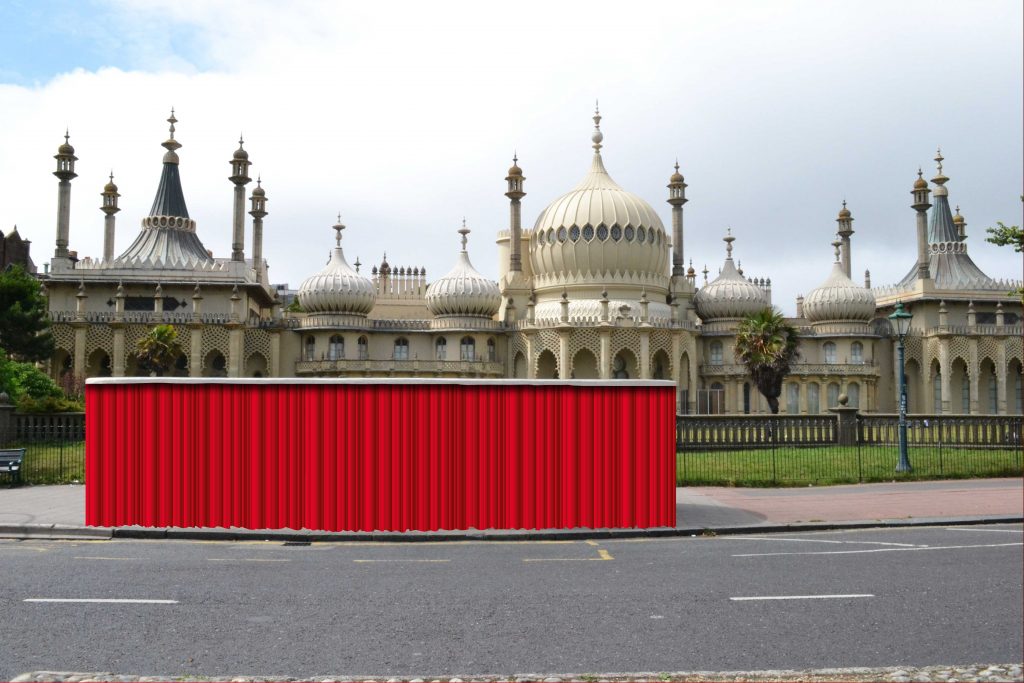