A Brighton and Hove therapy service for parents and babies is asking the public to vote for it in the hope of winning a vital £25,000 community award.

Brighton Parent Infant Psychology – known as BrightPIP – is in the running for the cash in the One Family Community Awards. 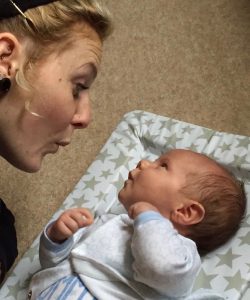 BrightPIP said that winning the money would secure its service – which relies on volunteers – for another year, helping families in Moulsecoomb, Bevendean and Coldean from a base at the Moulsecoomb Children’s Centre.

It said: “BrightPIP works with babies and parents from conception to three years old, helping to form a sturdy foundation for all learning, health and behaviour that follow.”

Mental  health problems affecting many children can be traced back to trauma in their early childhood.

The charity said: “The trauma can range from post-natal depression, which affects one in ten women within the first year of giving birth, to major events in the family which the parents may find hard to deal with.

“Research has shown that stress within the family within the first years of a child’s life can weaken a developing brain and lead to behavioural problems and that an over developed stress response in the infant can lead to emotional and physical ill health in adult life.

“Early intervention is vital to prevent problems later which cannot be reversed.

“Because of the excellent work that BrightPIP has been doing in Brighton to help families and their infants through difficult periods, it has been nominated for an award from the One Family Foundation alongside other services.

“The project that secures the most votes from the public will win the £25,000 Award which would make all the difference to BrightPIP’s survival.

“So come on Brighton and Hove! Lets vote to ensure that our children are the happiest they can be and grow up to be adults who play a full part in our wonderful community.”

To vote, go to https://foundation.onefamily.com/projects/brightpip.

The awards organiser, the One Family Foundation, is run by One Family, a trading name of the Family Assurance Friendly Society, which is based in West Street, Brighton.