Police have named an 18-year-old who is being hunted over a shooting in Brighton.

The force said today (Wednesday 30 August) that Connor Brooker was wanted over the attack which happened in May in St Cuthman’s Close, in Whitehawk. 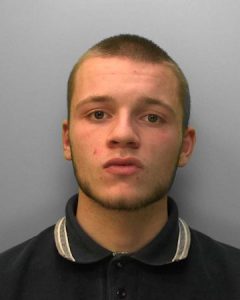 The 18-year-old is believed to have been living in St Cuthman’s Close, off Whitehawk Way, at the time of the shooting or shortly before.

Sussex Police said: “Police in Brighton want to interview 18-year-old Connor Brooker about an air gun attack on a boy in the city.

“At about 7.45pm on Wednesday 3 May, the 17-year-old victim, who is also local to Brighton, was in an alleyway off St Cuthman’s Close, in Brighton, when a small handgun, believed to be an air gun, discharged several pellets, three of which hit him in the back of his right leg, causing bruising.

“Brooker and the victim are known to each other.

“Brooker is white, 5ft 4in, slim, with light brown hair and brown eyes.

“Anyone who sees him or who knows where he may be is asked to call 999 and not to approach him.

“You can also contact police online or call the independent charity Crimestoppers anonymously on 0800 555111.”