A Brighton landlady who has given Constant Service at a Hanover pub while nearly all the others have changed hands is set to pour her final shot of Jagermeister there. 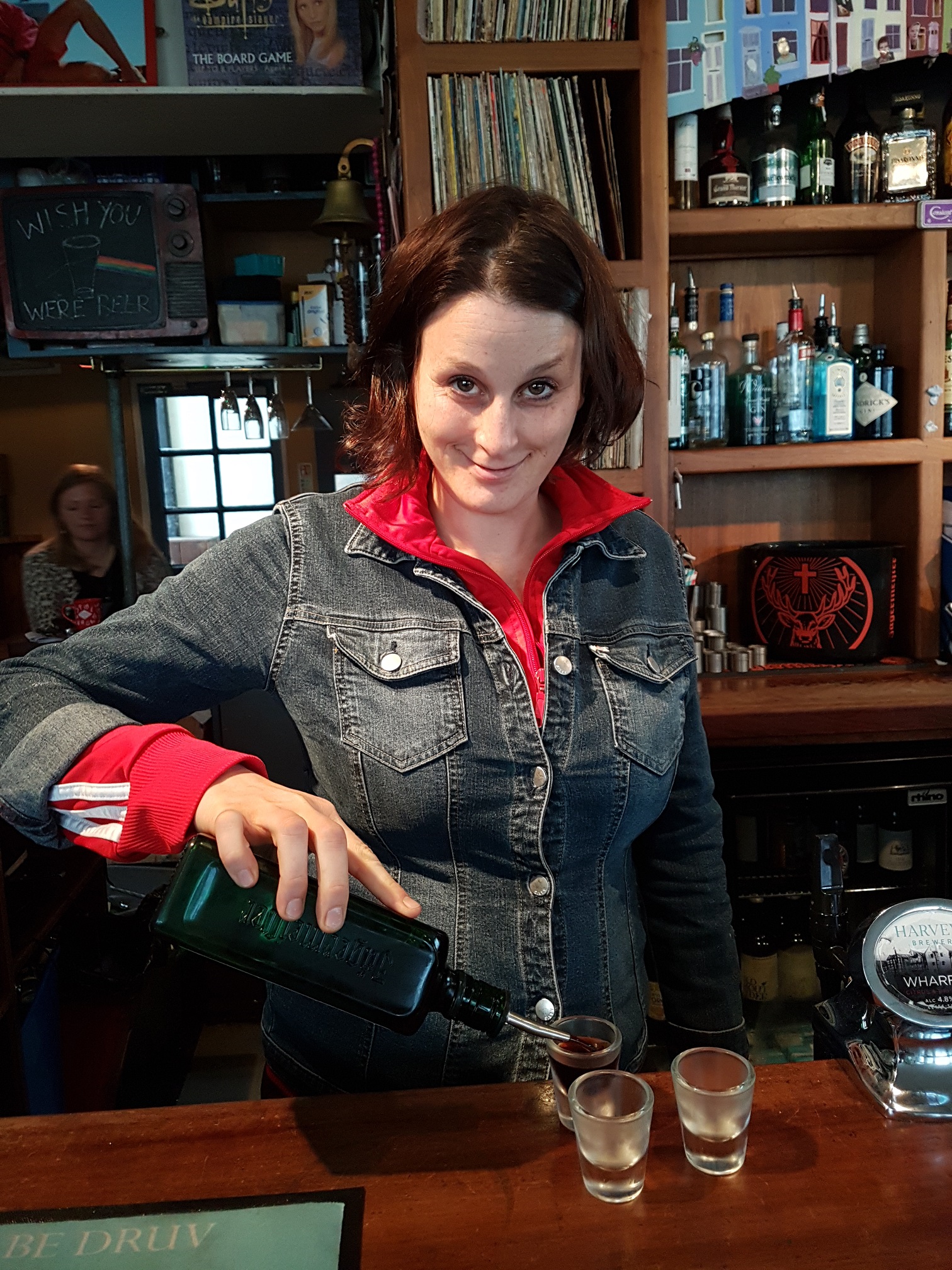 Elisa Uludag has been at the Constant Service since the summer of 2009, but with two small children to look after she has decided to hand the reins over to someone else.

During her time there, she has seen nearly every other Hanover pub either change hands or even close – and with the tenancies for two other pubs currently up for sale and massive business rate hikes, the future looks tough for neighbourhood pubs.

This week, a campaign to raise £400,000 by December to buy The Greys from Enterprise Inns and turn it into a community freehold pub was also relaunched.

But Elisa is confident the Constant Service will survive, and says unless it changes drastically, it will still be her local.

Elisa said: “It’s clear that some pubs have just not changed and it looks like their days are going to be numbered. Some have diversified.

“It’s quite hard to see where all the pubs will end up. The Constant Service is fully tied to Harveys and we pay a very high premium for our stock and a very high rent.

“If you compare pubs owned by smaller companies, they’re on a smaller amount of rent so they will survive much longer than pubs like the Horse and Groom, which was a wonderful pub – it was a beautiful building and bar. But it was owned by a big pubco.

“This hopefully will stay as it is because it’s a great pub, and it’s perfect for the location. You don’t have one size fits all, but it does suit the people who live and drink round here.” 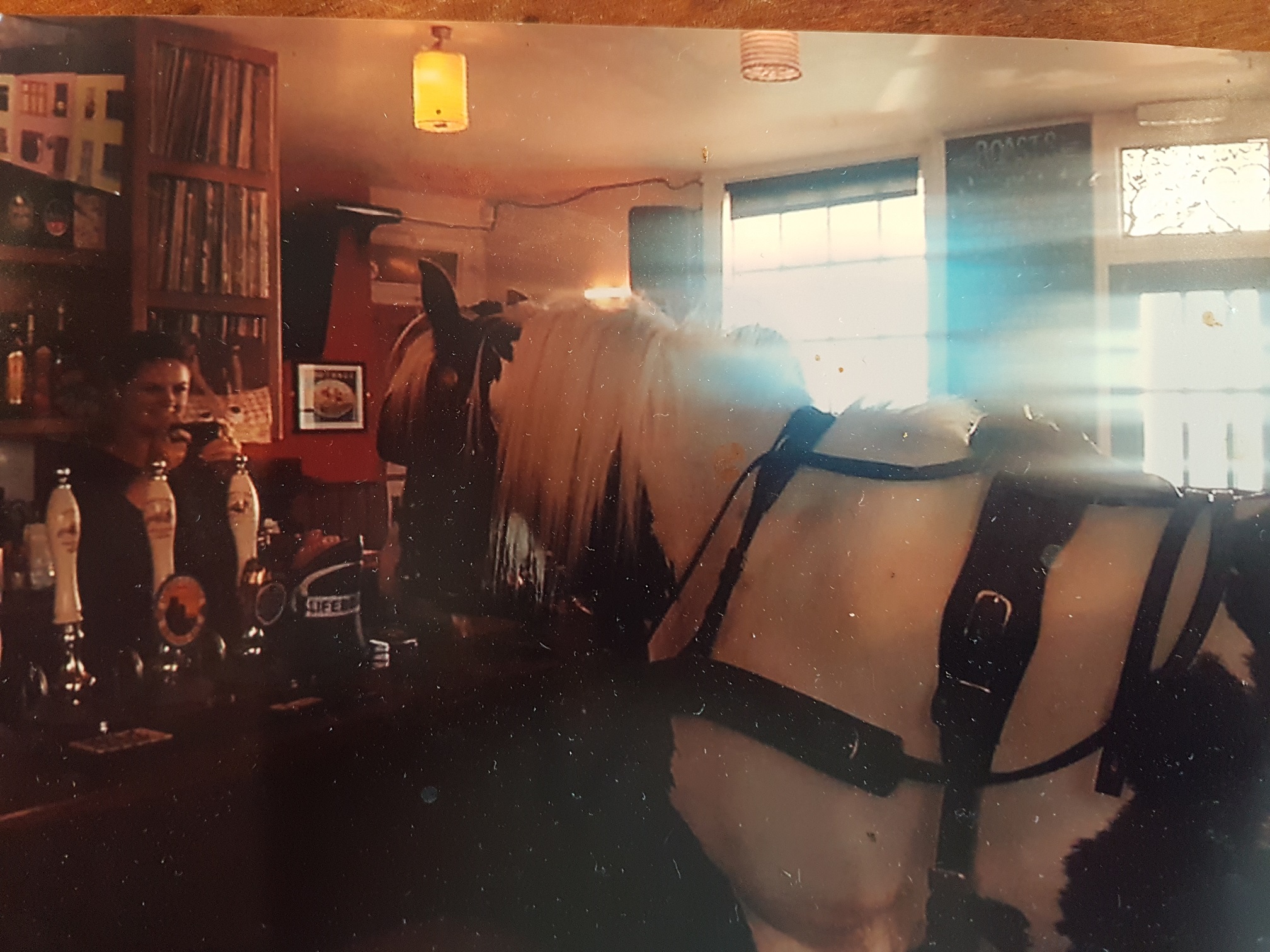 One of Elisa’s funniest memories is when this horse popped into the pub for a pint.
Bar manager Jane said: “His owner Mary was passing and came in, and the horse poked its nose through the door so we invited him in to take a photograph”

Elisa first took over the tenancy when her husband, who runs several pubs in Brighton, handed it back to the brewery after seven years managing it.

She said: “I was 26 and I was really keen but I didn’t have any financial backing. I was just really into it and I spent a lot of hours drinking with the customers, I was balls deep in making it a really fun place to drink.

“Before I took over, it had locals but it didn’t have that community vibe which it has ended up getting. In the early days, there was quite a bit shot drinking culture in here and we were proper partying, which meant that people would then come here for their parties.

“This is heart and soul my local. These are the best party times ever have been in here. There have been nights where I’ve danced on the tables. You look around the it’s middle aged people, often with their children, students, and old guys who have had a bit more ale than usual – they’re all drinking and rubbing along together.

“It’s that really special thing – it can really bring everyone together over the song and buzz and atmosphere and everyone’s really happy. I have seen it in other places, but I see it most in here and that’s what I’m going to miss the most. But things have to end.

“Christmas Day in here is probably the best day – everyone comes in with their kids and their new toys. You get tipsy parents going back to check on the turkey.

“Christmas Eve we just play the Pogues all evening. New Year’s Day is amazing – everyone staggers in covered in glitter.”

Elisa’s last weekend behind the bar is likely to be the last weekend in January, when she is planning a massive party – featuring a Jagermeister luge and a reunion of all the staff who have worked there with her.

After that, she will concentrate on running The Swan in Lewes, which is more family friendly and will allow her more time with her young family.

Meanwhile, the tenancies for the Setting Sun on Windmill Street and the Dover Castle on Southover Street are up for sale, and the Save the Greys campaign has been launched to raise money to buy The Greys, which was put on the market in the summer.

The Friend of the Greys is planning on offering public shares to raise £400,000 and buy the pub, which is registered as an asset of community value, to run it is as a truly community owned pub.

Spokesperson Keith Farmer said: “Our vision is to reinvent The Greys as a social enterprise owned and run by the residents of Hanover and the wider public of Brighton and beyond.

“As well as providing a great pub we also aim to provide a daytime resource for community groups, offering space for creativity, learning, support and wellbeing initiatives run by, and for, residents.

“We will also be providing the very best of British and worldwide real ales and craft beers, locally sourced food, and reinvigorating the Greys’ tradition of live music.”

To find out more, visit facebook.com/groups/friendsofthegreys, email info@savethegreys.co.uk or call 01273 205250.