One of the new bike share docking hubs was removed this week after a resident complained about bikes taking up the pavement and riders making noise at night. Since the BTN BikeShare was launched on September 1, an average of 800 journeys have been made every day, with 50,000 miles clocked up in the first 30 days.

However, someone living in Whitecross Street has not been so keen on the scheme, and the hub has now been removed while Brighton and Hove City Council looks at alternative locations.

The move has been criticised by cycling campaigners Bricycles. Spokeswoman Becky Reynolds said: “We want the council to come out with the reason so everyone can see whether the removal is fair or not. The road’s all car parks, so why pick on the bike hire station?

“Why remove this important central dock close to the popular North Laine area without having come up with another location?”

A spokesman for BTN Bikeshare said: “The Whitecross Street docking station has been removed. This was instructed by the council due to local concerns. However, a replacement hub will be installed nearby once a location is agreed upon.”

And a council spokesman added: “We’re responding to concerns from a resident about issues such as space being occupied on the footway or potential for noise at night.

“While we haven’t conceded these points we’re agreeing to look at alternative locations to allay any such concerns locally and maintain good relations between the scheme and residents in the area.” 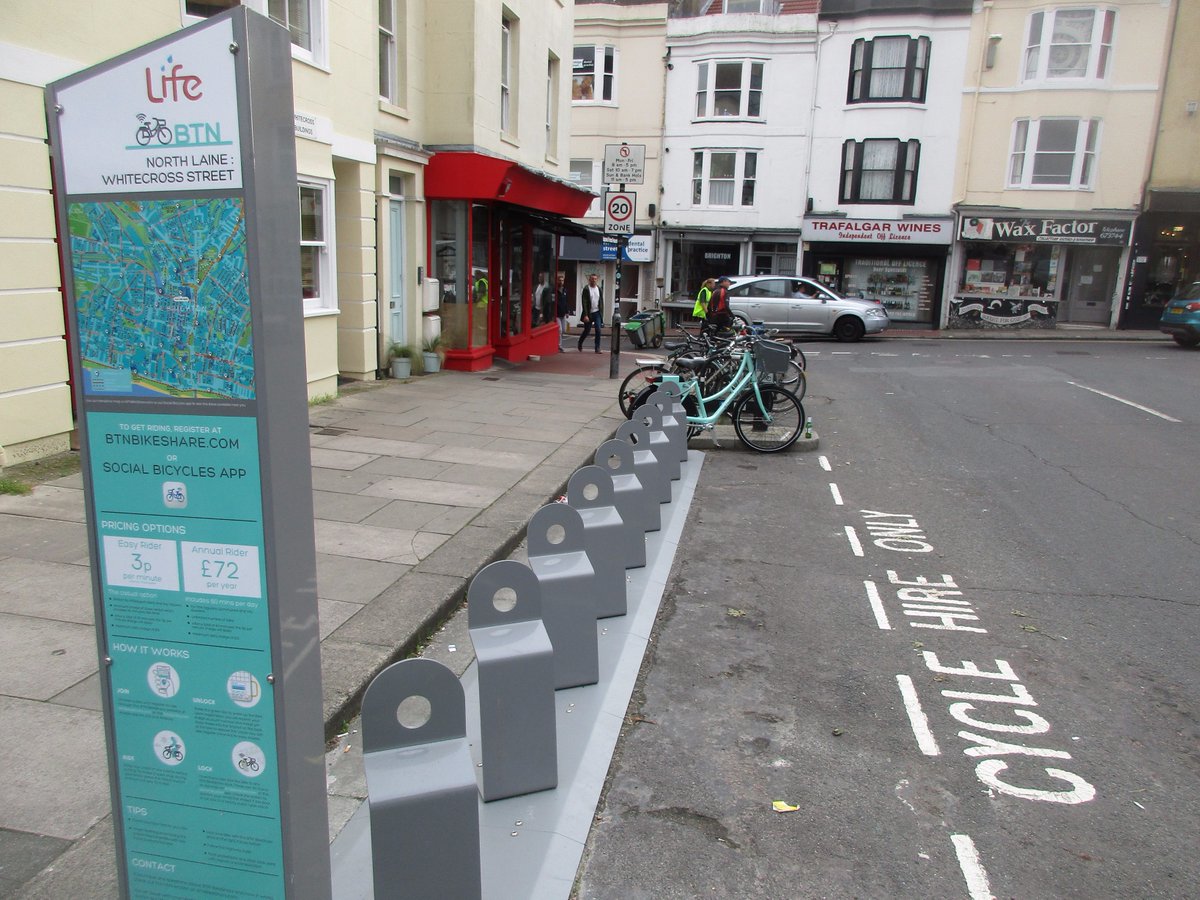 Before the hub was removed. Picture by Bricycles from Twitter

Meanwhile, the bikeshare scheme continues to expand, with Brighton Station, Brighton Marina and the universities among the latest docking stations to be installed. A map of the live docking stations can be found at www.btnbikeshare.com.

Tim Caswell, owner of Hourbike, the company operating the scheme, said: “We came in knowing Brighton and Hove is a unique city with a strong cycling culture, but still the usage figures are even better than we could have imagined! None of our other schemes across UK and Europe have had such a strong first month.”

Chair of the council’s environment, transport and sustainability committee Gill Mitchell, added: “It’s encouraging to hear that BTN Bike Share has had a successful first month and that the bikes are proving popular with both residents and visitors to the city.”