The Liberal Democrats have picked their candidate for the East Brighton by-election which is expected to take place in early February.

The party has chosen 18-year-old activist George Taylor who, if elected, would become the youngest member of Brighton and Hove City Council. 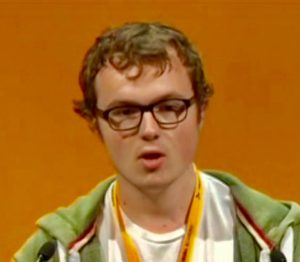 The vacancy will arise when Councillor Lloyd Russell-Moyle steps down now that he is the Labour MP for Brighton Kemptown, having won the seat at the general election in June.

He has signalled his intention to resign his council seat in the next few weeks, having won it in a by-election in August last year.

“We have been calling for Councillor Lloyd Russell-Moyle to stand down from the council since his election as MP for Brighton Kemptown and we welcome the news that he will resign before the new year.

“George is a local 18-year-old with a passion for politics.

“He has been an active member of the Liberal Democrats since 2016, helping fight nearby council by-elections in Seaford and joining the East Sussex County Council election campaign.

“George was a key campaigner in the snap general election in June 2017, supporting Lib Dem parliamentary candidates Emily Tester in Kemptown, Carrie Hynds in Hove and Kelly-Marie Blundell in Lewes. 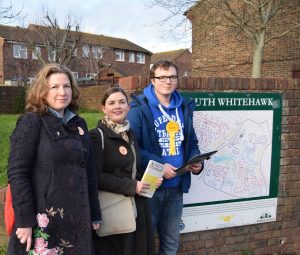 “He also draws inspiration from Stephen Lloyd, Lib Dem MP for Eastbourne, and Stephen’s work with the local community – showing that politics is done best at the local level.

“Recently, George has been campaigning alongside Carrie Hynds for more affordable homes in our city, including gathering signatures for the “Where’s the 40%?” petition and running social media campaigns on Facebook, Twitter and Instagram.”

He said: “It’s a massive honour to be selected as the Liberal Democrat candidate for the East Brighton Ward.

“East Brighton is an area that I know very well, having grown up near by and attended primary school (St John the Baptist Roman Catholic School) in the ward.”

“The success of our affordable homes petition shows that we are standing up for people in Brighton and Hove.

“We weren’t just gathering signatures. We were also listening to people’s individual stories which we highlighted in our presentation to the council.

“I will be the voice that has gone missing in this ward – housing, food banks and parking are just a few of the many topics on which the Labour group have failed the residents.

“The Liberal Democrats bring a fresh voice to the table. All the other parties have had their turn and have been unsuccessful. Now it’s time for the Lib Dems.”

The Labour Party is due to choose its candidate tonight.