Two men from Brighton and Hove who are suspected of drugs and firearms offences are being hunted by police. 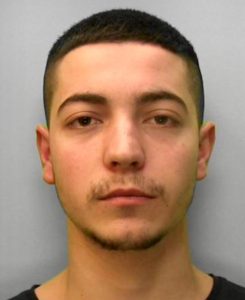 Sussex Police said today (Tuesday 2 January): “Police are searching for two men who are wanted for alleged firearms and drugs offences in Brighton and Hove.

“Orges Dema and Olsi Fizzlaj, both 20, were arrested in the city in December 2016, in a co-ordinated intelligence-led operation by the South East Organised Crime Unit (SEROCU) and detectives from Sussex Police.

“They were released on bail for further inquiries but failed to answer to their bail in February 2017.

“Authority has since been given by the CPS (Crown Prosecution Service) for them to be charged when they are located and arrested.

“Both are dark-skinned and of Albanian descent.

“Orges Dema is described as of slim to medium build, with short dark hair and brown eyes.

“He is wanted for alleged conspiracy to supply cocaine and possession of a stun gun and was last known to have been living in Regency Square, Brighton.

“Fizzlaj, also known as ‘Slim’, is described as tall, of a slim build, with short mousey brown hair and brown eyes.

“He is also wanted for alleged conspiracy to supply cocaine and possession of a stun gun and was last known to have been living in Hangleton Way, Hove.” 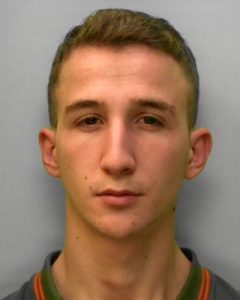 Detective Constable Simon Cheetham, of SEROCU, said: “There is no current information on the whereabouts of either man. They may be together or apart, in this country or abroad.

“However, we believe there will be people in this country with knowledge of their movements over the past few months.

“Anyone who can help is asked to contact us online or by calling Sussex 101, quoting Operation Ironside.