Two taken to hospital after fire breaks out in Brighton house

Two people have been taken to hospital and a road has been closed this morning as firefighters tackle a fire in one of Brighton’s most exclusive roads. 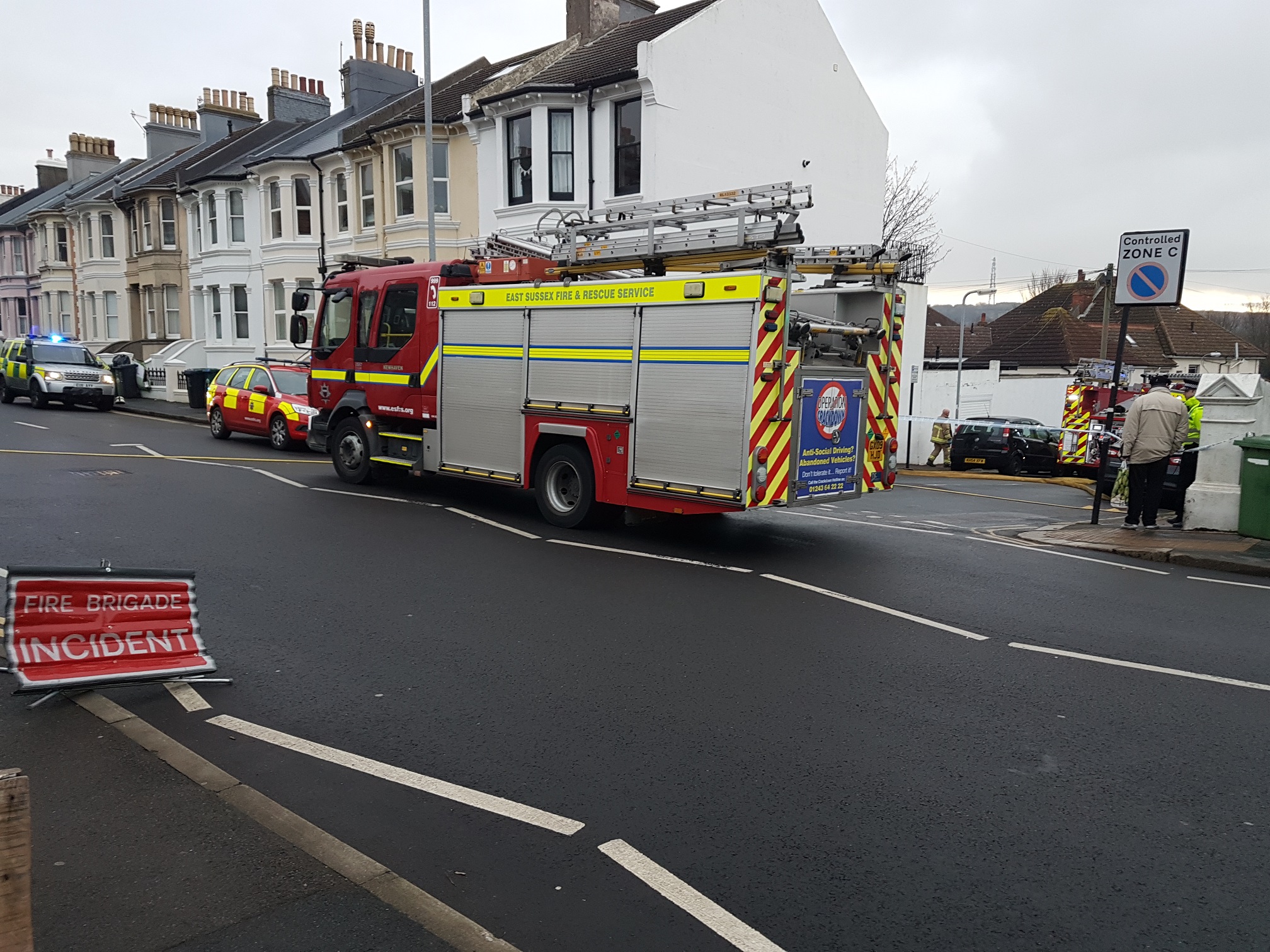 The blaze broke out at about 8am at the flat in West Drive, which runs along Queen’s Park. The section of Albion Hill between Queen’s Park Road and West Drive has been sealed off by police and is filled with fire engines.

A total of four appliances were called to the home at 8.01am, and an aerial ladder platform was used to help extinguish the flames.

A spokeswoman for East Sussex Fire and Rescue Service said: “At 8:01am, firefighters from Brighton and Roedean were called to a residential property in West Drive, Brighton, following reports of a fire.

“Four appliances are currently in attendance. Firefighters are using six breathing apparatus, four hoses and an aerial ladder platform to extinguish the fire.

“Road closures are in place in the immediate vicinity. We are advising the public to avoid the area.

“We were called by the fire service just after 8am with reports of a house fire. We sent one ambulance and two paramedic cars and we’ve taken two people from the flat into A&E to the Royal Sussex with smoke inhalation.

“It’s not thought this is serious but further checks are being undertaken as a precaution.”

On 6:13pm firefighters from Hove and Brighton attended a home in Norton Road following reports of a fire.

On arrival, a small kitchen fire had been put out. It is believed that the fire was caused by a tea towel being left on a stove.

And in the early hours of this morning, at 12.42am, firefighters from Brighton attended a car fire in Jevington Drive.

Firefighters used one breathing apparatus and one hose reel jet to extinguish the fire. The fire was believed to have been started deliberately and Sussex Police attended.