Five men have been jailed for having or selling drugs in Brighton, Sussex Police said.

The force said: “A group of drug dealers who were bringing large quantities of heroin and crack cocaine to Brighton from Croydon have been jailed for a total of 13 years.

“Five men called themselves the TB line and would stay in various hotels in Brighton where they would prepare their drugs to sell on the city streets.

“They were among 75 arrests made during a six-month long operation carried out by detectives from Brighton and Hove Police’s Community Investigation Team into the supply of drugs into the city between October 2016 and March 2017.”

“This had been brought down from Croydon by the group on the previous night.

“This was considered to be a mere snapshot of their regular activities and on other occasions drugs and cash were recovered.

“These sentences are the latest for those arrested as a result of our major drugs operation targeting the supply of heroin and crack cocaine into the city.”

And at a trial at Lewes Crown Court last September, Joseph Sseruwo was found guilty of having criminal property – £900 that had high traces of heroin contamination.

But the jury were unable to reach a verdict regarding his alleged role in the conspiracy. He was acquitted by a jury at Portsmouth Crown Court at a retrial which took place last month.

At Lewes Crown Court last Thursday (1 February) Ogunnowo, 22, of Crest Road, Croydon, was jailed for three years for conspiring to supply heroin and crack cocaine and having cannabis.

Changambi, 20, of Browning Close, Crawley, and Cinan, 20, of Lavender Sweep, London, were both jailed for two years and nine months for the same offences.

Sseruwo, 24, of no fixed address, was jailed for six months for having criminal property – the unexplained £900 cash. He was also fined £100 for having cannabis. 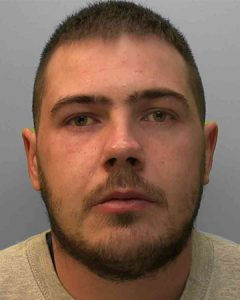 Burrell-Ashbee, also known as Billy or Big Billy, was jailed for four years when he appeared at court on Friday 26 January.