Guest director David Shrigley, a Turner Prize nominated graphic artist, spoke about the value of art despite “not demonstrating many skills myself”.

The 49-year-old, who lives in Kemp Town, is reviving Life Model II, at Fabrica, the gallery that is currently crowdfunding after its public funding was cut.

Life Model II, which was shortlisted for the Turner Prize in 2013, involves displaying a 9ft tall robotic life model which visitors can draw.

Shrigley’s work has been described as darkly humorous, commenting on “the absurd, inconsequential and disquieting elements of daily life”.

His “offbeat take is reflected in an eclectic programme spanning music, theatre, dance, visual art, film, literature and debate”, according to the Festival.

Shrigley is the tenth guest director and helped to shape the programme for the 52nd Brighton Festival which runs from Saturday 5 May to Sunday 27 May.

When it comes to the arts, he said: “Brighton really punches above its weight.”

And Brighton Festival chief executive Andrew Comben told Shrigley at a launch event: “I love the way you’re using the Festival as a platform for other artists.”

The Festival opens as usual with the Children’s Parade – the largest event of its kind in Europe – produced by Same Sky. The theme this year is paintings.

Other family events include Snigel and Friends from leading UK disabled dancer Caroline Bowditch’s company. the world premiere of I Wish I Was a Mountain, a re-imagined version of Herman Hesse’s classic fairytale from the writer, performer and former Glastonbury Poetry Slam Champion Toby Thompson, and the UK premiere of Apples, a wordless and charming feast for the senses.

The Festival also continues its emphasis on programming work in the community with the return of Your Place – two weekends of free performances and arts activities in Hangleton and East Brighton. 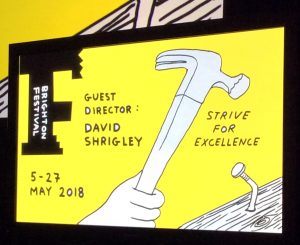 The community programme has been arranged in partnership with Brighton People’s Theatre and local steering groups.

Both weekends will present international and national artists alongside local artists and community groups.

Your Place joins regular free participatory events such as City Reads and Young City Reads – and Without Walls, two afternoons of free arts in the parks.

The Brighton Festival flagged up and the return of last year’s initiative which encourages audiences to “pay it forward” by donating £5 on top of their ticket price to be match-funded by the Festival to create a £10 ticket voucher for someone unable to afford the opportunity.

David Shrigley said: “As a resident of Brighton and Hove, the Festival is always a delight.

“Those who have visited the Festival before will know that having such an incredible array of events occur in our city every year is a great privilege. 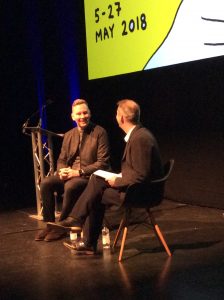 “One of the best things about the Festival for me is that it can be a voyage of discovery.”

Andrew Comben said: “Like Brighton Festival, David Shrigley’s work is for everyone. Both powerful and funny, his work manages to speak to an incredibly wide audience.

“Alongside his own artwork, he is also a great advocate for the arts helping our health and wellbeing.

“We are thrilled that David is bringing his distinctive take to the Festival and the city he has now made his home.” 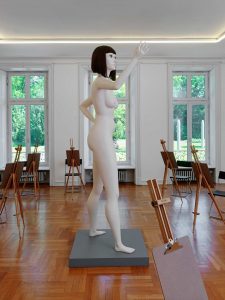 Hedley Swain, the south east area director for the Arts Council England, said: “Brighton Festival is one of the year’s cultural highlights, not just in Brighton itself – but nationally.

“It presents a programme of work that is accessible, imaginative, exciting and inspiring, engaging audiences from across the city and beyond – a programme that we are pleased to support.

“David Shrigley has a wonderfully dark and offbeat take on life and I really look forward to seeing his influence on this year’s Festival.

“Art and culture make a huge contribution to Brighton’s success and its reputation for excellence.

“With its international reach and fantastic programme, which spans a wide range of art forms, Brighton Festival is a significant part of what makes Brighton such a great place to live, work and visit.”