Cyclist injures arm and leg after crash with van

A cyclist was taken to hospital with a suspected broken arm and leg after being hit by a van in London Road this afternoon. 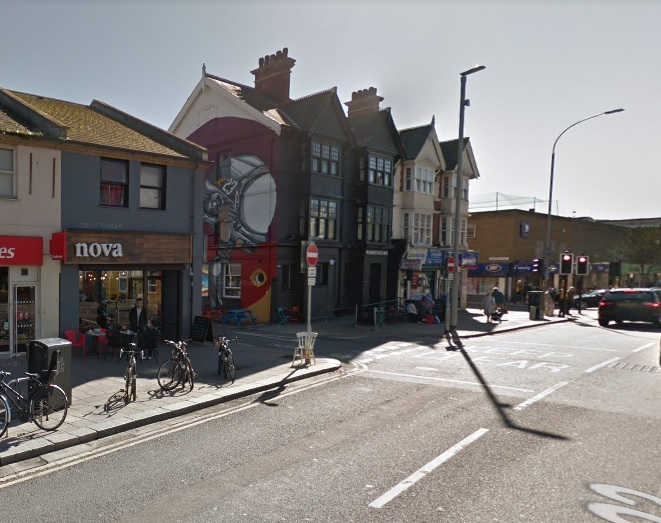 The crash happened at the junction with Francis Street near the Open Market shortly before 1pm, leading to the road being closed for about half an hour.

A passer-by who saw the accident said: “The van turned out of the road next to Presuming Ed’s and the Nova cafe. I just heard a bang and the bloke screaming before I came out of the Open Market to see his legs and bike under the van.

“Loads of people were helping the man. The van driver was obviously distraught. Traffic was held up on London Road because of it.

“It was pretty shocking to see.”

A Sussex Police spokesman said: “Emergency services were called to London Road in Brighton at 12.55pm on Tuesday (February 20) following a collision between a van and a cyclist.

“The cyclist, understood to be a man in his 30s, was taken to hospital with a suspected broken arm and leg.

“The road was blocked for a short while by the incident, but was clear by around 1.30pm.

“Anyone who witnessed the collision is asked to report online at https://sussex.police.uk/appealresponse or call 101 quoting serial 518 of 20/02.”

⚠ Due to an accident on London Road, just north of Oxford Street, the Police have closed this section of the road in both directions. Our #BH5, #BH5A and #BH5B services are currently diverted via Oxford Street, Ditchling Road and Stanford Avenue both ways. ⚠

A spokesman for South East Coast Ambulance Service said: “Ambulance crews in an ambulance and two cars attended the scene following reports of a collision involving a cyclist and a vehicle.

“The cyclist was treated at the scene for a leg injury before being taken to Royal Sussex County Hospital.”