No weather warning for Brighton – but snow might yet fall

As the beast from the east approaches the UK and forecasters say we could see the coldest temperatures for years, the Met Office has issued a snow warning which just misses Brighton. 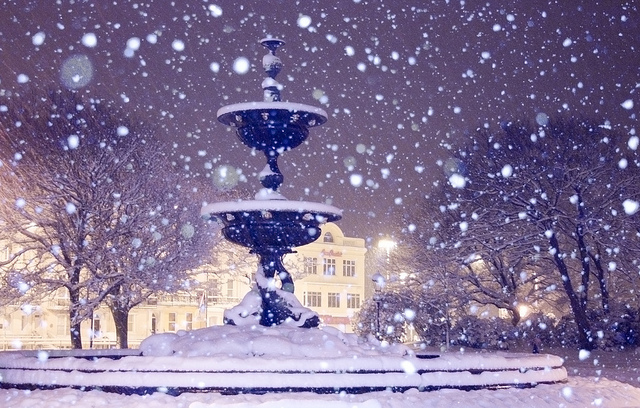 The Victoria Fountain in the snow. Picture by Dominic Alves on Flickr

The yellow weather warning, in place from 4pm on Monday and throughout Tuesday, warns of snowfall of up to 10cm in places – as close as Ditchling.

At present, the South Downs are set to provide their usual barrier for the south coast west of Hastings – but the warning adds that the exact locations and timing of snowfall is still very uncertain.

And with the BBC forecast predicting light snow for Tuesday morning, it’s still possible Brighton and Hove could see some proper snowfall for the first time since 2012.

The warning says: “Snow showers may become persistent from late Monday afternoon, continuing overnight and throughout Tuesday. There is the potential for travel delays on roads, stranding some vehicles and passengers, as well as delays or cancellations to rail and air travel.

“Some rural communities could become cut off. Power cuts may also occur and other services, such as mobile phones, may be affected.

“At this stage the development of these shower bands and the exact locations and timing of these is very uncertain.”