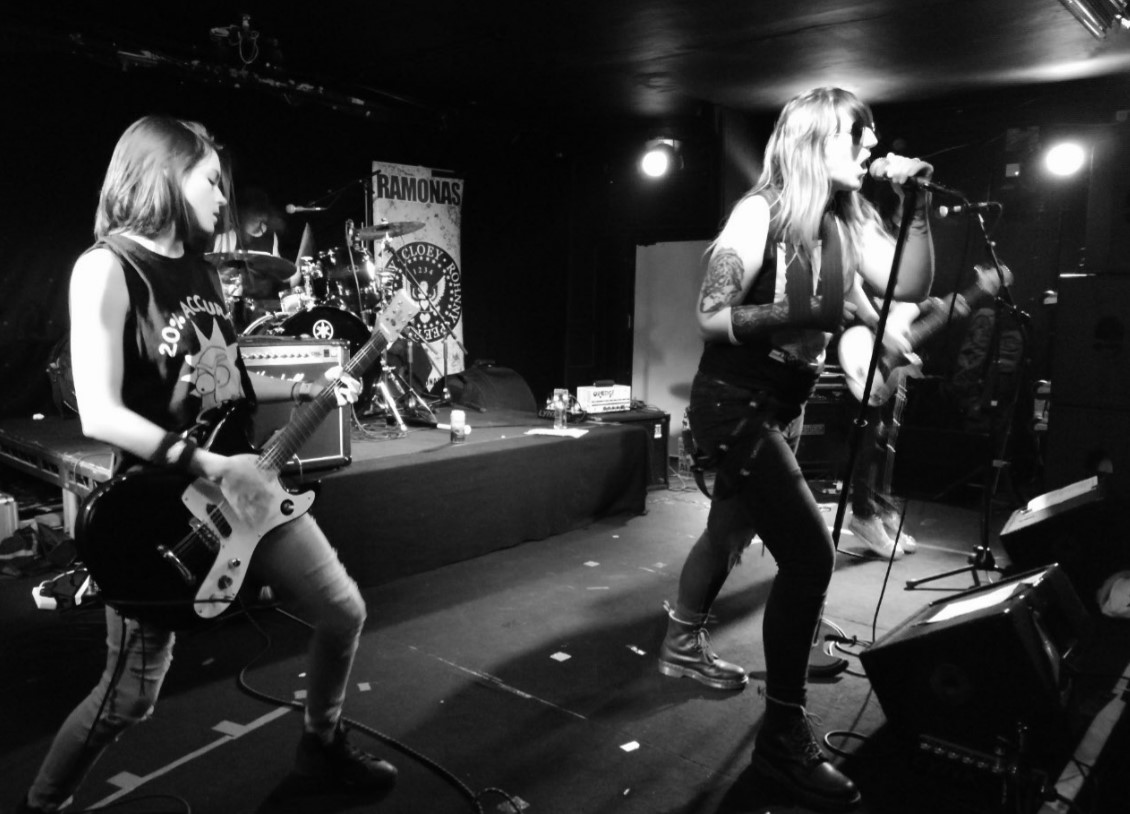 There’s no denying it – The Ramones are absolute legends! Let’s pray that they’re in Rock’n’Roll Heaven looking down on us shouting “1-2-3-4”. 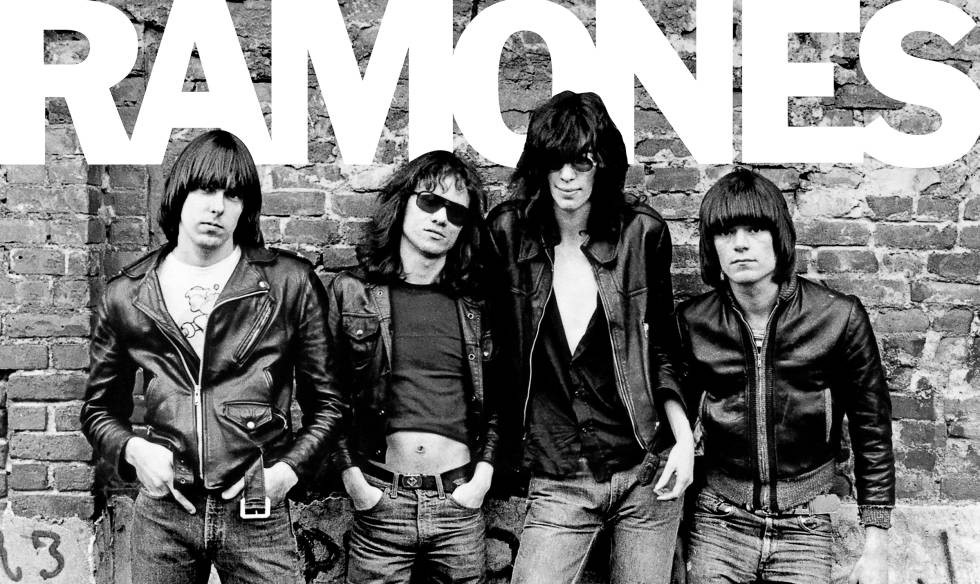 They were musically active from 1974 to 1996 and their influence around the world has been totally immense! I swear I was watching a programme on tv the other day about lost jungle tribes and blow me down, one of the little girls was wearing a pink Ramones t-shirt. I went on to watch The X-Files and there again was an episode centering around The Ramones version of ‘California Sun’. 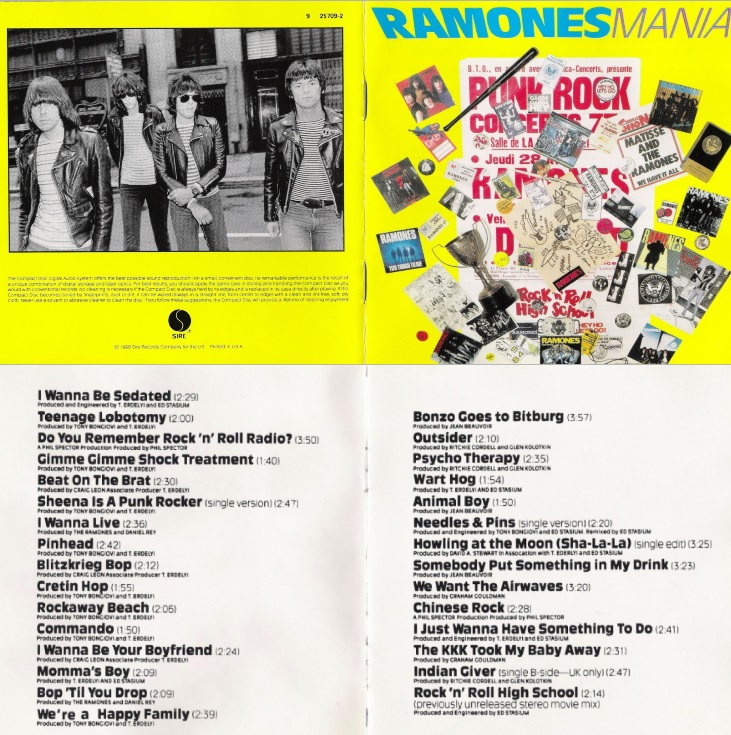 More than two decades on from their sad demise, there is a true need for all things Ramones – enter The Ramonas. 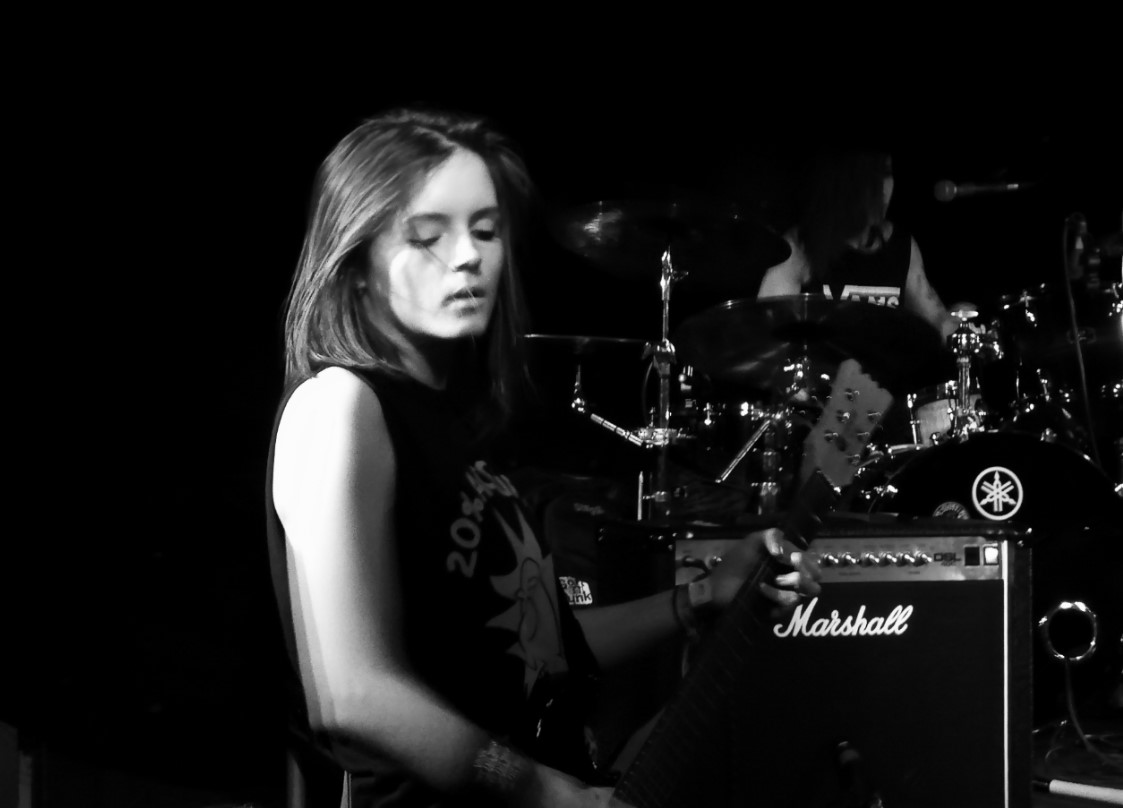 Maxine and Camille Ramone live at The Con Club

The Ramonas are an all-girl Ramones tribute act. Some of ye olde faithful might be thinking that this might not be a grand idea. Well, I will put your fears to rest straight away – just click here and enjoy.

Those true believers of continually flying the ‘All Things Punk Flag’, namely The Big Blue Shed promotions company also have faith in The Ramonas and so does punk legend Charlie Harper (of the UK Subs fame) as he has lent his services to the Ramonas ladies on their terrific new album of self-penned material called ‘First World Problems’ and indeed came along to their local gig at The Con Club in Lewes and even joined them on stage – what a privilege. 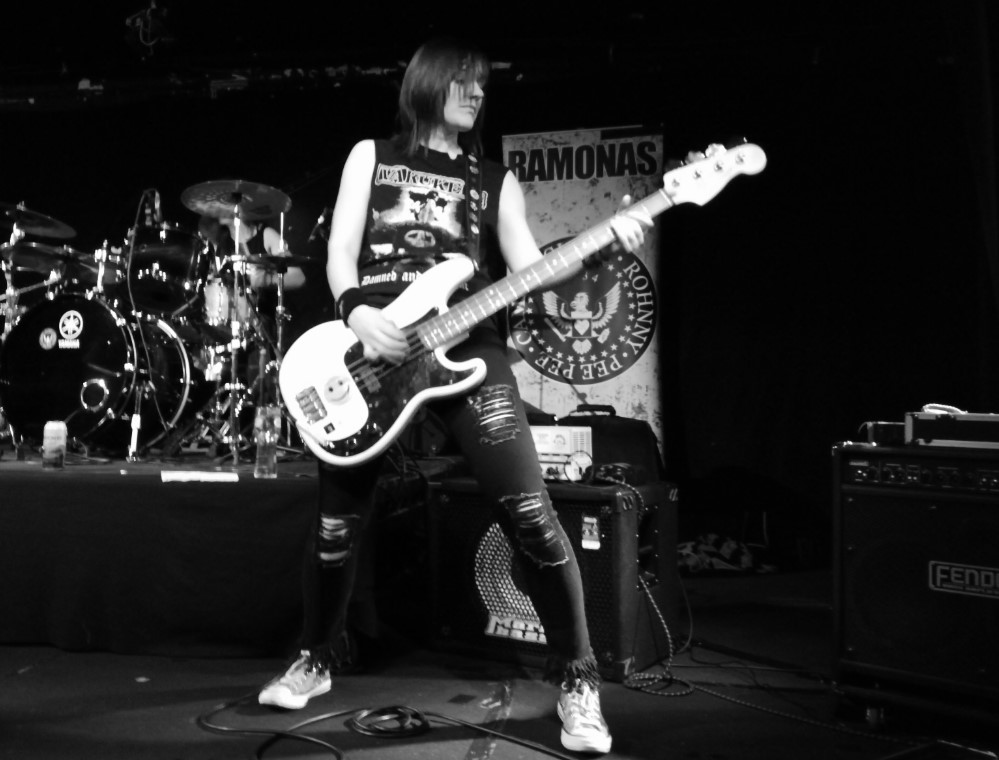 The Ramonas have embarked on a tour in celebration of the 1988 30 track ‘Ramones Mania’ compilation album, which feature a selection of Ramones material from 1976 to 1987. Tonight Cloey Ramona, Rohnny Ramona, Pee Pee Ramona and Cammy Ramona performed 29 of the 30 tracks (‘Outsider’ from the 1983 ‘Subterranean Jungle’ album strangely being omitted). However, we did get a few added treats at the end of their blistering raucous set, namely their own compositions ‘Tearaway’ and ‘First World Problems’ and they might have even played ‘Cotton Wool Kids’ according to their setlist, but I am not so sure as they also added The Ramones classic ‘Judy Is A Punk’ and ‘R.A.M.O.N.E.S’ as the two final songs. The latter track being successfully covered by Motorhead. 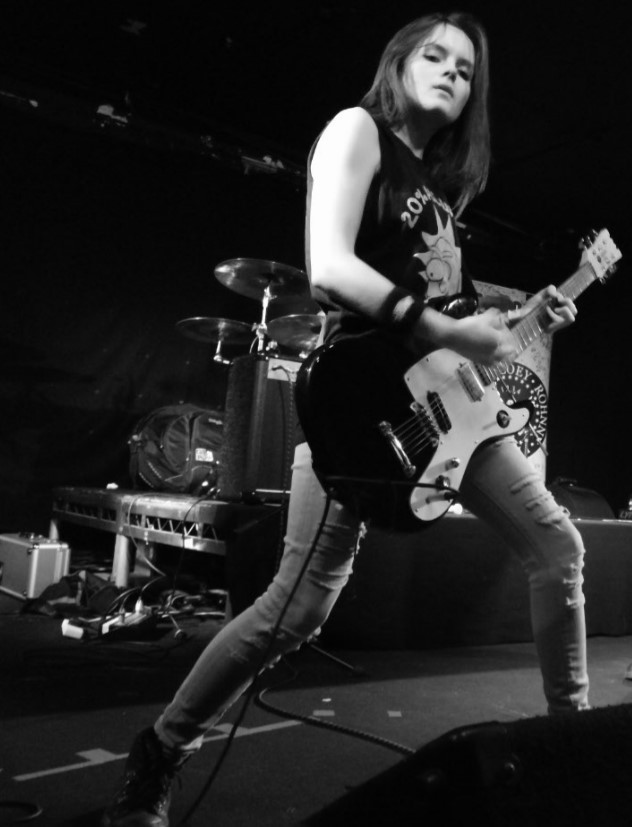 Seems like the girls enjoyed themselves too according to their Facebook post, which reads: “Good morning Facebookerz! What a night at Lewes Con Club  last night, huge thanks to everyone who joined us for a sunday night punk party, love you all! Big thanks to Charlie UK Subs  for joining us on harmonica too! Hope you all enjoyed the live feed”. 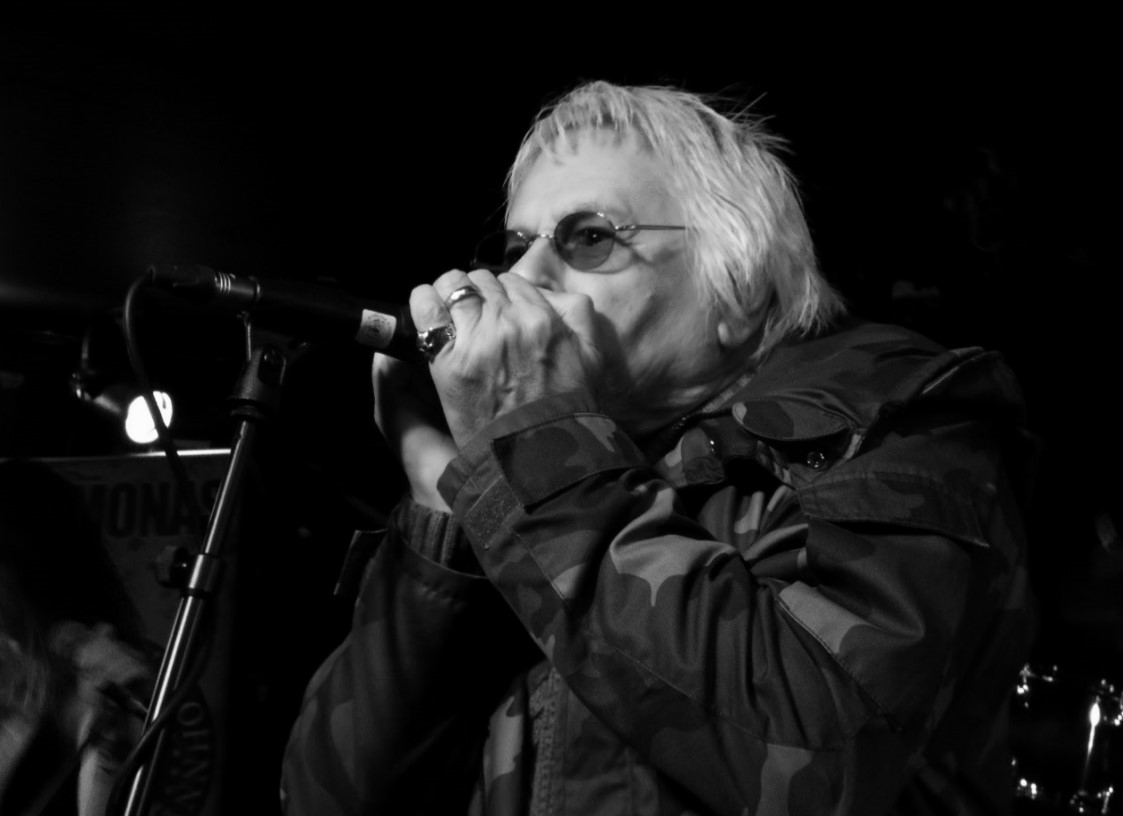 I have already made a note of the next Ramonas Sussex gig on Thursday 5th July in Worthing and I for one intend to go!

Support tonight came from Penny Blood (which is made up of former members of Peter & The Test Tube Babies and Pig City Angels) and Alligator Smile. 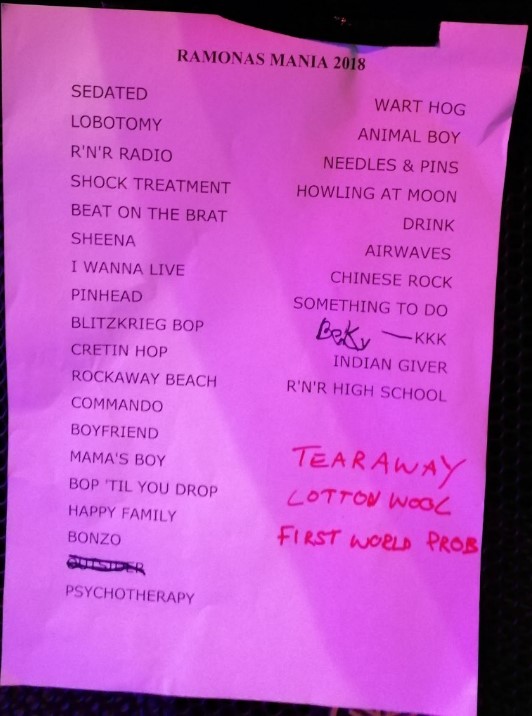 One of The Ramonas setlists from the Con Club gig 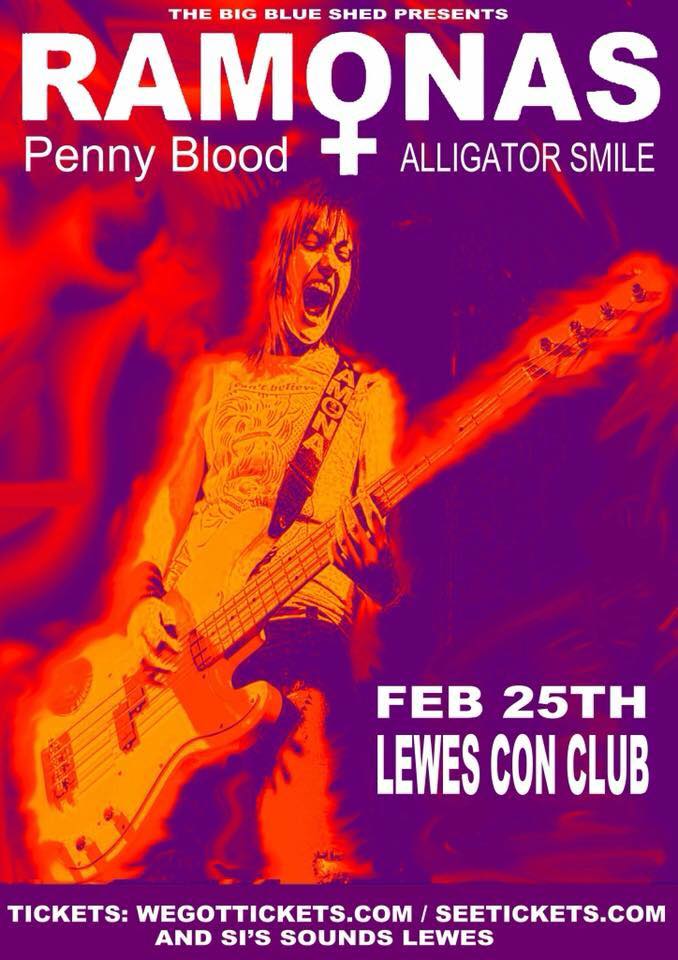 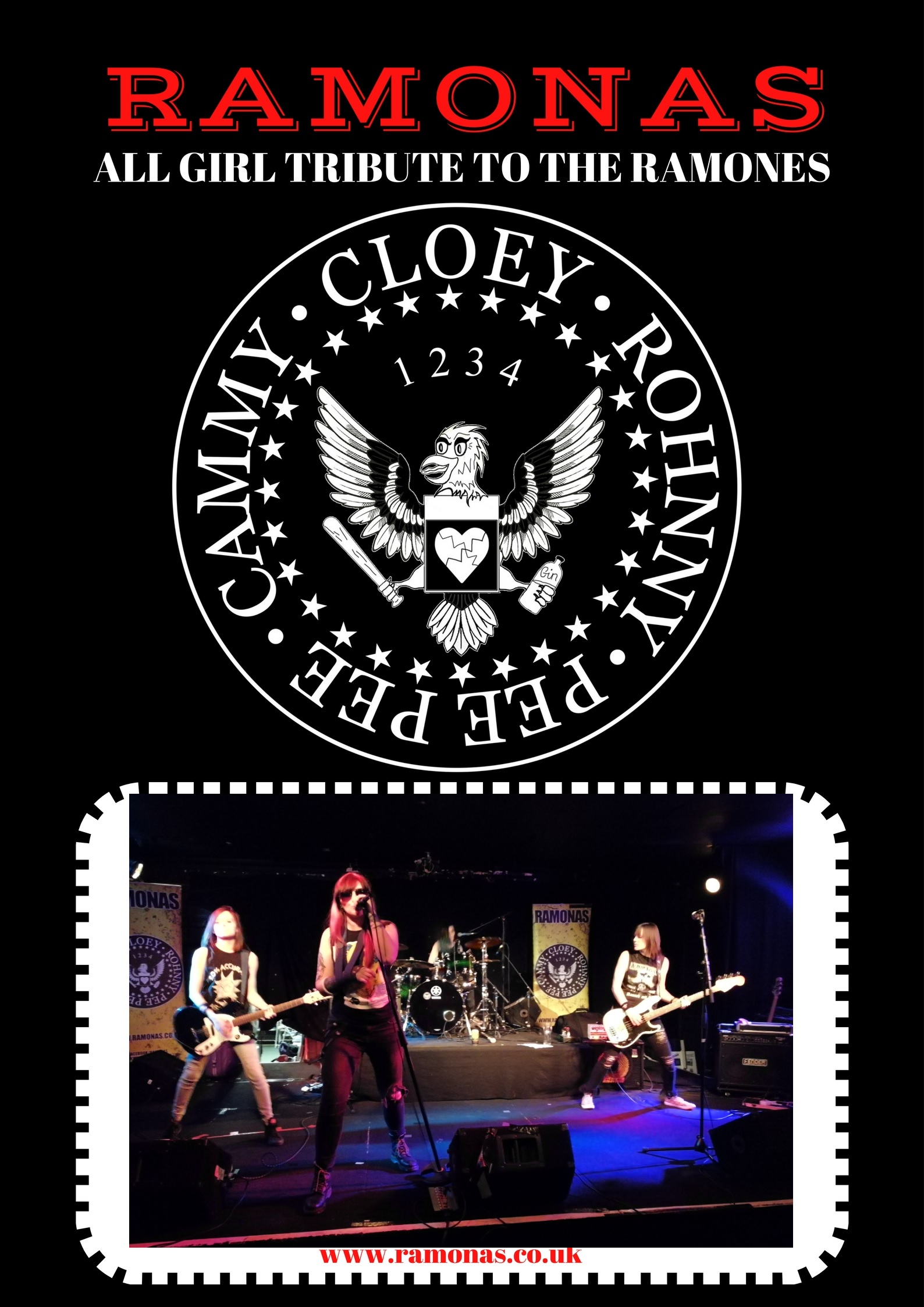 The Ramonas at Lewes Con Club