A child sex offender has been jailed for 17 years for abusing a Brighton schoolgirl.

Leigh McMillan, 46, tried to rape his young victim and indecently assaulted her, a jury was told at the Central Criminal Court – known as the Old Bailey – in London. 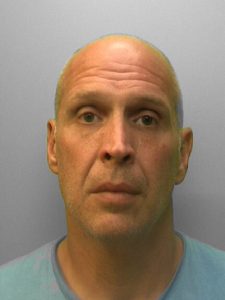 McMillan knew the girl who was about 10 when he started abusing her.

He abused her until she was 15, having deliberately groomed her, Judge Bruce Houlder said..

McMillan, of Grangers Croft, Hodge Lea, Milton Keynes, lived in Brighton at the time of the abuse which took place from 1995 to 2000.

The jury found him guilty of six counts of sexual offences against the girl and not guilty on two charges.

McMillan, unemployed, pleaded not guilty to all the charges but was convicted after a six-day trial.

The judge ordered the sentences to be served consecutively, making 17 years in total.

McMillan was also jailed for 10 years and four years concurrently for two counts of indecently assaulting a girl under 14.

He was also given two jail terms of two years concurrently for two counts of gross indecency with a girl under 14.

He was given a sexual harm prevention order and placed on the sex offenders register for life.

Judge Bruce Houlder said that McMillan “showed no remorse at all for the warped and persistent offences” – and the “deliberate grooming” of the victim caused her “severe psychological harm”.

Detective Constable Jemma Paterson said: “This has, understandably, been a very difficult time for the victim.

“By pleading not guilty, McMillan put his victim through the ordeal of giving evidence and having to re-live the abuse she suffered from him.

“I would like to commend her, her family and her friends who all bravely came to court to give evidence.

“It has been a long and stressful ordeal for the victim where we provided the support she needed and we are pleased she has finally got justice.