Albion are unchanged for the visit of Arsenal to the Amex.

The Seagulls will be looking for their first victory over the Gunners since September 1982. The Albion have narrowly lost twice to the North Londoners in FA Cup ties in 2013 and 2015. 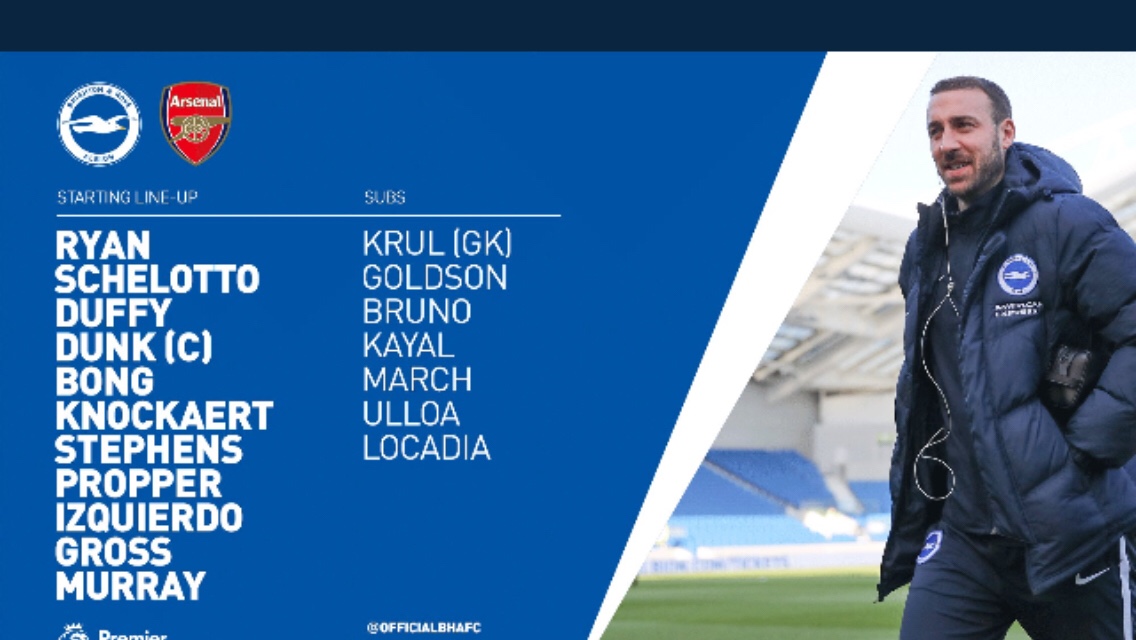 And with the Gunners out of sorts, the Seagulls have an ideal opportunity to chalk up their first Premier League win over one of the big six sides.

Toys R Us in Hove to close within weeks