The ‘kids’ are united again for an angelic sham 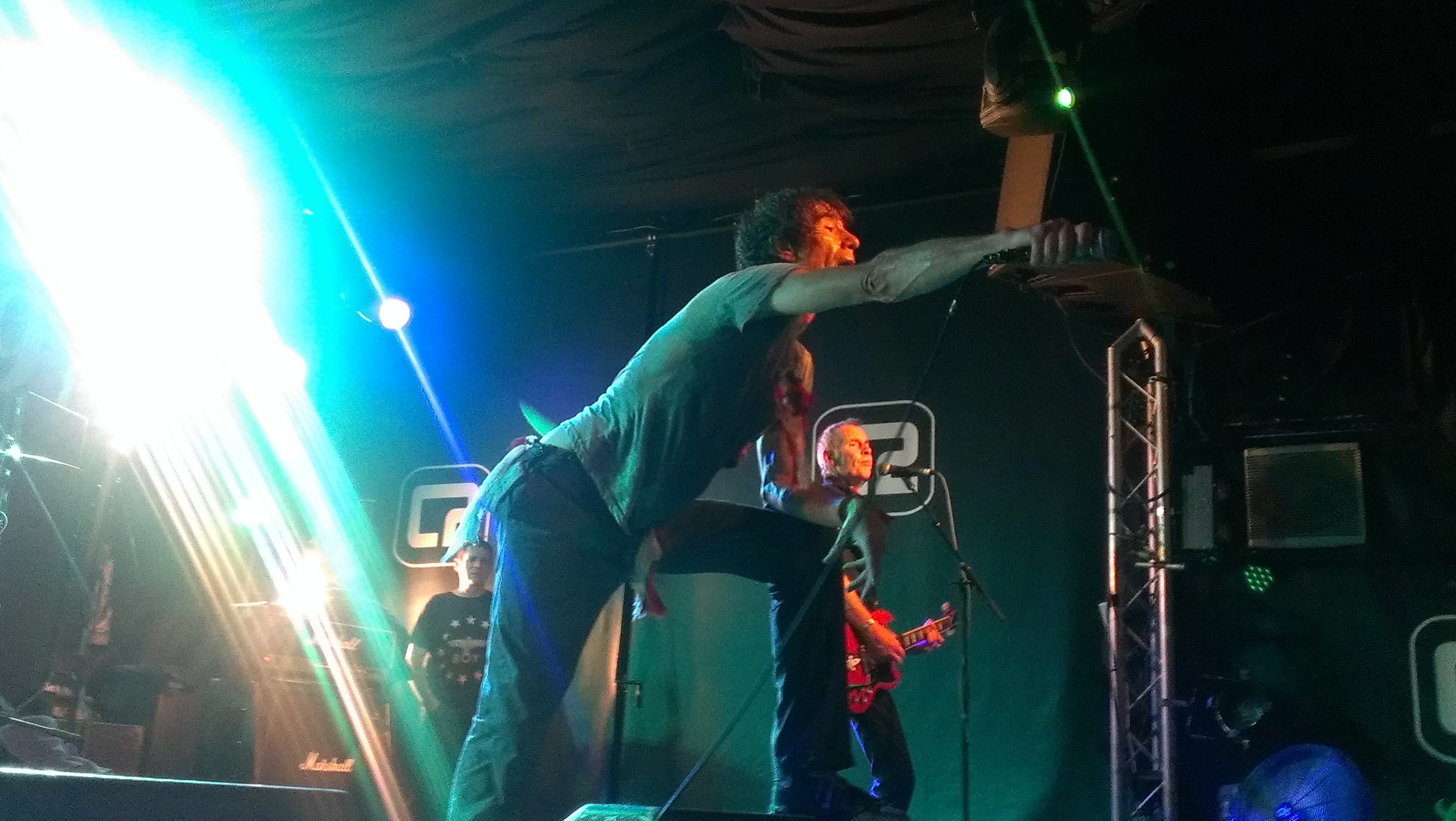 Sham 69 return to the Concorde 2

Two years ago on 11th June 2016, I made the correct decision to go and watch Sham 69 and the Angelic Upstarts play their exciting live sets at the Concorde 2 in Brighton instead of watching England’s sad 1-1 draw with Russia on the telly.

England conceded a late goal and there was quite a bit of trouble on the terraces with hooligans, whereas one suspecting trouble at our punk gig, would have been somewhat bemused as everyone was getting on just fine at the event on Brighton seafront. 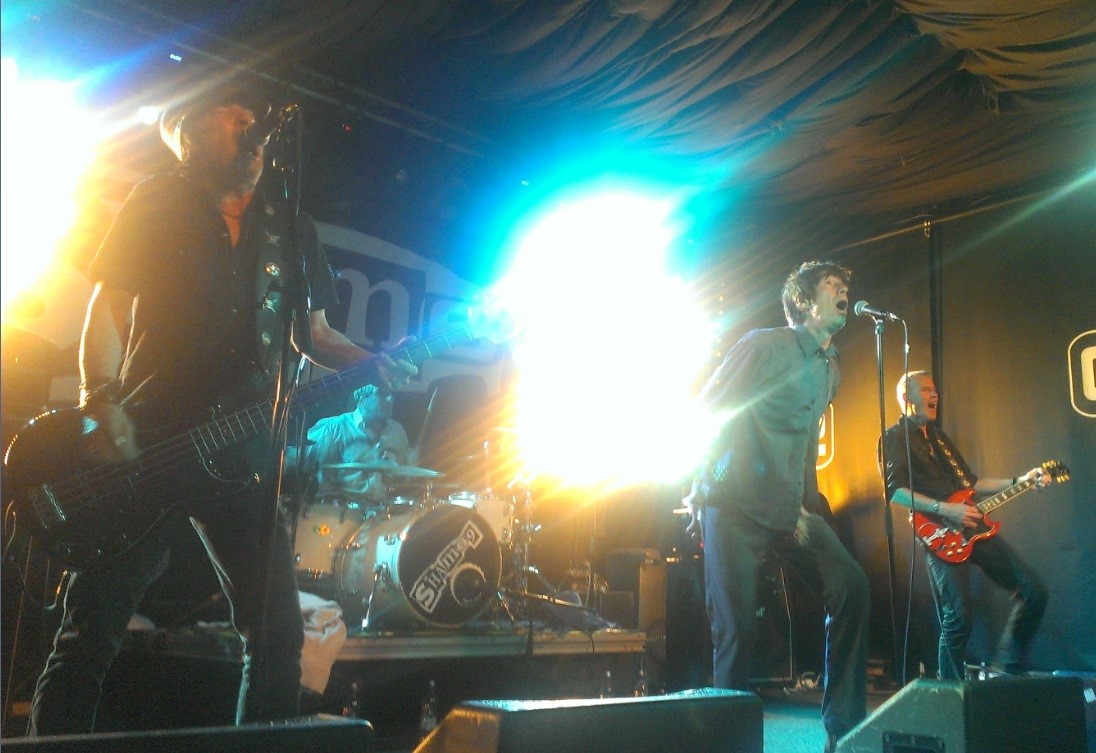 Obviously Jimmy Pursey (of Sham 69) and his compatriots get on just fine with Mensi and his Upstarts, as they have announced that they are returning to the same venue on Saturday 20th October and I for one intend to be there!

Their previous Concorde 2 gig was most enjoyable and this is what I reported at the time…………………………………….“Next up were 1977 vintage socialist working class South Shields punk rock legends the Angelic Upstarts. Never one’s to shy away from politics this lot! Tonight portly singer ‘Mensi’ is sporting a bright yellow t-shirt emblazoned with the slogan ‘Resistance is not terrorism’ and a Palestinian lady carrying a gun topped with her country’s flag (available on eBay for £9.99). They have always highlighted their denunciation of racism, unlike certain right-wing skinhead bands of the time”. 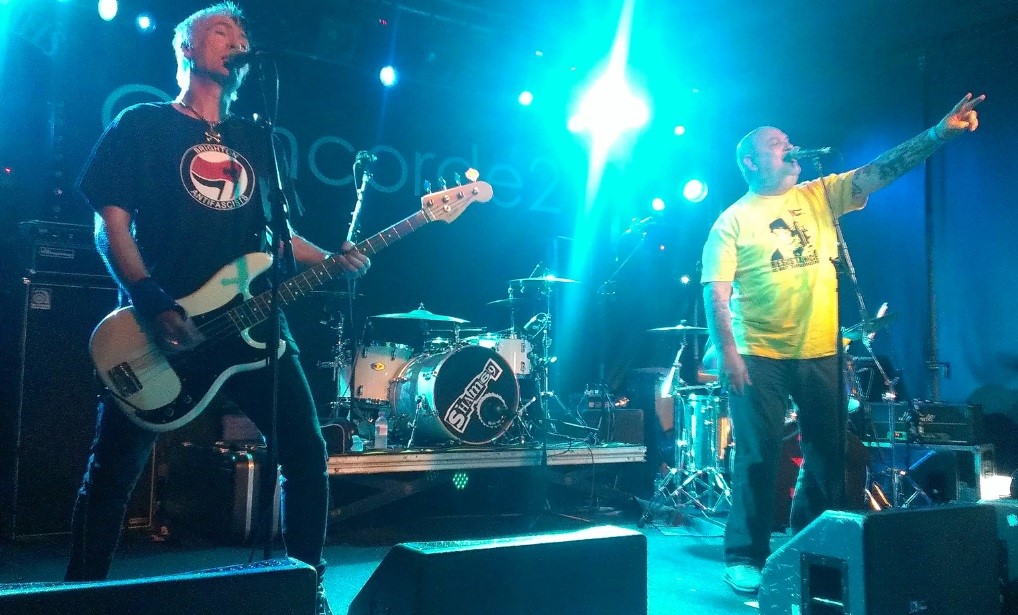 The Angelic Upstarts last appearance at the Concorde 2, Brighton in 2016

“OK time hasn’t been kind to Mensi and the boys, however, if those gig goers were to shut their eyes and ‘The Upstarts’ sound exactly as they did back in 1979/80 when they were riding high in the Top 40 charts! Highlight songs tonight being ‘Two Million Voices’, ‘The Murder Of Liddle Towers’ and new track ‘Give The Fox A Gun'”.

“Headliners Sham 69 topped the very sweaty evening off with a fantastic nostalgic set (see below). With Jimmy Pursey now back with original 1977 band members Dave Parsons and Dave Treganna it was going to be very in-your-face! Not sure what has happened to drummer Mark Cain though, then it would have been all four members of the classic line-up.” 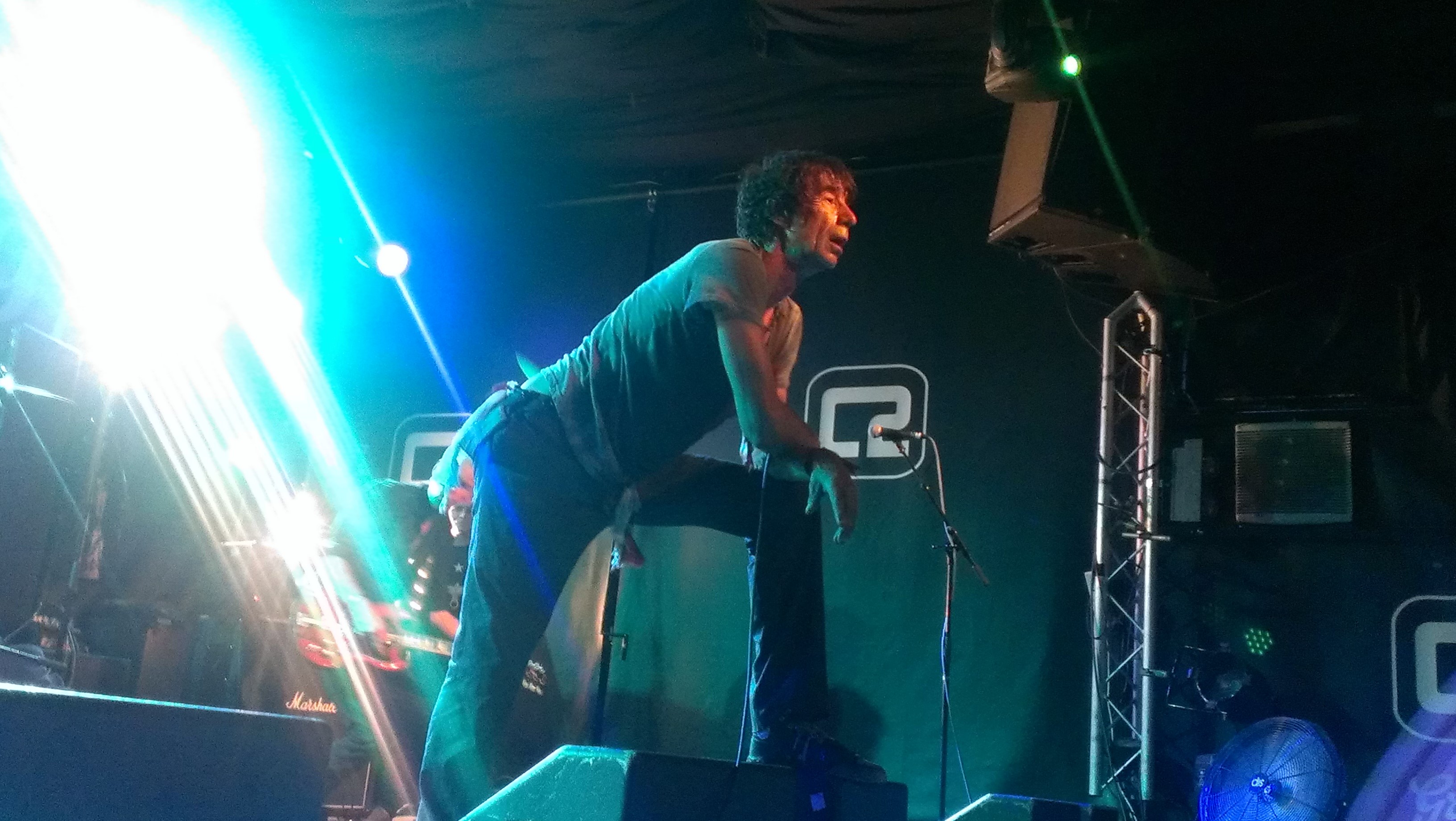 Sham 69’s Jimmy Pursey pictured at his last appearance at the Concorde 2, Brighton in 2016

“Jimmy Pursey always reminded me of a wayward Tucker Jenkins (ask your parents!), it must be those eyebrows or menacing eyes! But these days he is in the Mick Jagger club, if you catch my drift. Having said that, he still has loads of energy and really engages with the crowd. Every track was enjoyable but if pushed, ‘Angels With Dirty Faces’ was the best track.” 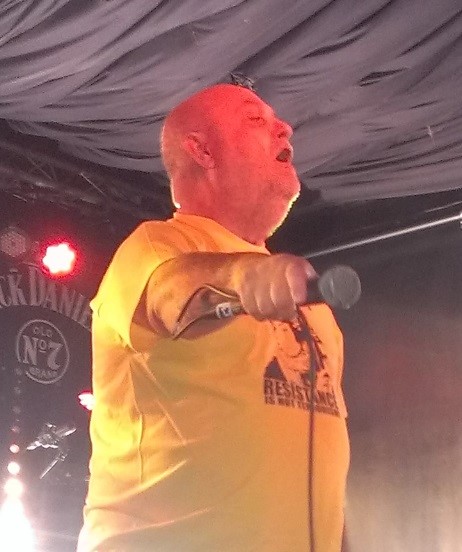 Mensi of the Angelic Upstarts pictured at his last appearance at the Concorde 2, Brighton in 2016 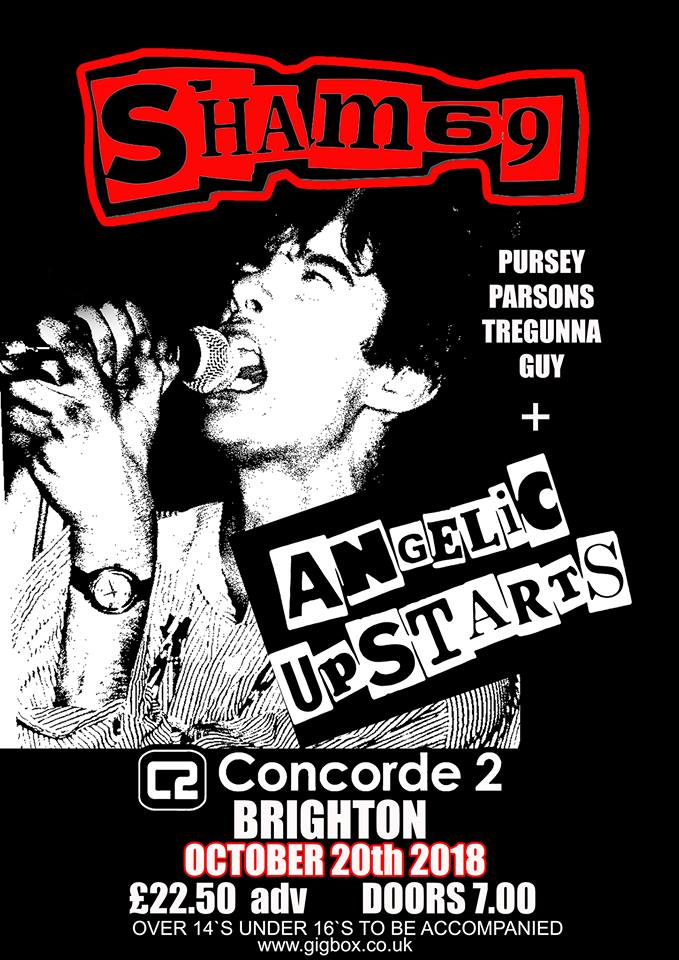