A Brighton secondary school said that it had been given encouraging feedback from education watchdog Ofsted after a monitoring inspection.

The school, Longhill, said: “We have now received the report from this inspection and we are pleased to tell you that our journey to becoming a ‘good’ school is firmly on the right track.

“While the report points out the areas which still require more action in order to reach the highest standards, it is an overwhelmingly positive report that reflects the hard work and determination to succeed shown by senior leaders, governors, staff and students.

“The report clearly highlights improvements that the school has made since its last inspection in 2016 and includes strong acknowledgements of these from the students themselves. Some of these include

* Through better-quality day-to-day teaching and learning, we are raising standards, without losing any of the school’s welcoming atmosphere

“The leadership and governing board of Longhill High School are very proud of the recognition given in this inspection report.

“We very much appreciate the ongoing support of our students, parents and the wider community, who are a vital part of our journey to improve the educational experience of all the students at Longhill High School.” 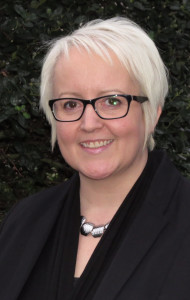 Her Majesty’s inspector Janet Pearce visited the school in Rottingdean on Thursday 22 February for a short inspection, known as a “section 8” monitoring inspection.

The visit came almost two years after Ofsted said that the school “requires improvement ” – the second lowest rating out of four.

Head teacher Kate Williams joined shortly afterwards. She started about six months after the departure of Haydn Stride, who had unsuccessfully appealed against an earlier verdict of requires improvement from Ofsted.