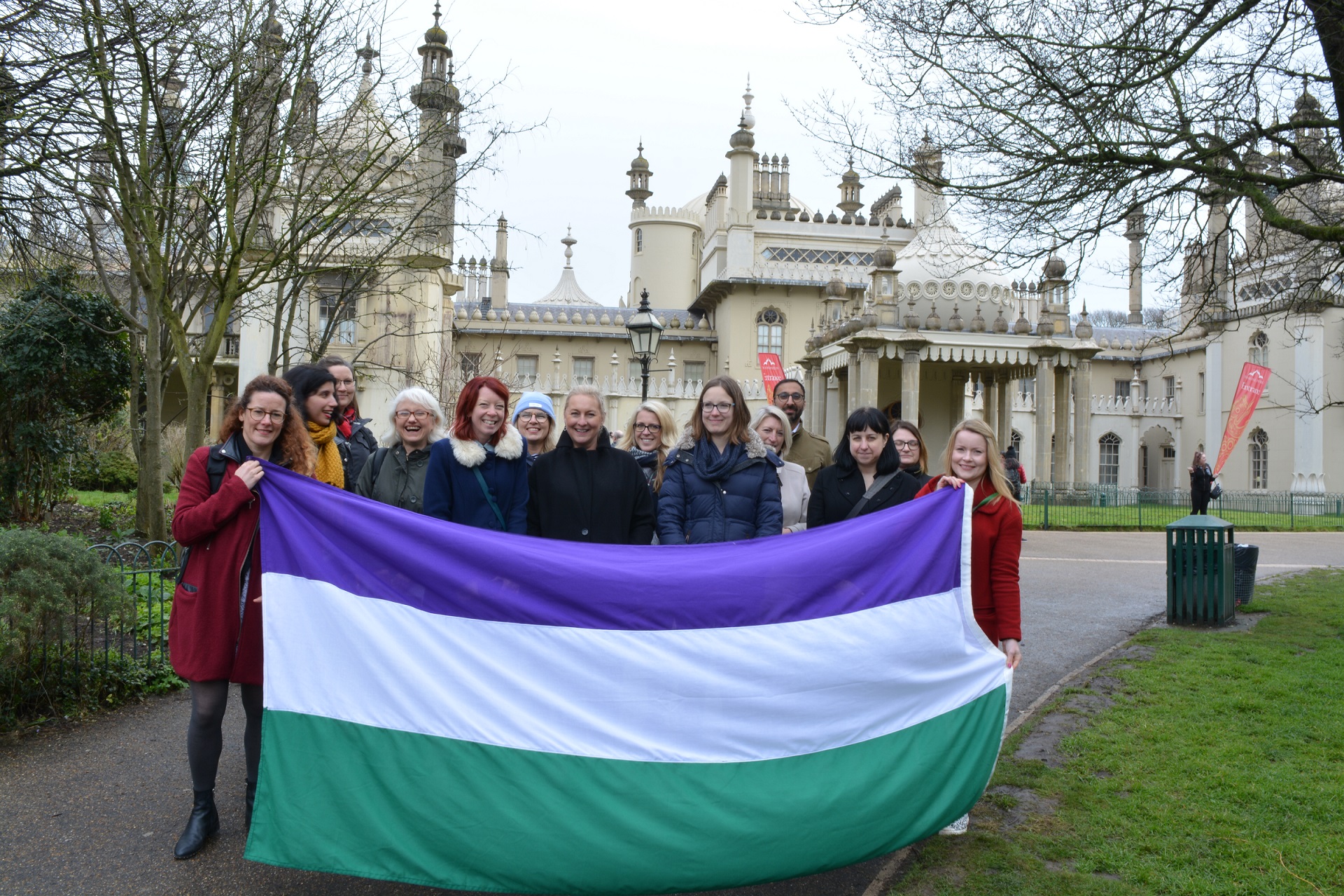 The centenary of the first women being given the right to vote in UK elections was marked this week with the unveiling of the Suffrage Flag outside Brighton Pavilion.

The flag is the centre of a relay between the women’s networks at government departments and agencies across the UK and yesterday, staff from Brighton-based The Pensions Regulator (TPR) flew the flag around the centre of the city. They were accompanied by local historian Louise Peskett who highlighted the lives of notorious women from Brighton.

The Pensions Regulator Chief Executive Lesley Titcomb said: “It was only 100 years ago that life was very different for women living in the UK. 1918 was the year that some women won the right to vote. We have come a long way in a relatively short amount of time and this is a wonderful opportunity to celebrate that.

“I am proud to be the female chief executive of The Pensions Regulator and celebrate the high number of women we have both in our workforce and in senior roles.

“The Suffrage Flag Relay is a powerful reminder of the sacrifices women made for equality in the UK. It also acts as an incredible motivation to people seeking equality that it is possible and things can change.”

The year of centenary activities, including the flag relay, will culminate on December 14, the 100th anniversary of the first parliamentary vote that included women. The flag can be followed on social media using the hashtag #SuffrageFlagRelay.