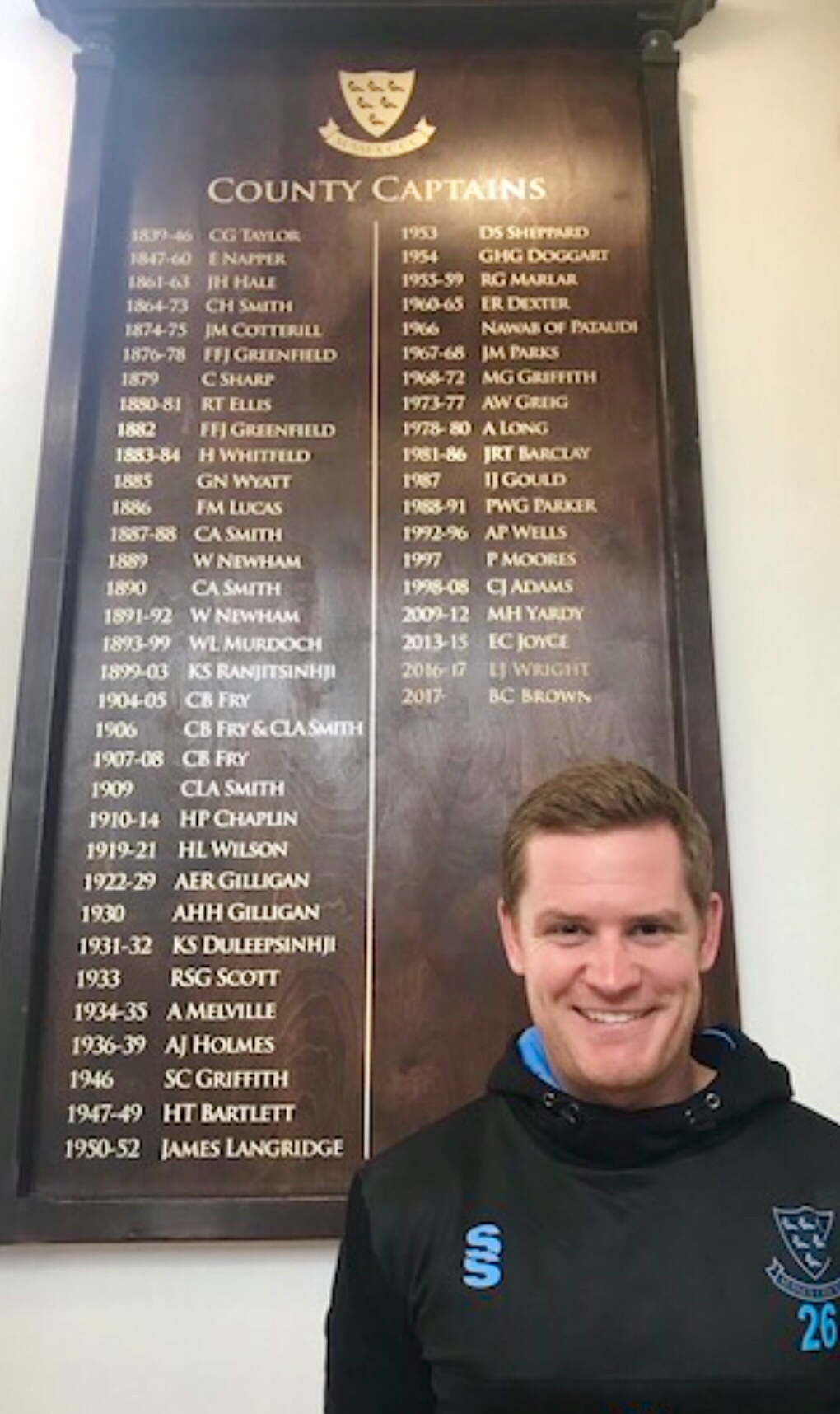 Brown, 29, becomes the 52nd person to hold the position in the club’s 179-year history.

The wicketkeeper-batsman will captain Sussex CCC in the Specsavers County Championship and Sussex Sharks in the Royal London One-Day Cup.

He replaces Luke Wright who will, though, lead the Sharks in the Vitality Blast T20 competition this season.

Reacting to his appointment, Brown said: “Everyone that knows me knows how passionate and proud I am to be a Sussex player, so to become club captain today is a special day for me and my family.

“I am hugely honoured to join the special names on the board of captains at this historic club and I will endeavour to do everything I can to move us forward both on and off the field.”

“Having now spent time around the squad, it’s clear he’s a real leader among this group of players and he was the outstanding candidate.

“On the pitch, I’m sure he’ll do a fantastic job of leading the side in the Championship and the one-day competition.

“I know Ben would have loved to have taken charge in all three competitions but we need to make sure we manage his workload as best we can.

“As a batsman and wicketkeeper and our club captain, Ben plays a number of massively important roles in the squad and so it was felt that by asking Luke Wright to captain the T20 side this would make sure that Ben was not overloaded.

“We’re very lucky to have someone of Luke’s calibre to take the reins in the short form. He has vast experience of the game all over the world, something that will be of tremendous value in leading the T20 side.”

Wright said: “I’m really excited and proud to lead the boys in the T20 competition this season.

“There is a real sense of excitement working under our new coach and when I was asked by Jason I was delighted to accept.

“To get this opportunity to captain one of the most promising-looking Sussex T20 sides in years is fantastic. I can’t wait for the campaign to get under way in July.”