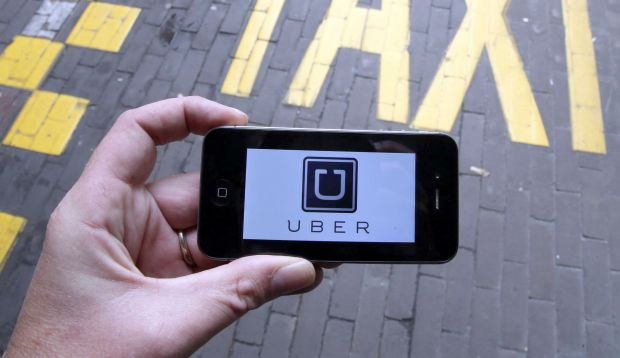 Uber was yesterday accused of trying to have its cake and eat it at a hearing to decide whether or not it should be allowed to continue operating in the city.

One on hand, Uber said its global outlook and status as a “disruptor” meant it struggled to adapt to local regulations in the UK – although it insisted it was doing its best to comply with these.

But on the other, it said that its Brighton subsidiary did not work with enough drivers to make it subject to Brighton’s requirements that 20% of an operators fleet should be wheelchair accessible vehicles if it has more than 100 cars.

Although many more Uber cars than this are able to operate in the city because of the relaxation of cross-border rules, only 62 work directly with the Brighton subsidiary.

The issue of non-Brighton licensed drivers working in the city was also raised several times, particularly in the light of what the licensing panel which originally granted Uber its licence thought was an undertaking to only allow Brighton drivers to accept rides here at the hearing in 2015.

But Uber’s head of cities Fred Jones said that his words had been ambiguous and when he realised they had been misinterpreted by the panel – when Uber applied for the licence to be renewed in October 2016 – he had written to the the council to correct this, after which the year-long renewal was approved.

Cllr Lizzie Deane, who was on the original panel which approved the licence, said: “We gave the licence in good faith after various undertakings were made at that hearing. We are not just talking about the letter but the spirit as well.

“You are playing it both ways. It suits you to say you’re a big company but when it comes to playing on a level playing field you say we are too little to do it.”

However, barrister Philip Kolvin, representing Uber, said it would be “irrational” for the panel to refuse to renew the licence on these grounds.

“As a relative newcomer in the UK, it’s had to get used to the idea that different areas have different requirements and it’s spent considerable time and in meeting these requirements.

“It’s not as much as some of the private hire companies would like but it’s far more than Uber is required to do.

“The criticism to which Uber has been subjected has been partly fair and partly unfair but it has spurred Uber on to improve its processes.

“If Uber was providing a dangerous or untrustworthy service in this city it would be very obvious by now on a statistical basis. But that evidence is not there.”

Gerald Gouriet, representing local taxi companies, raised the question of the difficulty of controlling out of areas cars, which are outside the council’s jurisdiction.

He said: “As night follows day, if you want to control local licensing control, if you feel it’s being eroded there’s all the power you need provided by the statute.

“What I ask you to avoid doing is to throw your hands up in the air and say there’s nothing we can do.

“Certainly I shout at my television often enough, the power is there.”

Chair of the panel Jackie O’Quinn also raised these concerns when questioning Uber, saying that a recent move to stop London drivers using the Uber app in Brighton had in some ways been counter productive.

She explained that many drivers had instead become licensed in Lewes, and as Brighton had an enforcement agreement with Transport for London (TfL) but not Lewes, this had actually made licensing control harder.

Barrister Charles Holland, representing the Unite taxi forum, argued that Uber drivers operate as hackney carriages rather than private hire drivers because they are hailed in a similar fashion, and so therefore Uber drivers should be subject to the same licensing conditions – including a quota and a requirement to operate in the area in which they are licensed.

He said: “Uber’s technology is a smokescreen. It says its partner drivers are in control – they have complete autonomy choosing where to work, when and which jobs to take. Nobody gives them any direction or instruction. They are the boss.

“The only difference between Uber and hackney carriage is that the display of availability is done on the app. By disrupting, all they want is to have their cake and eat it … in essence they seek to avoid local control.”

Mr Kolvin said that both Mr Holland and Mr Gouriet’s legal arguments were “nonsense” and criticised them for not having allowed him sight of them before the hearing.

Uber was first granted a year-long licence in 2015, which was renewed for another year from November 2016 because it had then only been operating in Brighton for a few weeks.

The following year it again applied for a renewal, but this was only granted for six months, with extra conditions attached, following concerns being raised by Transport for London, which had just refused Uber’s London renewal.

These concerns included its approach to reporting serious criminal offences, how medical and enhanced DBS checks were made and its failure to properly explain how Greyball, software which prevents officials from booking Uber rides, works after it was used in other countries to thwart licensing control.

A five-day court hearing of Uber’s appeal against Tfl’s refusal to renew its operators licence in London is due to take place in June.

Yesterday’s panel also heard from three women customers of Uber who were supporting its application.

Sunetta Kyrie, 25, who moved to Brighton two years ago, said: “Brighton is a city rife with innovation and it would be foolish not to take the opportunity to support this innovative taxi company.

“As a woman I experience a very safe experience with Uber. I’ve used both local companies and Uber and I think they’re equally as good.”

Claire Alcock, a marketing director who moved to Brighton last year, said: “When we moved I was delighted to discover that Brighton offered the same range of options as London.

“I didn’t have to go to the trouble of finding a local taxi company number or asking for recommendations, I could just instantly tap into a network of drivers.”

And writer Caroline Jones, who lives in Brighton with her husband, Noel Gallagher’s keyboard player Mikey Rowe, said she didn’t care where drivers came from.

After explaining how the app improved their family’s quality of life by making it easier to move around the city, she said: “I don’t care where the drivers come from – often they come from Sudan and I spend time chatting to them about their life there.

“In terms of my freedom and my desire to use this service, it doesn’t matter to me. I have never had an unlikeable driver or an unsafe journey with Uber.”

Peter Woodcock, a hackney carriage driver who is licensed in Lewes but rides via Uber in Brighton also spoke in support of the application.

A decision was initially expected to be announced tomorrow. However, the panel was not able to reach a decision yesterday and will reconvene later this week in private to consider the large amount of representations made. An announcement should be made soon afterwards.