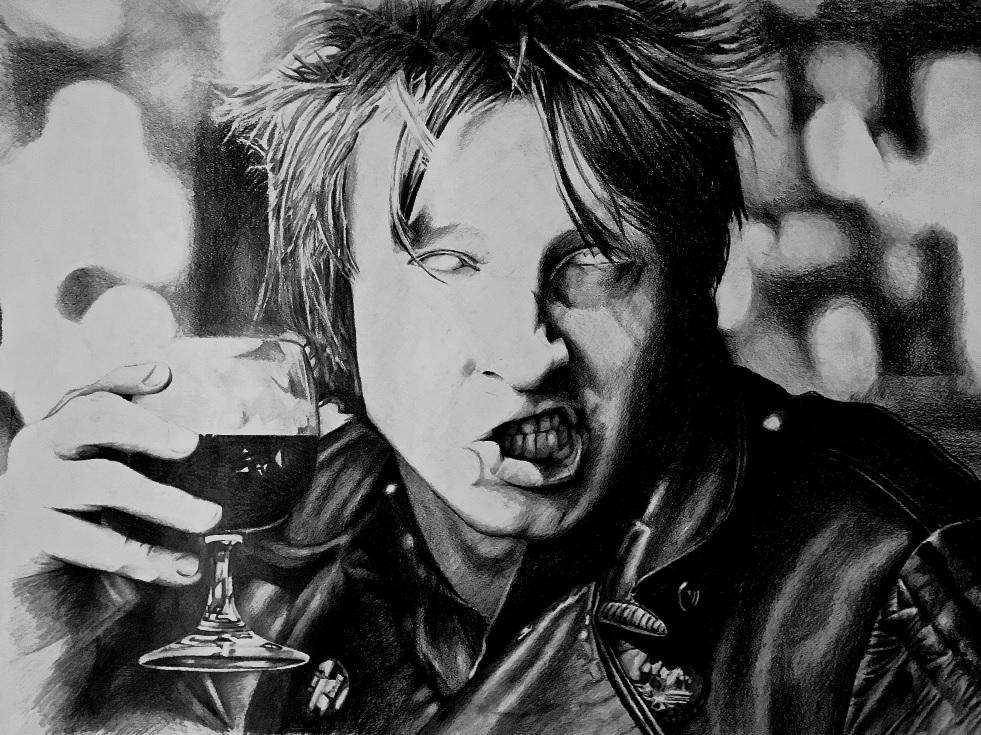 The legendary drummer and founding member of The Damned, Rat Scabies, has announced a special Q & A session about the 1977 punk wars, which is set to take place at The Con Club in Lewes on Monday 21st May.

Ahead of this interesting evening, the Brighton & Hove Music Editor had an intimate little chat with Rat to find out more……………..

Rat: (Laughs) “Not much really” (said in jest)…..”It’s a funny thing today that everyone thinks that when punk rock arrived, it was sort of this massive sensation that swept across everywhere and suddenly we were more popular than sliced bread. And actually it wasn’t, it was quite small and insular and so that lasted quite a while”.

“And so a lot of the people that want to come along (to the show) and talk about it. They kinda wanna know about that, because there weren’t that many that were there at the time. And they kinda heard about the 100 Club and the punk rock festivals. You know what I mean? And the Nashville Rooms and all those kind of early gigs and the things that went on. So I think that people coming along want to hear about some of that stuff. So I tend to leave it open to the audience what they want to find out about. I’m not going up with a scripted lecture saying ‘This is how I invented punk rock’. It’s kind of much more of a conversational and trying to find out what people are interested in and talking about that. And giving, I suppose, my point of view on what was going on when I was there”.

“And The Damned (has) had such a long career, that it can cover quite a lot of ground, because it can go into stages really”. 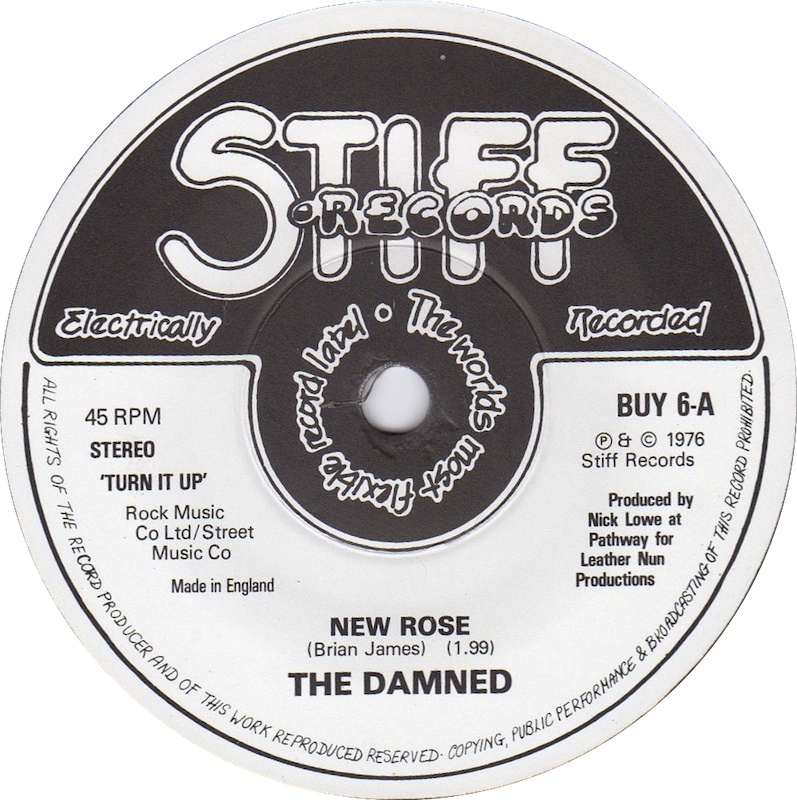 The first UK punk single ‘New Rose’ by The Damned

B&HN: Yes it does, definitely, because you released ‘New Rose’ and got in first before anyone else, as legend has it. You were in from the beginning weren’t you?

Rat: “Well kind of yeah, as in terms of the English punk scene, yes definitely, but there was one in New York”. 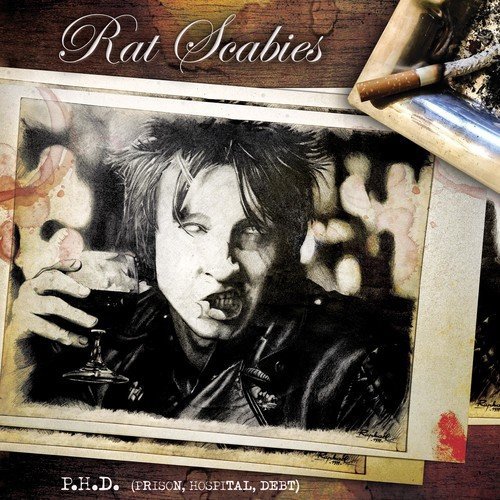 B&HN: You’ve got a new album (titled ‘PHD – Prison, Hospital, Debt’) coming out soon. Did you want to tell us a bit about that and how it came about?

Rat: “Just really ‘cos I have always been writing songs and doing things, you know, and errrm, somebody was talking to me about putting out some of the stuff that had already come out on compilations and things like that. And I thought, I’ve got all this other stuff that’s really OK, but it never actually came out for one reason or another, and stuff I had written recently as well”.

“It’s not a load of shabby old demos that I’ve cobbled together, to try and make an album, with some stuff that goes right up to now. It covers quite a lot of ground, you know, quite a time period, but at the same time it’s all the stuff I kinda like”. (Laughs) It never saw the light of day and some of it was just spoken word dialogue and stuff like that, with a background of music. It’s not necessarily the sort of thing that had a commercial patch”.

B&HN: So what time period are we talking of? So 2018 back to roughly when?

Rat: “At least ‘96/’95. Maybe a little bit earlier than that actually, maybe even kinda ‘87. So yeah it does go back. But I always have this sort of thing about recordings that I have set up at home and then I open up my own places. And I do some of it there and then I sort of carried on recording around the house – wherever I can fit a drum kit”. (Laughs).

B&HN: Yeah, I know what you mean. Is this your first solo album or not?

Rat: “I’m quite pleased that people seem to be reacting quite nicely to it, saying they like it. So I’m really thrilled, ‘cos I never really expected to do it”.

B&HN: No, it’s great! Have you got a release date for it yet?

B&HN: What sort of formats?

Rat: “I think it’s coming out on everything, vinyl etc”.

B&HN: How many tracks has it got?

Rat: “There’s twelve on the album and it’s on Cleopatra Records”.

Rat: “Yep that’s right. I’ve known them for a long time, from just doing Damned things and being around”.

B&HN: Yep, they are finger on the pulse!

Rat: Yeah, they are pretty good, ‘cos they’re not necessarily worried about selling a million records, you know. They are quite happy to have 100 artists and such. I’m just pleased that they still take an interest and releasing the music out there”.

B&HN: Yeah! What genre would you say it is? Is it punk? Is it is rock? Is it something different?

Rat: (Laughs) “Cor I dunno. It covers a lot of ground. It’s a really difficult question to answer”.

Rat: (Laughs) “It’s not ‘cos it’s made with a commercial ear. It’s quite leftfield. And a lot of it is about the moods I was in at different times. Sometimes it was styling, sometimes is was three minutes of anger and other times it was something a bit more. You know, trying orchestral if you like and a bit more arranged and a bit more musical”.

B&HN: Oh excellent! So obviously you mentioned about The Damned. I think Pinch is the current drummer, so if he was no leave, would you step in again? Or is that not really on the cards?

Rat: “Well you know, I kinda did my bit with that and it was great fun and thanks very much guys, but today it’s not the same thing”.

Rat: “And I’m not the same person and neither are they….and so it’s highly unlikely!” 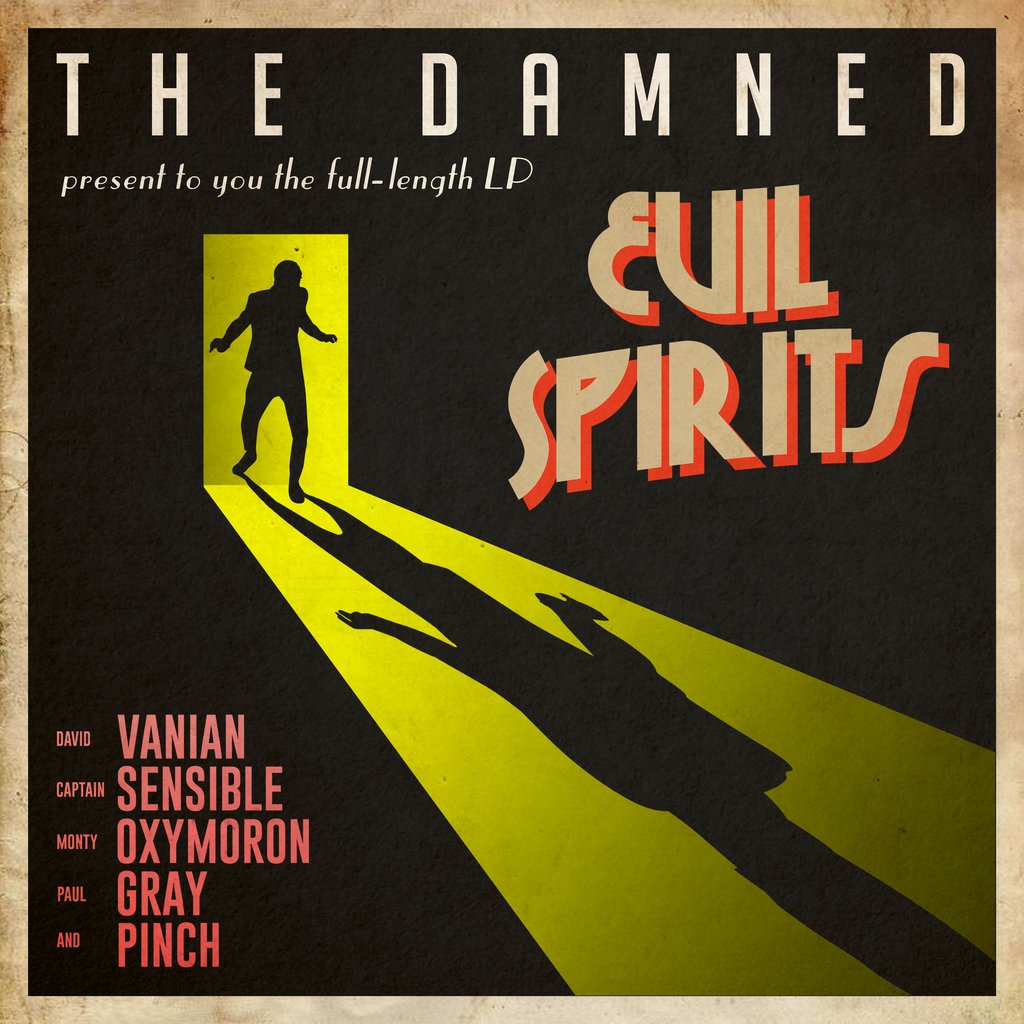 B&HN: So what was your thoughts about their ‘Evil Spirits’ album going in the Top 10 this week?

Rat: “Oh good luck to them – well done (said meaningfully!). It really shows…I’ve always said this, the one thing that kept the band alive, was its audience and its fans. And I think it really shows once again, they’ve come through for the band. You know?”

Rat: “Cos when the band was on hard times, you know. We go and play and there was always a lot of crowd there, and we can go and earn enough money to like keep going for another couple of weeks. And I have always said that they were the ones that deserved the most thanks”.

B&HN: Ahhh that’s nice to hear as I’m one of those! Excellent, that’s really, really good. Obviously, you’ve got the gig coming up Lewes, so is this like your first Q & A that you’ve ever done or is it part of a tour, I’m not sure?

Rat: “No, I’ve been doing them randomly on and off for quite a while. It all started with the Holy Grail thing really”. 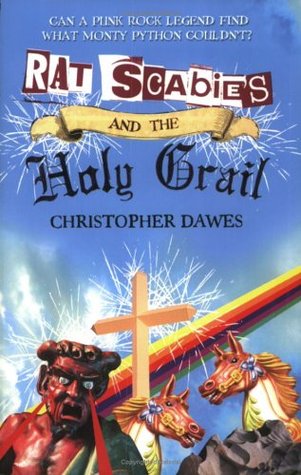 Rat: “The was a book that came out called ‘Rat Scabies and the Holy Grail’ which was about my quest for the grail”.

Rat: “It did pretty good and it was around and it was very much a lecture thing that. Book circuit and esoteric world, and umm I was already a part of that and then it finally came up to do some lectures on the book and talk about things like that. And so somebody said that you should talk about the band and punk rock, and so now I kind of flit between the two”.

B&HN: What you were actually physically looking for the Holy Grail or have I missed the point?

Rats: “No, it was great fun!. It was a lot of going down to France and the Rosslyn Chapel and all the grail places. I mean we did it a few years ago. It was just before ‘The Da Vinci Code’. So it was kind of, we were in the right place at the right time”. 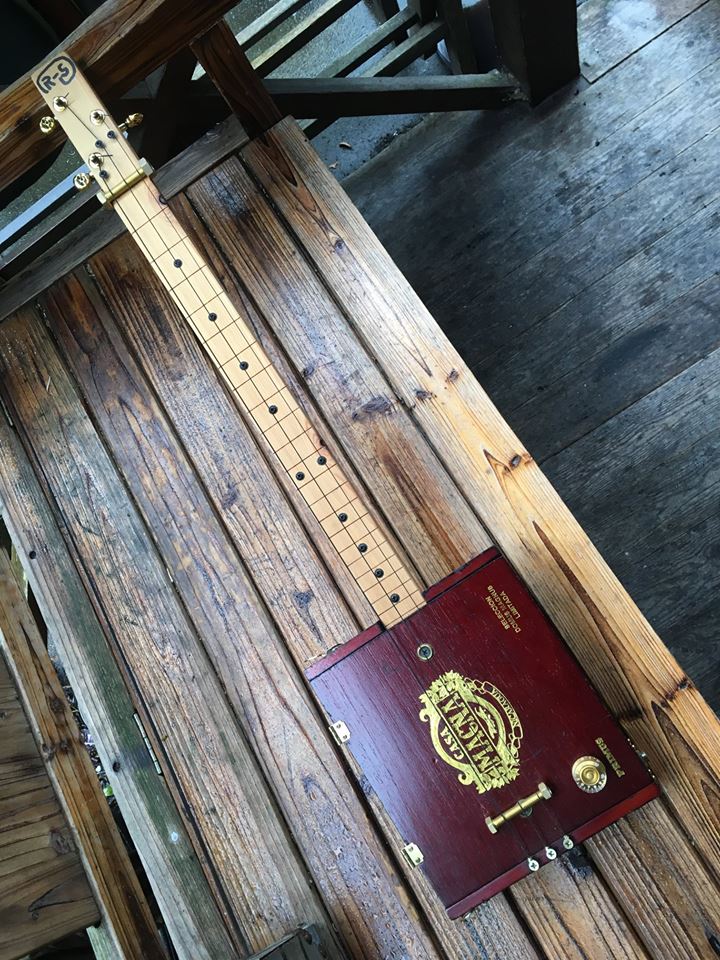 One of Rat’s special creations – A guitar made from old cigar boxes!

B&HN: Yes, because I was going to ask you what sort of things you do outside of music and so you have answered it, I suppose. Are there other things you get up to?

Rat: “I make guitars out of old cigar boxes!”.

Rat: “Yeah. It’s a very therapeutic thing to do, you know. You kind of have to work stuff out. There’s a certain amount of figuring and drilling. It’s a nice thing to do on a sunny afternoon”.

B&HN: Yeah, relaxing! I’ve got it, I understand. So if I was to push you for your Top 3 albums by anyone anytime, do you think that you could name any?

Rats: “Aww, nooo, I wouldn’t really, it’s really difficult because I’ve got certain records that I think that everybody should have in their collection and it’s ummm, must have albums and there’s at least 30 of them (Laughs). And I suppose top of my list is always gonna be one of my favourite bands is Filpron”.

Rats: “They’re pretty cool, they’re from Glastonbury. But they’re kind of old friends of mine, but they are also my favourite songwriter. And errm, there’s things like ‘Spirit Of Eden’ by Talk Talk.  I think that’s a classic album that everyone should have. And there’s something like Slade ‘Alive!’  Should be in everybody’s collection as well”.

B&HN: Quite across genres as you say, excellent.

B&HN: Yeah, why not? I think a lot of people will probably think that you would just play punk all the time. But with a lot of people that just isn’t the case is it? People, myself included, flit across different music depending on their moods, weather and stuff like that.

Rats: “Yeah exactly. We do stuff at different moods all the time, and I always find music has been one of my greatest backdrops to whatever it is going on around me”.

Tickets for his Lewes Con Club appearance can be purchased from here: http://www.wegottickets.com/event/437575 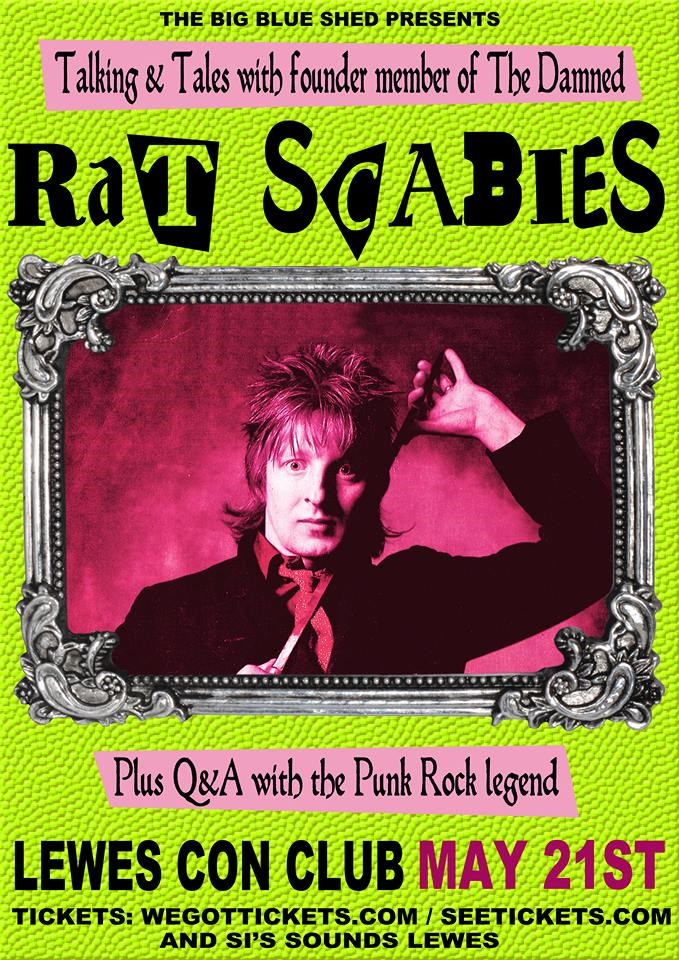