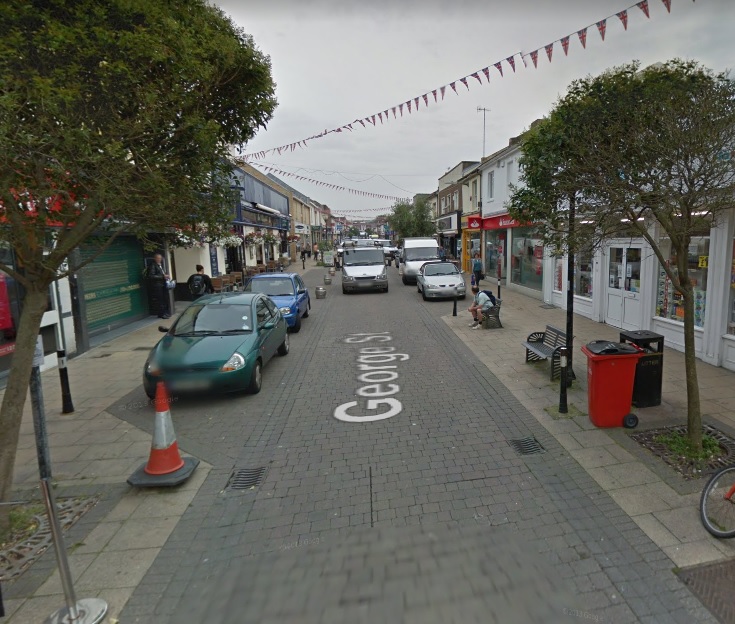 Calls are being made to stop chuggers approaching people in Hove’s George Street by enforcing an existing byelaw.

Traders and residents say that the charity workers, who approach passers by asking them to donate, not only intimidate shoppers but also stop them from entering shops as they keep their heads down.

Next week, Central Hove Conservative Councillor Andrew Wealls is asking Brighton and Hove City Council’s  Neighbourhoods, Inclusion, Community and Equality (NICE) Committee to look into enforcing a byelaw – or consider other options such as a public space protection order to crack down on the “annoyance”.

In a letter to next Monday’s meeting, he asks for a report to be brought before the next committee about the “practical implications” of enforcing this byelaw: “No person shall in any street or public place for the purpose of selling or advertising any article or obtaining custom tout or importune to the annoyance or obstruction of passengers.”

In his letter to the committee Councillor Wealls said: “My request is in order to deal with complaints from businesses in George Street, Hove, where charity chuggers are obstructing members of the public and in some instances accused of intimidating passers-by.

“Given George Street is a challenging retail business environment, any help we can give in making sure shoppers and visitors are not put off by charity fund collectors will be welcome.”

Traders and residents in George Street have worked together to improve the look of the road in recent years to encourage shoppers under the banner Save George Street (SGS) and the Respect George Street Facebook group.

SGS spokesman David Ishola, who runs The Studio barbershop, said after watching people’s behaviour when the chuggers are around, he and fellow traders believe up to ten shops can miss out on customers as people keep their eyes down.

He said: “I see them outside and see how the chuggers work. They put their heads up and try to make eye contact before jumping on them.

“People put their heads down as soon as they see them and miss the shops and keep their eyes down after so it looks like they’re not doing it for the chuggers.”

Mr Ishola works with a number of special schools in the city and regularly has visitors to his business who have mental health issues and/or learning difficulties who have said they find chuggers intimidating.

He said: “The elderly or people with mental health problems or learning difficulties get quite intimidate because they jump on you and there’s no need for that.

“It puts people off coming to the street as it gets a reputation.”

There are usually chuggers in George Street once or twice a week.

Mr Ishola said the SGS group does not object to charities pitching up marquees in the street as these charity collectors do not approach people.

The NICE committee meets in public at Hove Town Hall from 4pm on Monday 8 October.