Five new parking zones are credited with helping the council to fund pothole repairs across Brighton and Hove.

And next year the profits from parking will also help pay for about 200 new electric vehicle charging points.

This is the first time that some of the on-street parking surplus will go towards road maintenance after Brighton and Hove City Council made an extra £1.5 million.

The council’s 10th annual parking report shows that the council made an on-street parking surplus of £15.2 million in 2017-18.

Of this, almost £2.3 million is going towards repairing potholes, fixing pavements and resurfacing roads.

A further £1.4 million is spent subsidising bus services and other transport projects such as school buses.

The extra income from parking zones came even though 10,030 fewer parking tickets were issued in Brighton and Hove over the past year.

The council said: “Driver compliance with parking regulations has been improving for a number of years and there was reduced enforcement for a few weeks due to snowy weather.”

There are three more “civil enforcement officers” working in Brighton and Hove this year, mainly focusing on the roads around schools, bringing the total to 88.

Usually 40 are on duty at any one time as they cover the whole of Brighton and Hove seven days a week. 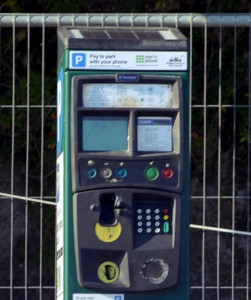 In July Chris Roberts, of Bernard Road, Brighton, complained that parking wardens did not visit his street for a week.

He said that he found out that parking in his street had gone unchecked after looking at his security camera footage.

In response the council said that officers had visited the street 235 times in six months.

A spokesman said: “CEOs (civil enforcement officers) do not have set days and times when they have to visit a street. Two visits may occur one day and no visits the next.”

The parking report said that its new solar-powered parking machines were costing about £50,000 less a year to maintain.

The saving has been put down to thieves no longer drilling into machines to steal cash as most now accept card payments only. 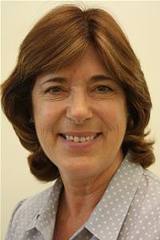 With fewer machines being targeted, maintenance teams are now free to fix broken ones more quickly, with 99 per cent of faults repaired in 24 hours.

In previous years the council has won awards from the Parking Annual Report Review Group.

This year’s report is due to be discussed by the council’s Environment, Transport and Sustainability Committee on Tuesday (9 October).

Labour councillor Gill Mitchell, who chairs the committee, said: “Particularly pleasing this year is the completion of a large-scale project to modernise the city’s pay-and-display machines.

“In the next year, we look forward to installing 200 new electric vehicle charging points across the city with the aim of removing barriers to electric vehicle uptake, while also helping to improve air quality.”

The committee is due to meet at Hove Town Hall at 4pm on Monday. The meeting is open to the public.