A Brighton man has been jailed for breaching a restraining order after harassing a woman at her home and failing to keep to a previous sentence dished out by the courts. 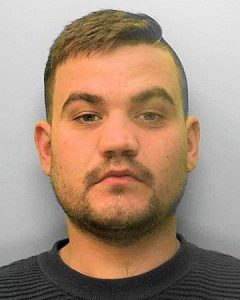 Joshua Coomber, 28, known as Josh, has been jailed for six weeks, having previously been handed a four-week suspended sentence in April.

Coomber was jailed by Brighton magistrates on Saturday (27 October), with an extra two weeks added to the original four-week prison sentence.

He admitted failing to stay in touch with the probation service after he was required to carry out his sentence in the community in April.

He also admitted failing to keep appointments and stay in touch with probation after he was released from a previous prison sentence for assault.

As a result Coomber became the subject of a “wanted” appeal by Sussex Police.

He handed himself in at the end of last week, police said.

Brighton Magistrates’ Court was told that Coomber had harassed Chelsie Jagger on a number of occasions at her home in Lavender Street, Brighton.

The bench was also told: “The defendant has a flagrant disregard for court orders.”