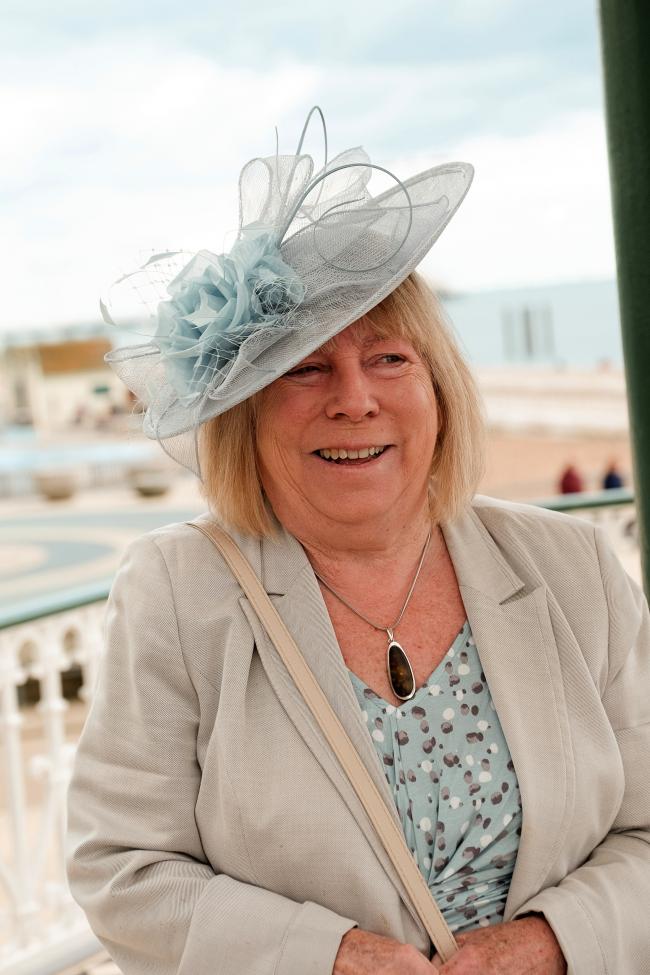 Former Brighton MP Des Turner told how the death of wife Lynn when they were on holiday in France was like a “very nasty bolt from the blue” today.

Mrs Turner, 74, drowned while swimming in Bouzigues near Montpelier on a hot August afternoon after the couple had enjoyed a relaxed lunch.

At her inquest this morning, the former Labour MP Dr Turner said he had seen her smiling and waving to her in the sea, but when he looked up again just a minute later, she was floating in the water.

Even though she was pulled from the water immediately and given CPR, she never regained consciousness. She was airlifted to Montpelier Hospital, but died shortly after midnight the next day.

Dr Turner said: “I saw her swimming she seemed to be enjoying herself and waving with her left arm and swimming with her right.

“She looked a bit red but I didn’t attach any significance to it at the time. She had a great smile on her face from where I could see, 50 yards or so away.

“I looked around for a minute and when I looked back she was floating upside down with her head under the water.

“Immediately she was pulled out of the water there was a lady who knew CPR and shortly afterwards paramedics and a doctor arrived.

“After about half an hour they started her heart with an adrenaline shot but she never regained consciousness. She was then taken by helicopter to Montpellier Hospital.

“The doctors said she must have had some sort of event in the water and then drowned.

“I think it quite inconceivable that didn’t happen. She was a capable swimmer and it’s a very gentle beach, it couldn’t have been a safer place to swim.”

Pathologist Dr Mark Taylor told the inquest it was very difficult to pinpoint any other cause of death but drowning. The post mortem did not uncover any evidence of blockages in the arteries or other indicators of a heart attack.

However, he said that it was possible the heart had stopped because of arrhythmia, or an irregular heartbeat. Dr Turner told the inquest that Mrs Turner had occasionally complained of palpitations.

Coroner Veronica Hamilton-Deeley recorded a verdict of accidental death, with the cause of death fatal cardiac arrhythmia and drowning.

Speaking after the inquest, Dr Turner said: “It leaves a very big hole in my life and my family’s life. She was indeed a very well loved person.

“It’s a very nasty bolt from the blue.”

Mrs Turner is survived by two children she had from a previous marriage, and two grandchildren. She married Dr Turner in 1997, the same year he was elected as the member for Brighton Kemptown.

The couple had both been active in the local Labour party for some years, and Mrs Turner ran as a candidate for the Regency ward in the mid 80s.

She was a school governor for Queen’s Park Primary School and St Luke’s School, which she lived around the corner from in Queens Park Terrace, for 20 years.

The couple regularly holidayed in the Montpellier region of France, where they had a second home.