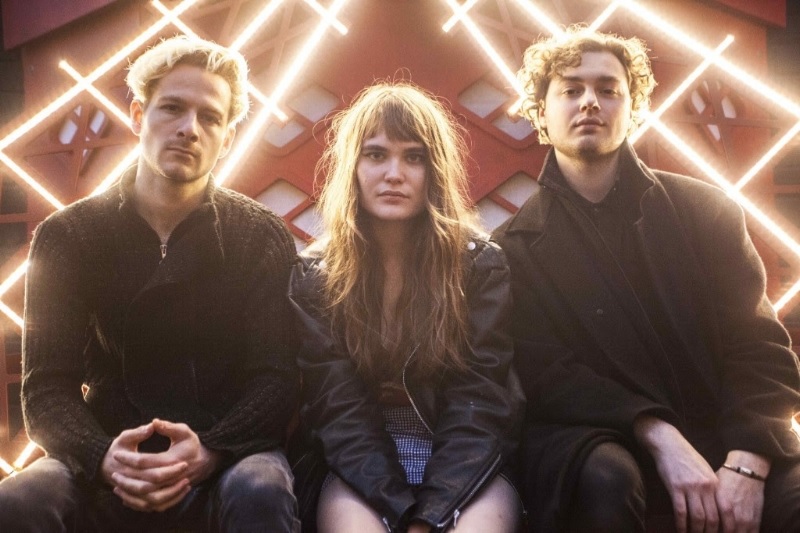 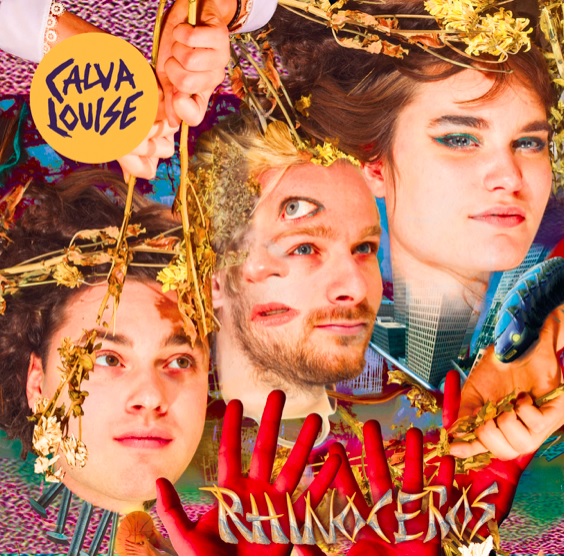 The new single follows hot on the heels of the very infectious ‘I Heard A Cry’. Discussing the visuals for ‘I Heard A Cry’, front-woman Jess Allanic stated: “The video begins with a group of actors rehearsing the 3rd act of the play Rhinoceros by Ionesco and the heated discussion between the director and the protagonist triggers the transformation of humans into rhinoceros”.

Commenting further on the concept, director Georges Hauchard-Heutte revealed: “I wanted to create a story where the two worlds of imagination and reality collapse, in a way we’re not sure where the limits are. That’s why we mixed animation and live footage. The wonderful work of Marion in drawing the animation gave life to the rhinoceros. We wanted to share hope coated in sadness, as Ionesco’s play does, in order to respect this masterpiece author. The violence of the rhinos against the fragility of the gazelle was a beautiful way to do it”. 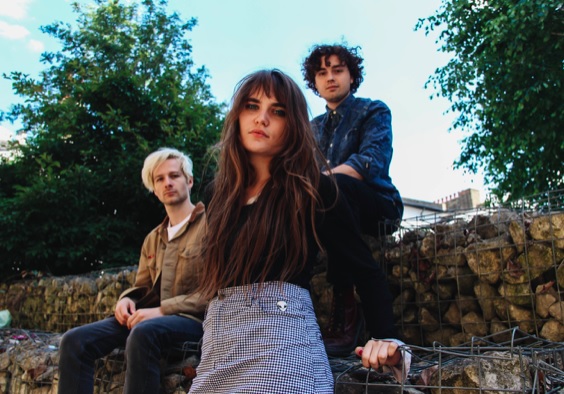 Laying down a firm marker within London’s raucous punk scene over the last 18 months, the rising trio have since earned support slots alongside the likes of Albert Hammond Jr, Spring King and Anteros and recently finished an extensive UK tour with label-mates The Blinders.

Bursting with ferocity in their trademark anthemic style, the new single ‘Tug Of War’ encapsulates everything that’s come to be expected of the band. Silky guitar work, biting vocals and infectious, chaotic riffage takes centre stage and only adds to their growing reputation heading into next year’s debut LP release.

Discussing the video, the band stated: “We feel like in any kind of relationship there are unwritten rules everybody should follow, and that becomes a constant tug of war, dealing with unnecessary pressure. If everybody could have a complimentary point of view, then that tug of war could be a fun game where there are no set rules”. 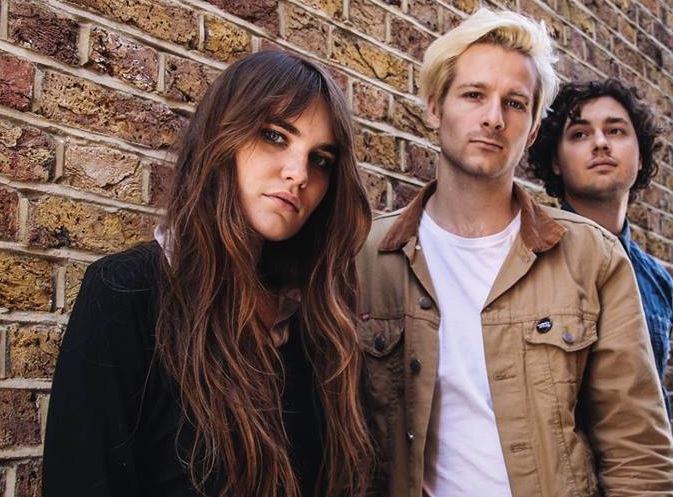 Calva Louise have been quite prolific during 2018 as ‘Outrageous’ saw the light of day in July and prior to that we were served the wonderful Buzzcocks-esque ‘I’m Gonna Do Well’ in March.

The band have announced eleven live dates for March 2019, which includes a date at the Prince Albert in Brighton on Wednesday 13th, with support from Kid Kapichi – grab your tickets HERE.

Listen to Calva Louise HERE and find out more about the trio HERE. 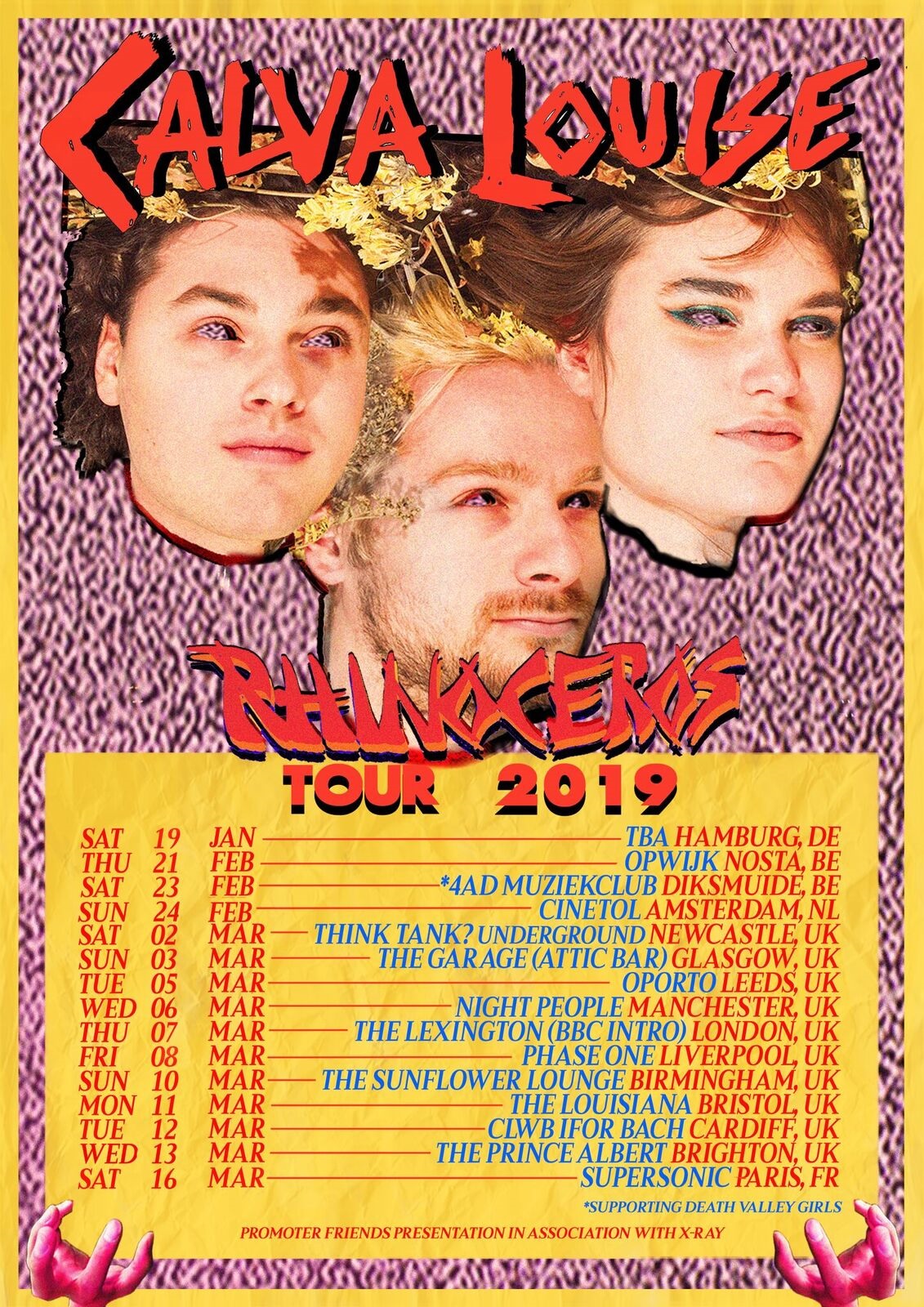