Have you seen the Christmas song video that was filmed in Brighton? 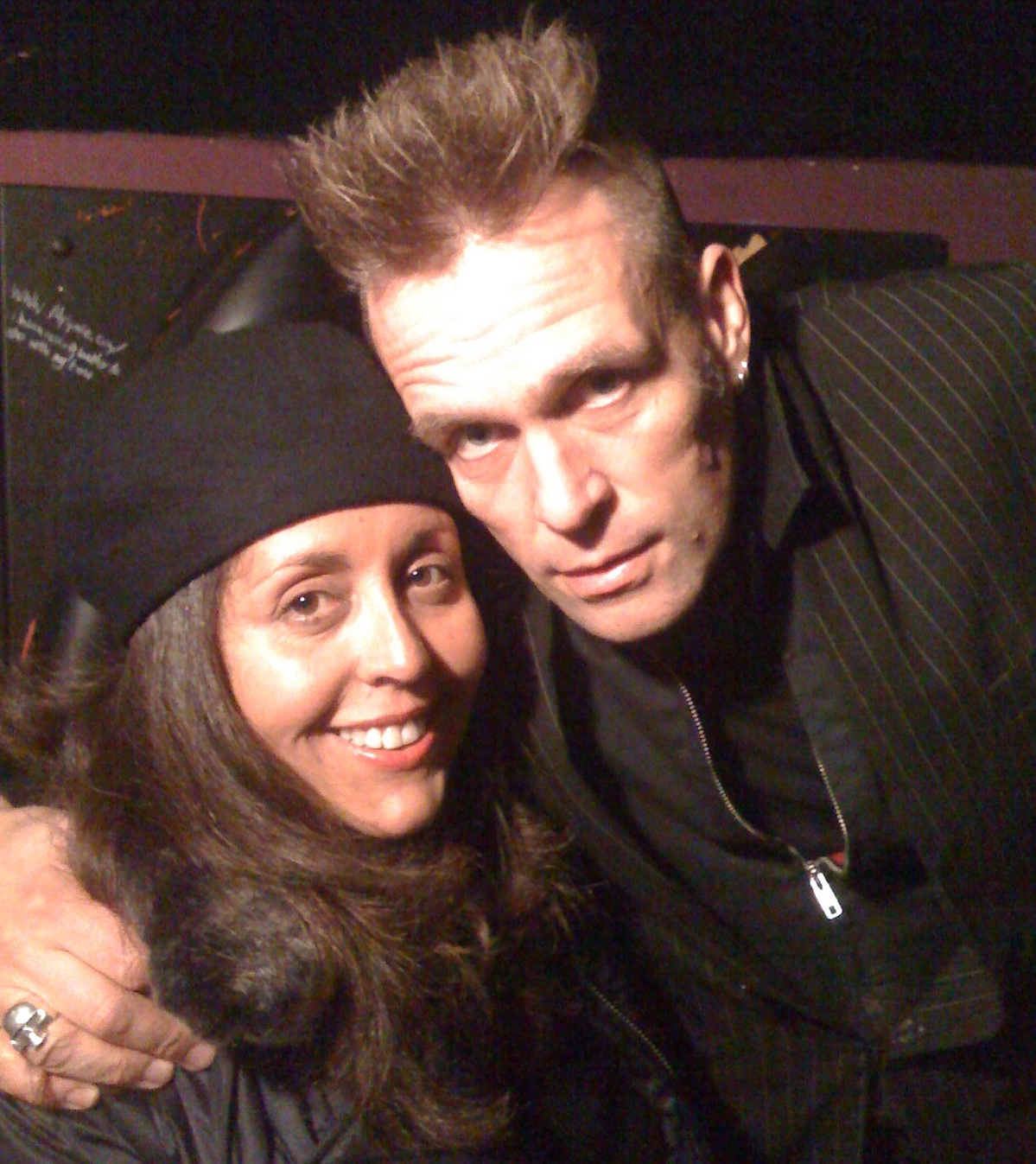 Each year for the past decade, or even longer, it has become an annual pilgrimage for the music buying public to continually put the same old Christmas songs back into the UK singles charts. We seem to be getting the usual suspects raising their heads year in year out. I’m sure that you can guess the ones I’m referring to, songs like…..‘All I Want For Christmas Is You’ (Mariah Carey), ‘Last Christmas’ (Wham), ‘Merry Christmas Everyone’ (Shakin’ Stevens), ‘Step Into Christmas’ (Elton John), ‘Driving Home For Christmas’ (Chris Rea) and ‘Fairytale Of New York’ (The Pogues ft Kirsty MacColl).

However, if you are a fan of the latter, then you could do no wrong in hearing and even purchasing a wonderful seasonal tune (that actually originally came out ten years ago) entitled ‘City of Christmas Ghosts’ by Goldblade ft Poly Styrene. It is a lament to lost friends and a celebration of the former X-Ray Spex singer, who actually lived along the coast from Brighton in St. Leonards-on-Sea, and was one of the most wonderful and talented artists of her generation. Not only is this a fab tune in a similar vein to ‘Fairytale Of New York’ but the additional big pull is that the accompanying video was actually filmed right here in Brighton – watch it HERE.  It’s not big budget, but it’s fascinating to see how the seafront has changed in the past decade.

The song was written about the melancholic side of Christmas, a time of year when you think about lost friends and comrades and it was tragically ironic that the duet ended up having an extra edge to it with the former X-Ray Spex singer, Poly Styrene (real name Marianne Joan Elliott-Said), sadly dying from cancer on 25th April 2011 at the age of just 53.

The members of the Manchester punk rock outfit, Goldblade, at the time of the songs recordinging in 2008 was lead singer John Robb (as of The Membranes fame), Pete ‘Gorgeous’ Byrchmore (guitar), Johnny Skullknuckles (guitar), Keith Curtis (bass) and Rob Haynes (drums). 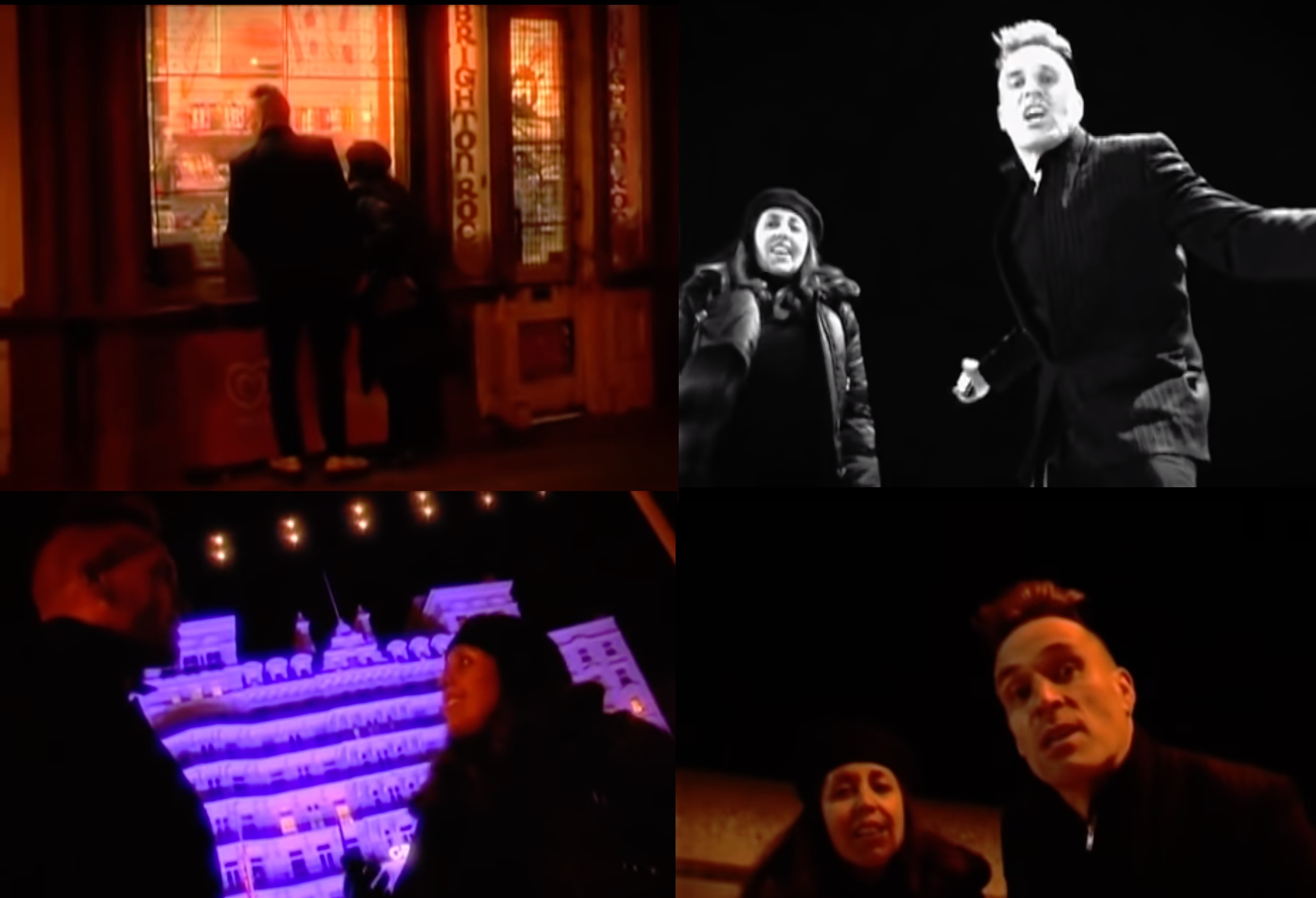 John Robb explains “We wanted to write an uplifting punk rock song that mixed a euphoric almost spiritual rush with the melancholic darkness of the real Christmas- a time of memories and ghosts. The song was written as a punk rock take on the Phil Spector wall of sound – pop classic if you will and it demanded a duet.” He added: “For us the song stands as a tribute to one of our dear friends, a remarkable and inspiring woman who was both a friend and an inspiration when we were young and one of the great lyrical and singing talents of the punk generation”.

When Goldblade recorded ‘City Of Christmas Ghosts’, the idea was to do the song as a duet and the legendary Poly Styrene seemed the perfect choice.

Singer Robb stated “I have always loved her voice and her music and had become very good friends with her after interviewing her for a TV series on punk rock that I presented and we would speak on the phone most days about everything in the world from religion to politics to nature to punk rock and back again. I just wanted to hear her sing with her powerful voice again and when I asked her she agreed instantly”.

Robb went on to say “She had not sung in that style for years, but was excited about coming to the studio and I gave her the lyrics for her parts and she got them down in one take and looked surprised when we told her how much we loved her singing and it’s great how our voices fit together. I also got her to add lib the Hare Krishna section on the end to give the song an uplifting spiritual feel. I was touched when Poly told me she had decided to record a new album because she felt inspired by making this record and that album (‘Generation Indigo’) was her last solo release- a great record.” 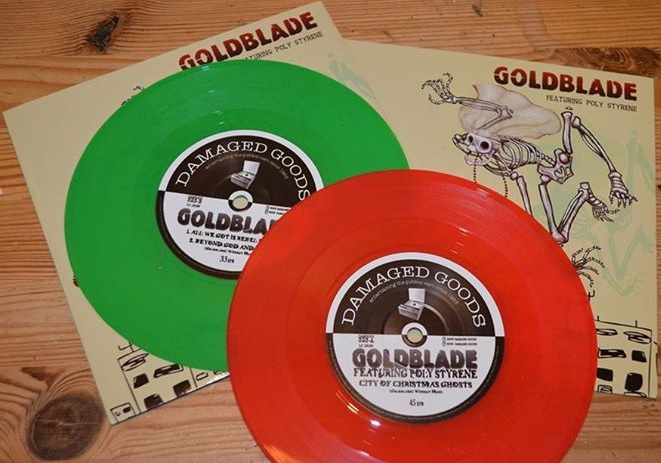 The song originally came out on 7” as a red vinyl edition and a green vinyl edition on Damaged Goods Records, which is ideal festive colours. It has since been re-released and sadly has as yet failed to dent the festive UK singles charts, maybe it’s time for a change? It comes highly recommended by the Princess Of Punk, Jordan, who says the tune is “Bloody brilliant”.

A big THANK YOU to John Robb for approving this article. 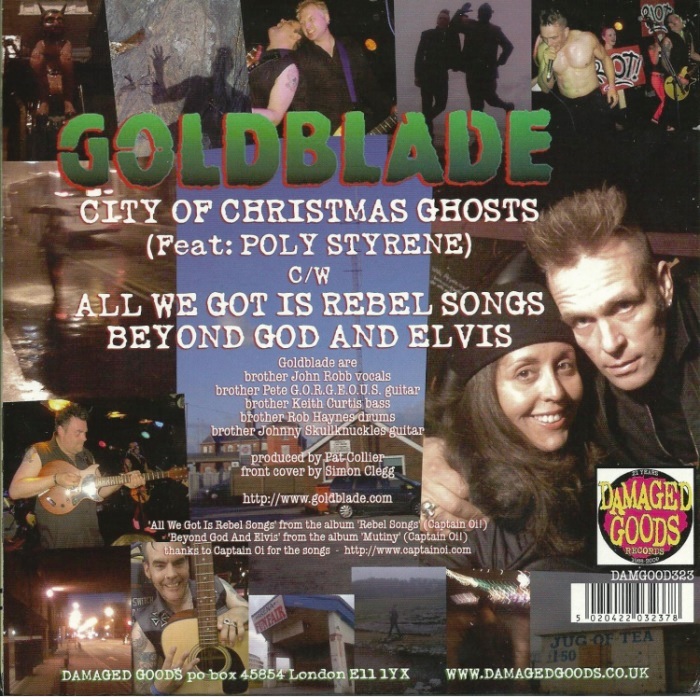 The rear sleeve of ‘City of Christmas Ghosts’