An abusive shopper is being hunted by Sussex Police after an aggressive and homophobic rant in the Brighton branch of Waitrose. 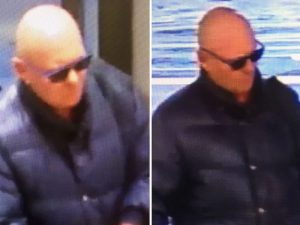 The force released security camera pictures of the man suspected of the angry outburst.

Sussex Police said: “Police are appealing for the public’s help in identifying a man in connection with the homophobic abuse of a shopworker.

“At around 8.20am on Saturday 8 December a man was abusive and aggressive towards a staff member at Waitrose in Western Road.

“Police were called soon after the incident took place.

“Officers investigating the incident believe the person in the images could assist with their inquiries.”

“We are doing everything we can to locate the person involved and believe this man can help us deal with this matter effectively.”

Sussex Police said: “Anyone who recognises him is asked to contact police online or call 101 quoting 522 of 08/12.

“If you don’t want to speak to police, you can call the independent charity Crimestoppers anonymously on 0800 555111.

“If you have been a victim of hate crime or know someone who is, please contact Sussex Police online, call 101 or visit a police station.”