Singer songwriter Rag ’n’ Bone Man is to play a gig at Brighton Racecourse this summer, it was announced today (Wednesday 27 March). 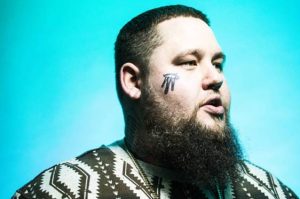 The 34-year-old Brit award winner, whose real name is Rory Graham, will play at the Racecourse on Saturday 27 July.

Tickets for the gig are due to go on sale on Friday (29 March) at 10am for “pre-sale” purchases from https://www.vmstickets.co.uk and on general sale on Tuesday (2 April).

General tickets cost £42.50 for the gig, billed Rag ’n’ Bone Man plus special guests, with the gates due to open at 3pm. 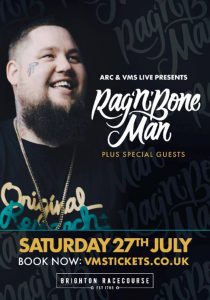 Rag ’n’ Bone Man spent much of his early musical career in Brighton before his breakthrough single and album – both called Human.

He remains a patron the Brighton charity AudioActive and has been quoted as saying: “AudioActive are doing something to ensure that, regardless of wealth or background, young people get a chance to be creative.

“I can’t support that enough.”

The father of one started his musical career as a rapping and singing member of Brighton hip-hop collective the Rum Committee.