Plan for block of 330 student flats in Brighton rejected

Plans for a block of 330 student flats in Brighton have been turned down on a site that councillors said should be used for affordable housing.

The plans included 24 affordable homes in an eight-storey block proposed to go on the site of Enterprise Point and a neighbouring building in Melbourne Street, just off Lewes Road, Brighton.

The area is home to several student blocks, including at the Vogue Gyratory.

But Brighton and Hove City Council Planning Committee turned down their planning application at a meeting at Hove Town Hall this afternoon (Wednesday 3 May).

A report to the Planning Committee advised councillors to reject the proposal for a site that had been earmarked for 80 homes with employment space.

The existing buildings are industrial units, with six-storey Enterprise Point having previously been home to the Access to Music college which closed in summer 2016.

Neighbours sent 49 objections saying that there was too much student housing in the area and not enough affordable homes.

Labour councillor Emma Daniel, who represents Hanover and Elm Grove ward, urged the Planning Committee to turn down the scheme.

Councillor Daniel said: “Residents believe this proposal is far too dense for the small street it is on.

“It is too near the pavement (and) too oppressive with a loss of amenity in terms of day-to-day noise of people walking up and down the pavement with deliveries.”

Fellow Labour councillor Clare Moonan asked about the pressure on family homes in Hanover and Elm Grove and whether this block might make a difference.

Councillor Daniel said that student housing developers always say that they will take the pressure off and free up family homes but “one does not stop the other”.

Another Hanover and Elm Grove ward councillor David Gibson asked the committee to defer its decision so that the application could be adjusted to make the housing more desirable. The Green councillor said: “We have a crisis of affordable housing in the city.”

Vita’s strategic planning director Michele Steel gave a personal commitment that the company would maintain and manage the building, landscaping and public areas.

Conservative councillor Joe Miller voted against the scheme. He said: “It is far too big. We have got a need for student accommodation and we’ve had windfall sites but this is allocated for employment and residential. That is what is should be. We need the affordable housing.”

Conservative councillor Carol Theobald said that the proposed scheme was better than the “complete eyesore” currently at the site but she wanted the plans to include more housing.

Councillor Moonan also voted against the scheme. She said: “They have got the balance wrong. This should be an employment and residentially led scheme. A small amount of student accommodation I would be interested in if the scheme came forward.”

Labour councillor Jackie O’Quinn said that there was too much student accommodation in the Lewes Road area and that it should be spread around the area. She said that the scheme had the potential to cause “parking chaos”. 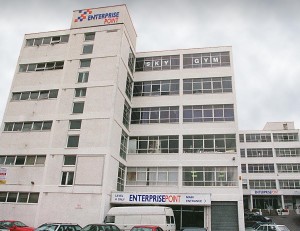 Green councillor Leo Littman said: “We have talked about light, height, bulk, trees, cars, transport and a whole range of issues but fundamentally this is not with policy.

“I don’t dislike it and if it was elsewhere in the city, it would go quite well. But not on this site.”

Conservative councillor Denise Cobb was the lone voice in favour of the plans.

She said: “I don’t think I would want to live there. It’s ideal for student accommodation as you live there short term.”

Councillors voted ten to one against the application.