A human rights lawyer from Hove who spat at a flight attendant during a drunken racist rant has been jailed for six months. 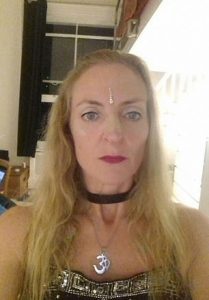 Simone Burns, 50, of First Avenue, Hove, launched her foul-mouthed tirade after being refused a fourth 25cl bottle of wine while flying business class on a flight from Mumbai to London last November.

Burns, 50, also known as Simone O’Broin, pleaded guilty last month to being drunk on an aircraft and assault by beating.

She called staff on board the Air India flight “Indian money-grabbing c****” in a tirade filmed by another passenger and posted on social media on Sunday 11 November last year.

Irish lady behaves in such an abusive, racist way with @airindiain crew for being refused extra drinks. Very decent AI crew behaviour. Arrested on landing. Wonder if she should have been controlled onboard with handcuffs. @JitiBhargava @Mohan_Rngnathan pic.twitter.com/kSTDmGOEm5

She described herself as an international criminal lawyer for the Palestinian people and shouted: “I have done so much for you f****** Indians and f****** Pakistanis. You should be grateful to me.”

She was also found to have been smoking in the toilets.

Burns, an Irish national, was jailed at Isleworth Crown Court today (Thursday 4 April) by Judge Nicholas Wood, despite having done good work during her career.

He said: “The experience of a drunk and irrational person in the confines of an aircraft is frightening – not least on a long-haul flight and poses a potential risk to safety.

“You were drunk and obnoxious almost from the beginning to the end. You were abusive, contemptuous and confrontational and used appalling language.”

Burns was jailed for six months for being drunk on an aircraft and two months concurrently for assault, making six months in total.

The judge also ordered her to pay £300 compensation to the flight attendant she assaulted.

ARXX of the covenant searching for that pot of gold