Three teenage boys were arrested after a fight in the Poundland shop in North Street, Brighton, this morning (Wednesday 10 April). 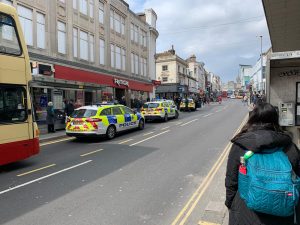 Four boys are believed to have been involved in the fight, in the branch near the Clock Tower.

Shortly after the arrests were made, Sussex Police said: “Three people have been arrested following a report of a fight inside the Poundland store in North Street, Brighton, at 11.22am on Wednesday (10 April).”

In an update later, the force said: “Officers attended Poundland in North Street, Brighton around 11.35am on Wednesday (10 April) after reports of an altercation. 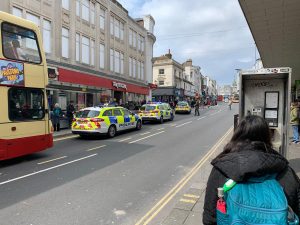 “Three boys were reported to have assaulted a fourth.