A man from Hove has been jailed for 21 years for raping a 13-year-old and carrying out a sex attack on a girl of eight. 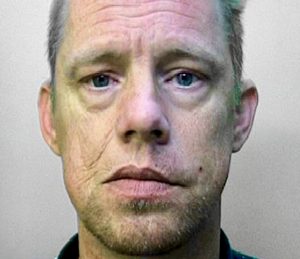 Lance Stride was convicted of raping the older girl three times and sexually assaulting her too.

Sussex Police said: “A Hove man is starting a 21-year prison sentence after being convicted of sexual assaults on two young girls known to him in West Sussex.

“He will be a registered sex offender for life and was given a sexual harm prevention order severely restricting his access to children indefinitely.”

Detective Constable Simon Thorne said: “Stride came to know both these young girls and systematically took advantage of their natural vulnerability for his own sexual gratification.

“Eventually, in 2016, these offences were reported to us and with the support of the two victims we carried out a thorough investigation.

“Stride denied everything and both women bravely gave their evidence at the trial which helped ensure that justice has now been done for them.

“Stride’s abuse has caused both of them long-term trauma and distress.

“This case is another example of the way in which we will always pursue such allegations, no matter how long ago they are said to have happened.

“But do not suffer in silence. If you, or people you know, are being sexually abused, talk to us. Contact us online or by calling 101, and arrange to talk in confidence to experienced investigators.”