Cry ‘Havoc!’ and let rip with Slaughter And The Dogs once more 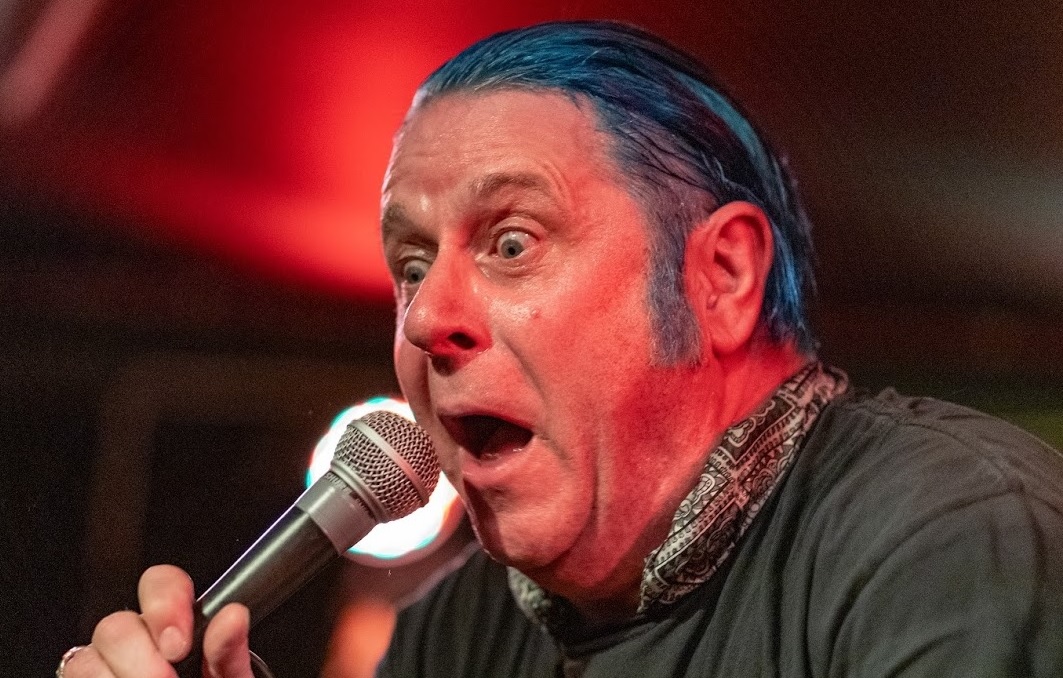 Sometimes a moment is so perfect you hardly dare to recreate it. Last August, at this very venue in Lewes, I stood transfixed amidst a seething mosh maelstrom as, 40 years on, the distant crackling sound of my 1970’s record player was explosively re-animated into a vibrant and powerful live experience. Could it be that good again? Did I want to see Slaughter And The Dogs again? Of course I did! 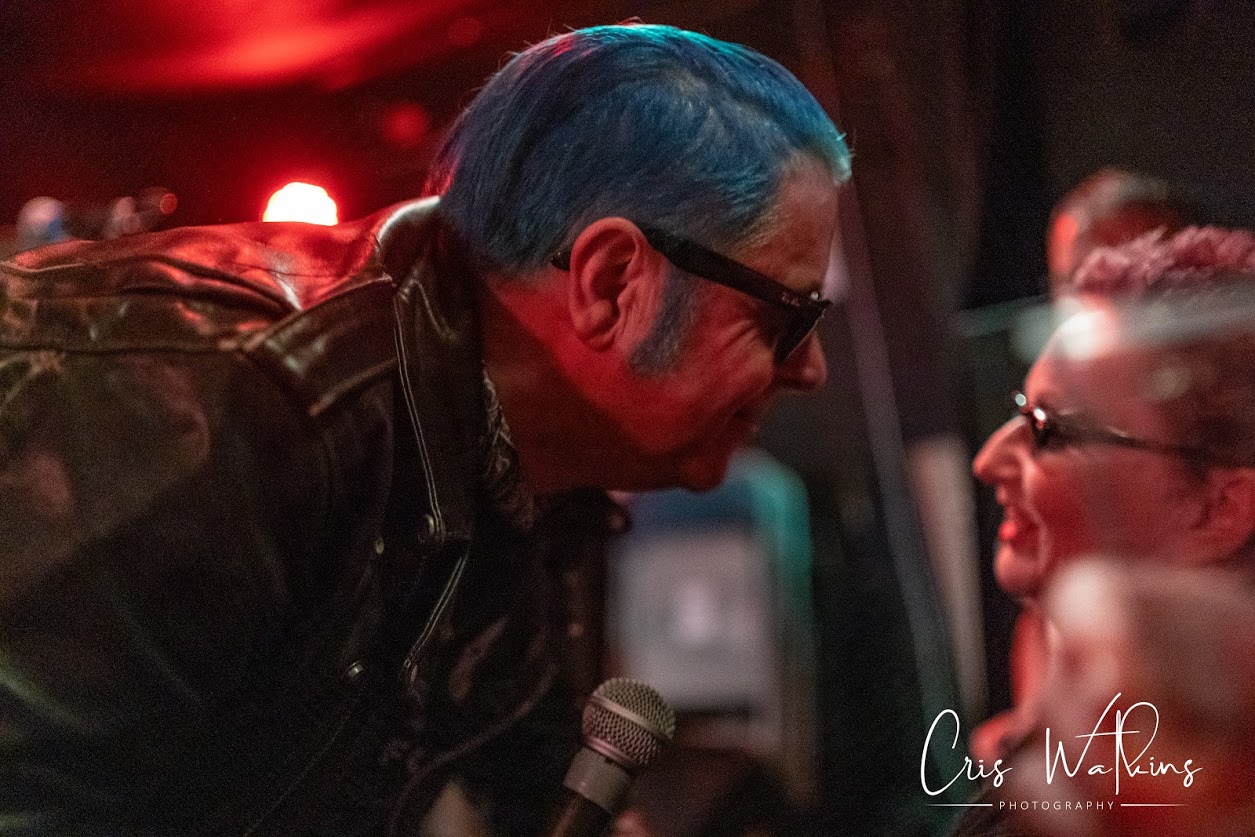 The disc that my old Dansette eventually wore out was ‘Do It Dog Style’, the seminal Manchester punk band’s 1978 debut for Decca Records. It followed a slew of anthemic singles released the previous year, including ‘Cranked Up Really High’ and ‘Where Have All The Bootboys Gone?’, whose lyrical theme resonated with my gangly teenage self, gingerly negotiating the casual violence of the dance halls and football terraces of that era. The music was powerful and urgent, but came with a pop sensibility that married the new danger of punk to the previous glories of glam. It was perfect. 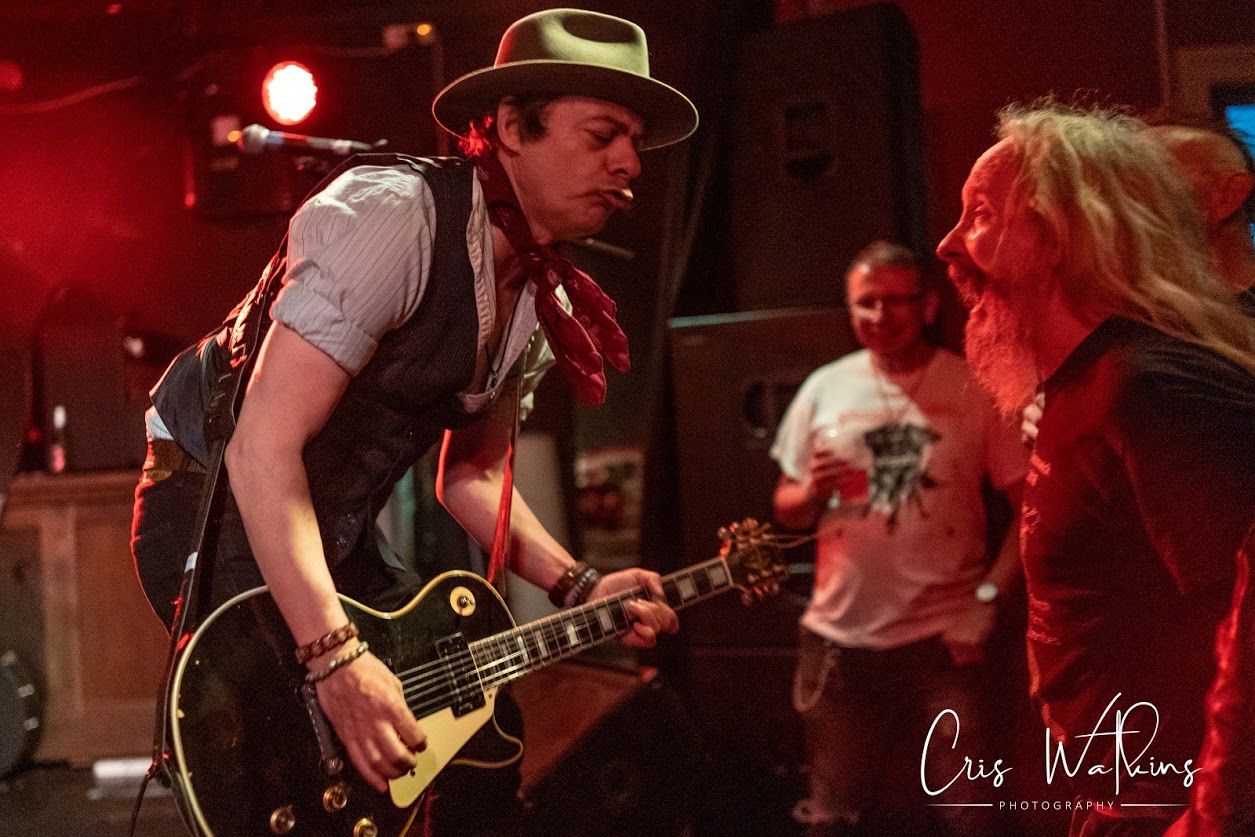 Last year’s revelatory live revival came via singer Wayne Barrett and guitarist Mick Rossi, who reunited after a long absence to record the 2016 album ‘Vicious’. Drummer Mark Reback and bassist Dan Graziano replaced the original rhythm section of ‘Mad Muffet’ and ‘Zip’ Bates who glowered from the back cover of the first LP sleeve. Having toured Europe and Japan in 2017, the new line up headlined Rebellion Festival in August 2018 as part of a two week string of dates that included Lewes Con Club. Now they’re back… 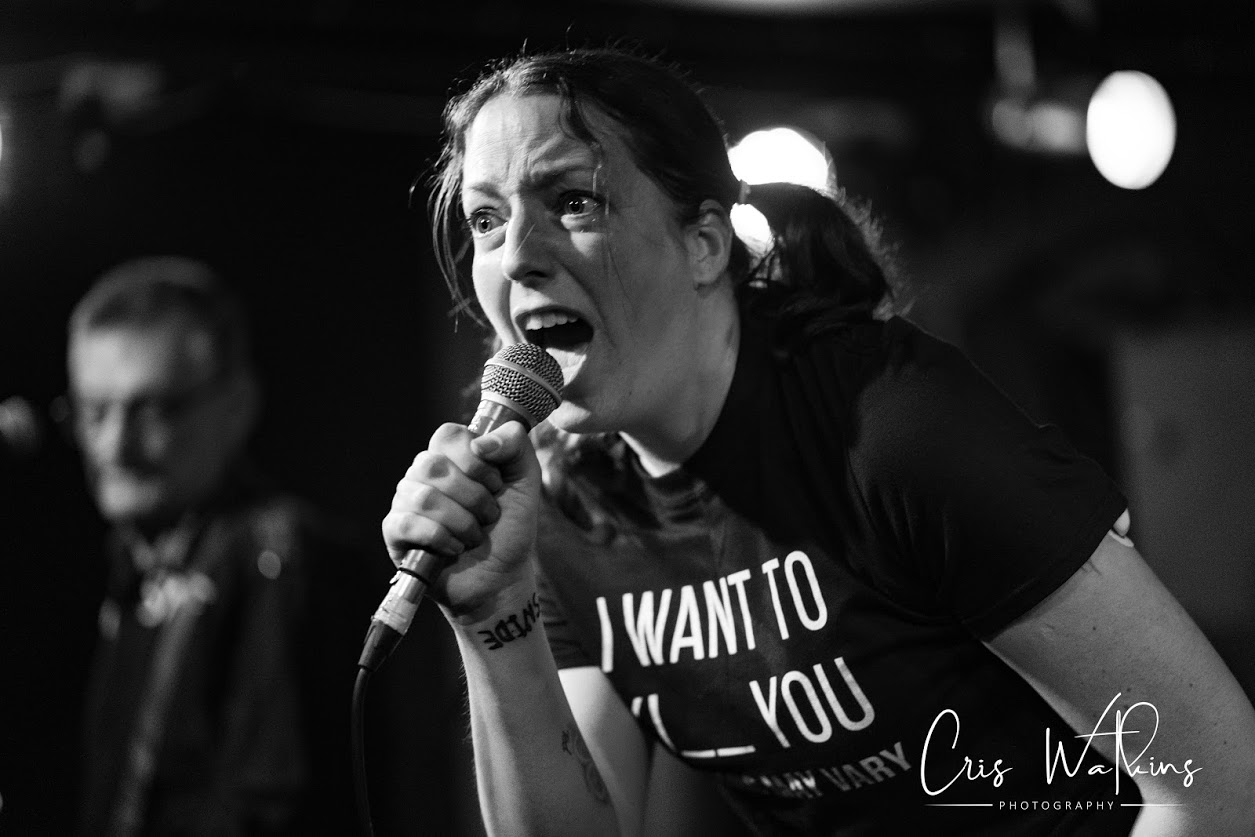 First we have Snide, a four piece based in Maidstone, Kent. I’ve seen them a few times before, and have been impressed by their old school punk approach, combining a stroppy and disaffected attitude with strident energy and insistently catchy tunes. They’ve been going a while, and through dogged persistence and tenacity have been gradually getting better and better gigs and support slots. Their most recent adventure was a storming and triumphant gig at Fibber Magee’s in Dublin. There have been three self released EPs, and the latest talk is of trying to crowd fund a vinyl LP. 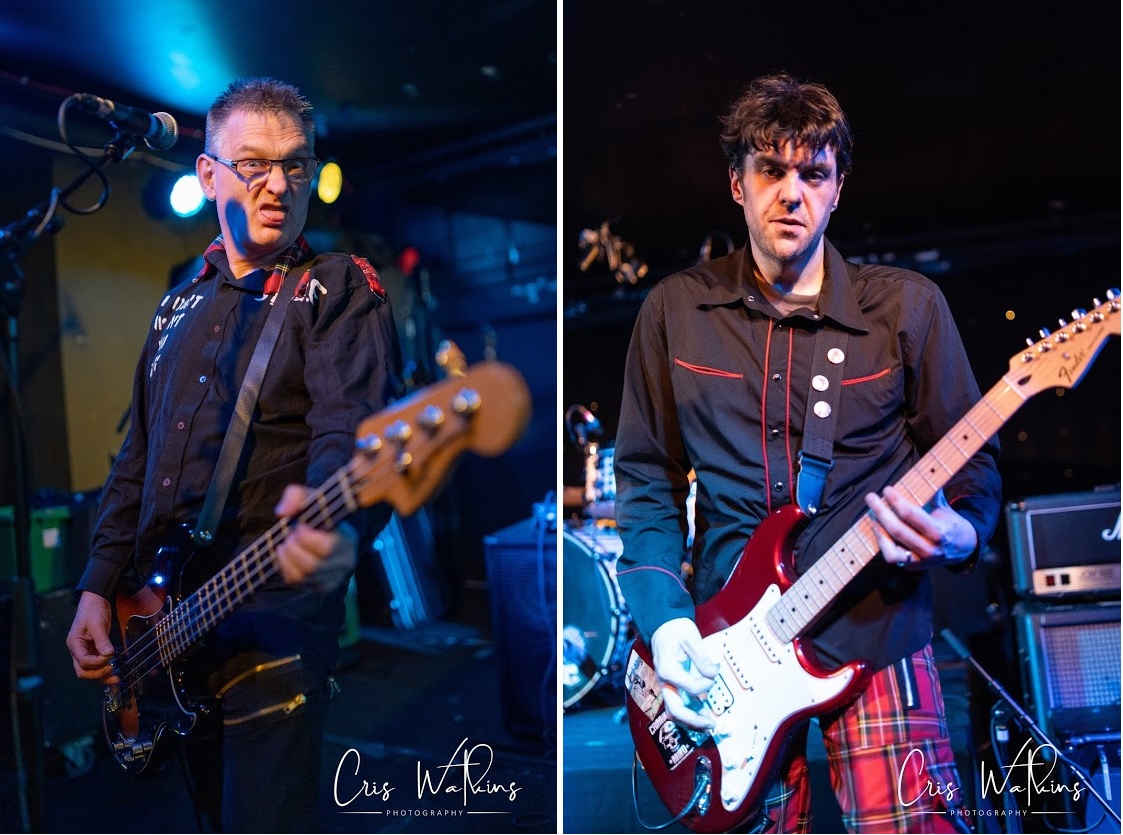 The room is just starting to fill up as they hit the stage, with short, sharp machine-gun like bursts of surprisingly joyous and catchy songs. Focus of attention is vocalist Lou Emmerick, whose sassy demeanour contrasts with her sullen glare, as her vocal lines dance teasingly along the edge of tunefulness. Guitarist Rob Ore cuts a tall figure with a shock of dark hair and bright tartan trousers as he thrashes and chugs determinedly on a cherry red Stratocaster. Bassist Nick ‘Nobby’ Emmerick (Lou’s partner) is the organisational force behind the band. On stage he has the air of a diminutive but hard tackling midfield general from a football team. He wears a black shirt with a tartan trim, customised with the band’s logo, and his plectrum is a blur across the strings of his Precision bass. Both Nobby and Rob chip in with chanted backing vocals on the big chiming choruses. Newest recruit, drummer Tom Chuchla, is solid and powerful on the beat and fluid around the kit. 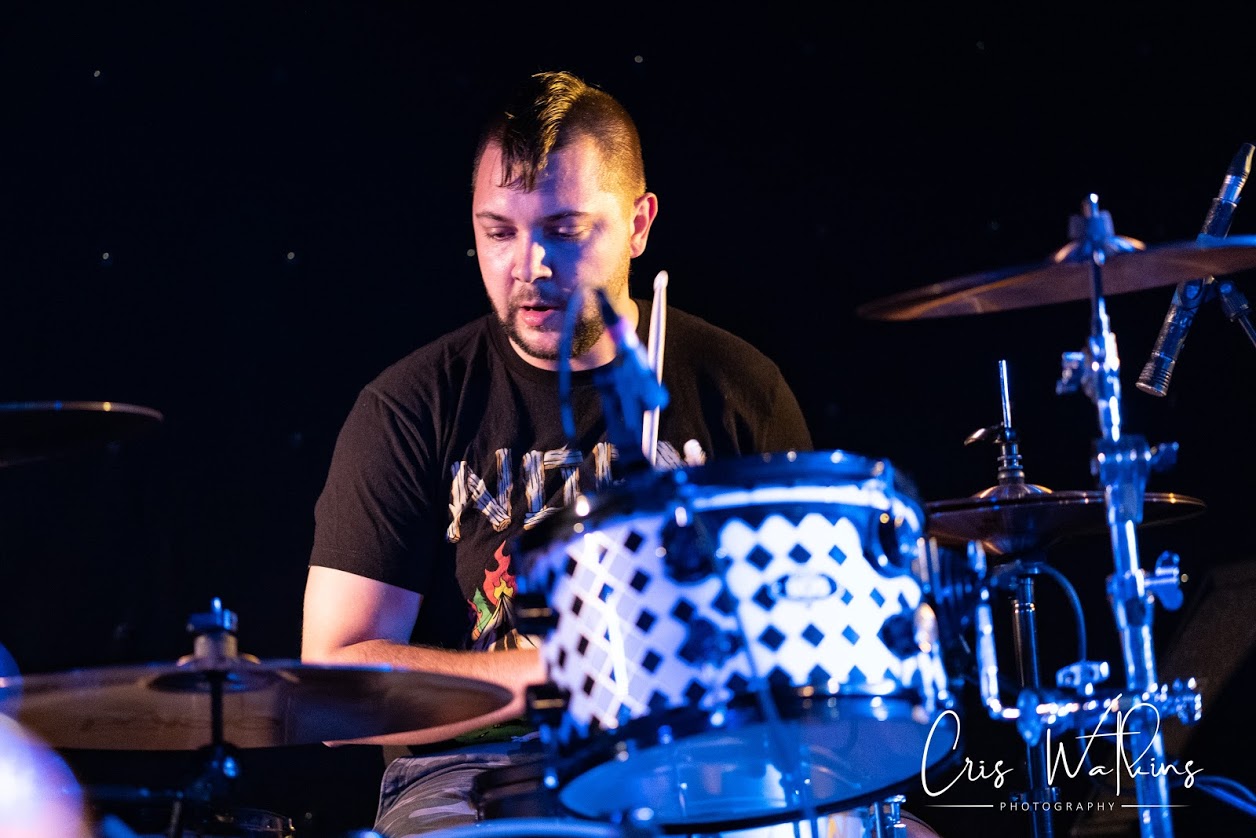 Having seen the band before, but not recently, I’m struck by their confident ease and the light hearted interaction between the members, which contrasts with the downbeat interpretation you might be tempted towards by the lyrical themes. Lou is singing about the misery of ‘Hard Work’, but accompanying it with a cute robot dance. On ‘I Don’t Want You Back’ she gives husband Nobby a playful kick up the arse. Announcing ‘Miserable Bitch’, Lou deadpans: “This is me: face like a slapped arse; resting bitch face…” She stands stock still through the first verse and chorus to emphasise this feature, while Nobby gurns over her shoulder. 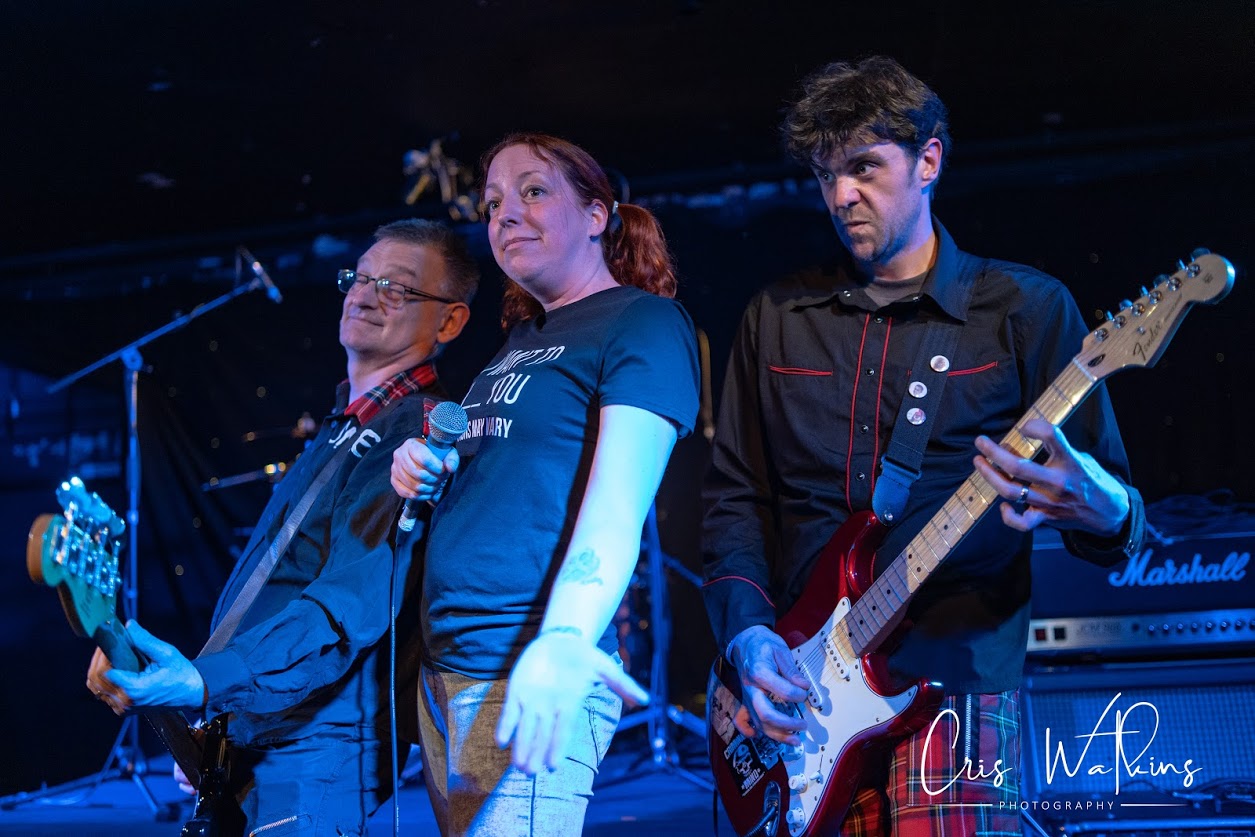 For me the highlight of the set is a relatively new number: ‘Obsessive Psychopath’. It starts with a long, glam rock style intro, all floor tom and ‘Who-oah’ backing vocals, with Lou being super-cute doing jazz hands, before the vocal kicks in and the song really kicks off. The chorus progression has a glorious glam descend that makes me impatient to hear it recorded, and the backing vocal figure is catchy enough for Lou and Nobby to get the audience singing along. This song is the stand out number from an impressive set. It’s taken a while to get there, but Snide are a band on the up, and worth checking out. 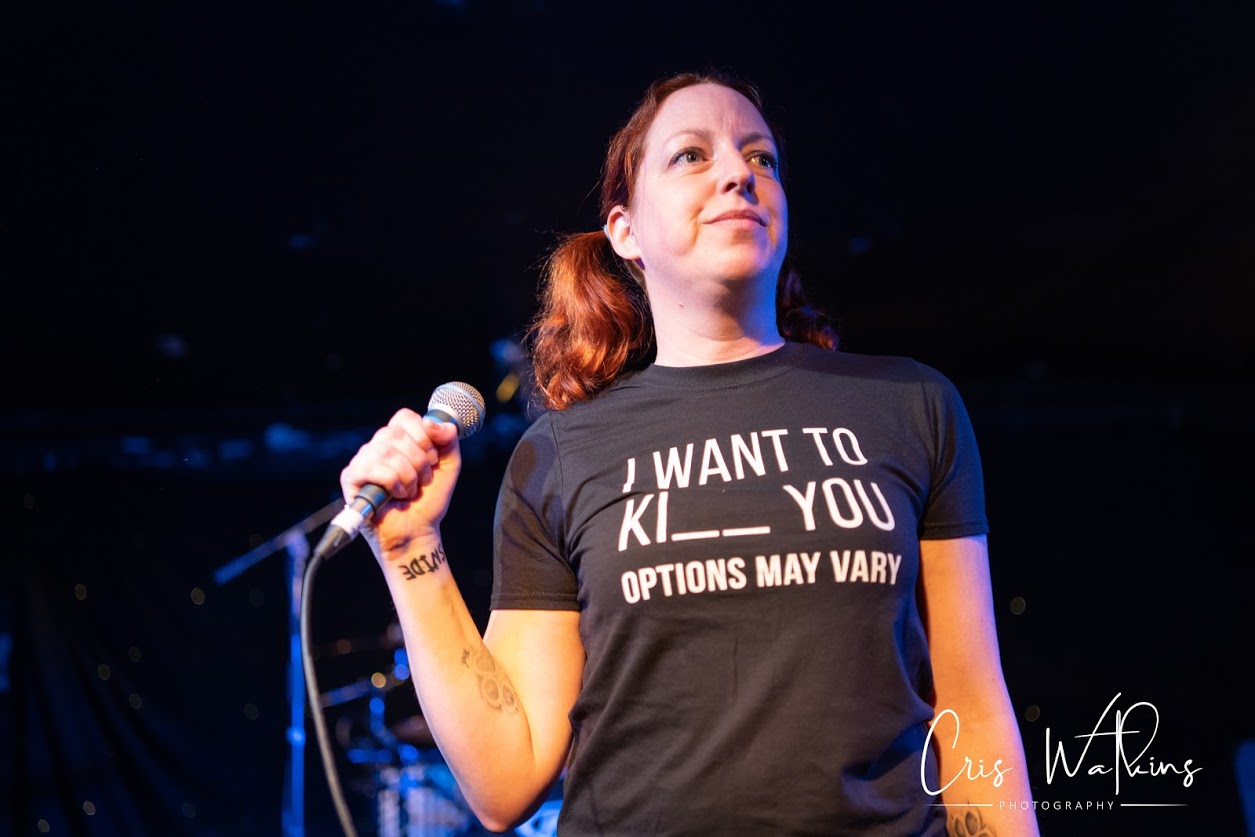 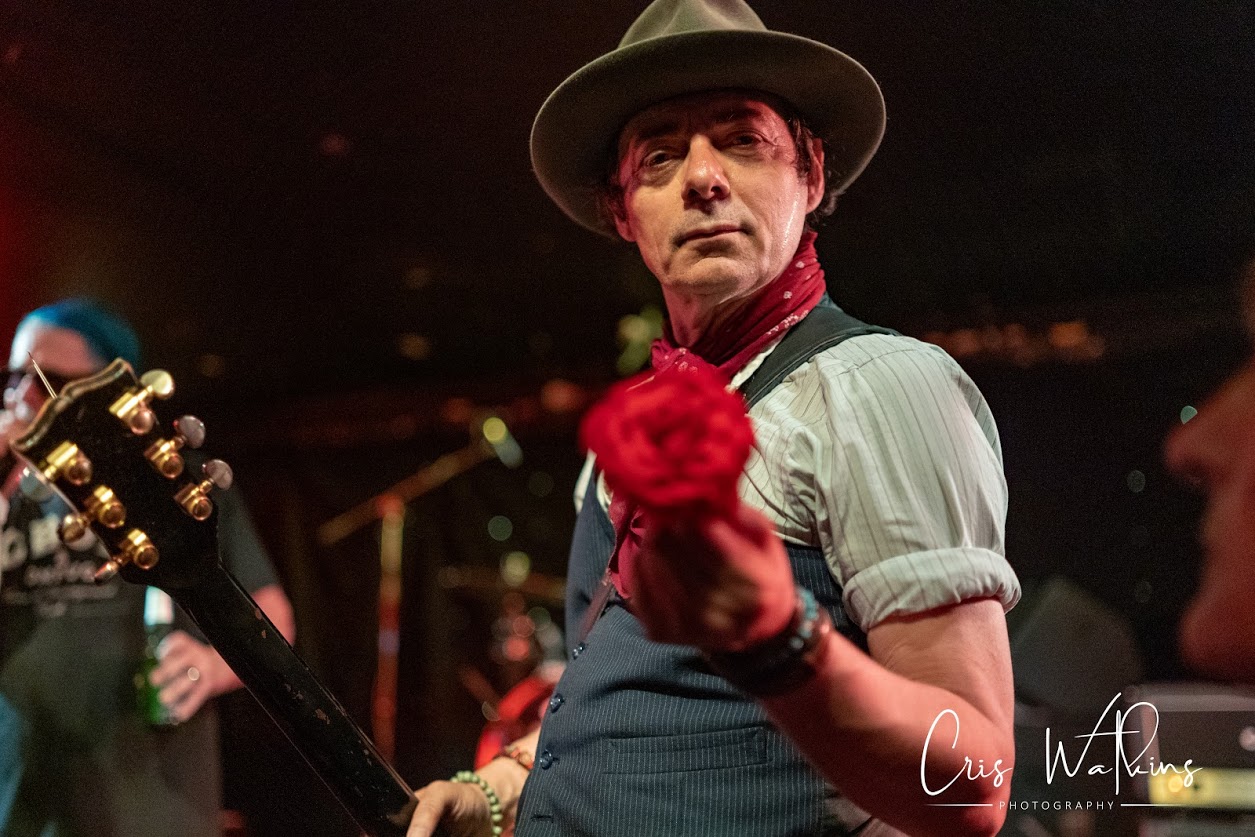 There’s barely time to grab a drink and write up my notes before the recorded introduction, Carl Orff’s ‘O Fortuna’ (the music from the ‘Old Spice’ advert, if you’re my age) heralds the arrival of Slaughter And The Dogs. The room has filled up considerably, though I notice there’s still space for a few more, should there be a last minute walk-up. As the band bursts into the opening number, ‘Twist And Turn’, Wayne Barrett bestrides the stage in a black leather jacket, dark shades, and bright blue hair and sideburns, while guitar gunslinger Mick Rossi sports a brown Stetson and red neckerchief. Both of the original members look in amazingly good nick, considering how much time has elapsed since their early records. Bassist Dan Graziano is super-cool and cuts quite a dash, looking like a youthful Jean-Jacques Burnel whilst sporting a feather cut that would look perfect on the back cover of ‘Do It Dog Style’. Drummer Mark Reback has curly grey hair, with a broad grin cracking through his stubbly beard, and he thunders around the kit with consummate ease. 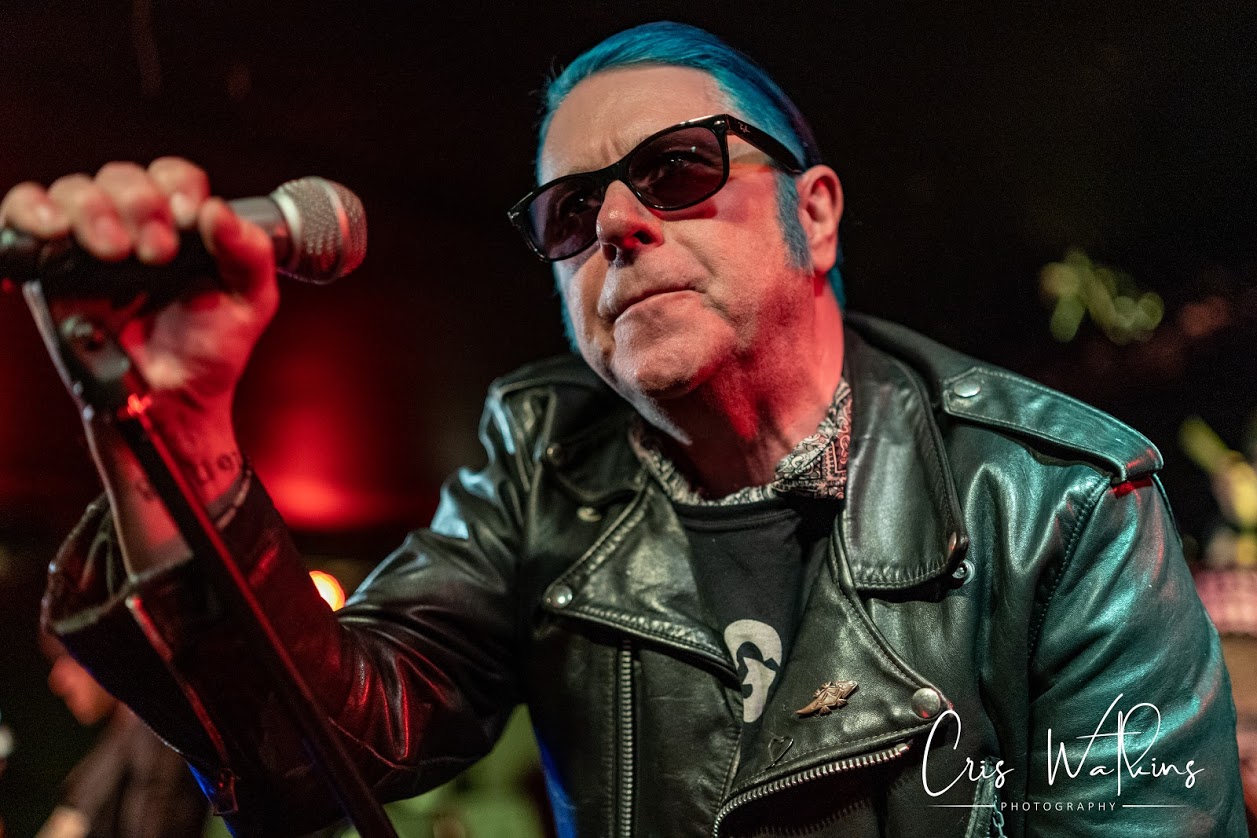 Second number, ‘The Bitch’, gives way to ‘Boston Babies’, and Mick Rossi is thrusting his black Les Paul guitar into the crowd, whilst hammering on a solo whose screaming sustain might just carry until the last syllable of recorded time. ‘Who Are The Mystery Girls?’ and ‘We Don’t Care’ both elicit an enthusiastic crowd sing along. During the cover ‘I’m Waiting For The Man’, Wayne sits back on the drum riser and surveys the scene, while Mick wrangles another wailing solo from his guitar, ‘playing’ the howl by rapidly thrashing his pick-up selector switch up and down. It’s stunningly effective. 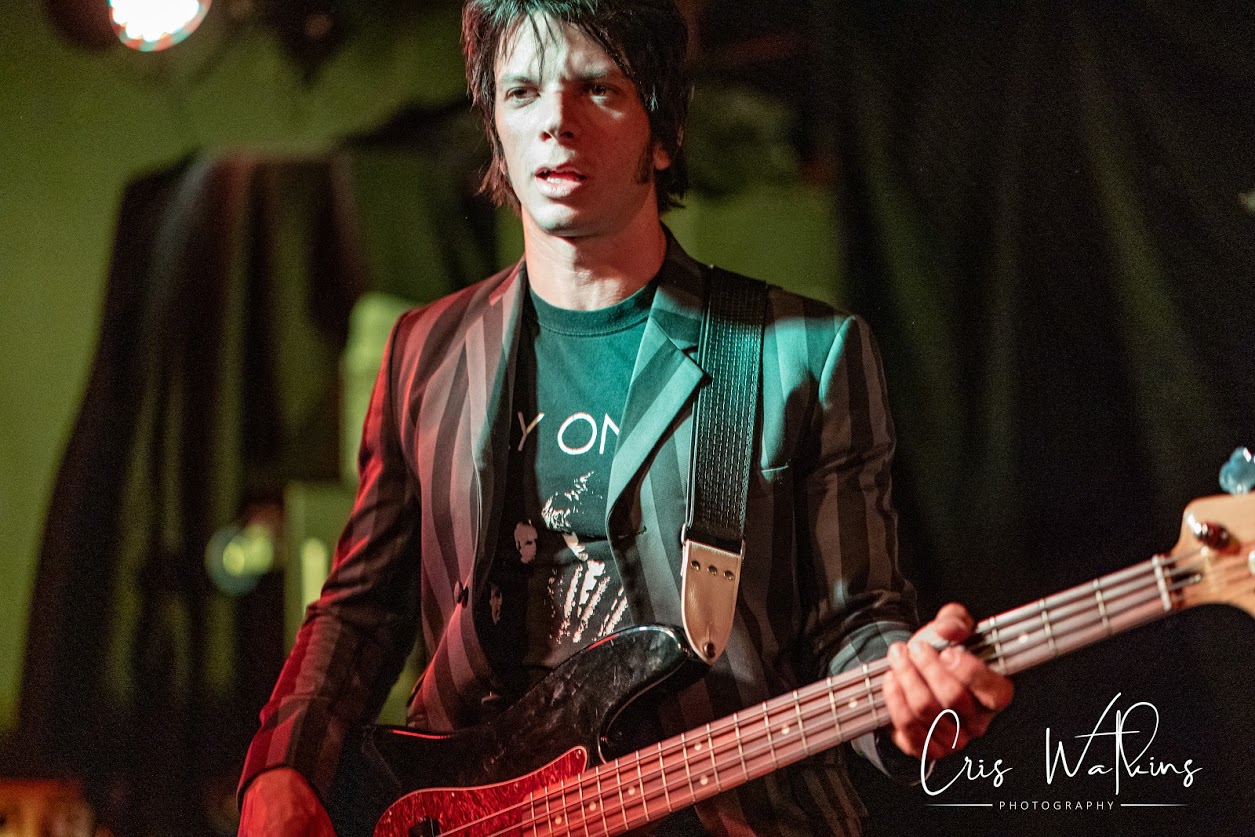 I’m surprised that up to this point I’ve been able to take a few notes whilst standing at the front, the only kinetic hazard being the Brighton area‘s ever present social media star Smelly. I suspect that the mostly mature audience might have been saving their energy. Sure enough, as the band’s iconic cover of ‘Quick Joey Small’ gets off to a slightly shambolic start, it suddenly gets very lively in the crowd with some vigorous moshing and a plenty of beer flying around. I can see a lot of very happy faces as I cannon around like a pinball. The wet floor is a skid risk when travelling at speed, and one or two dancers go over, though as always there are plenty of willing hands to haul them up and hurl them back into the fray. 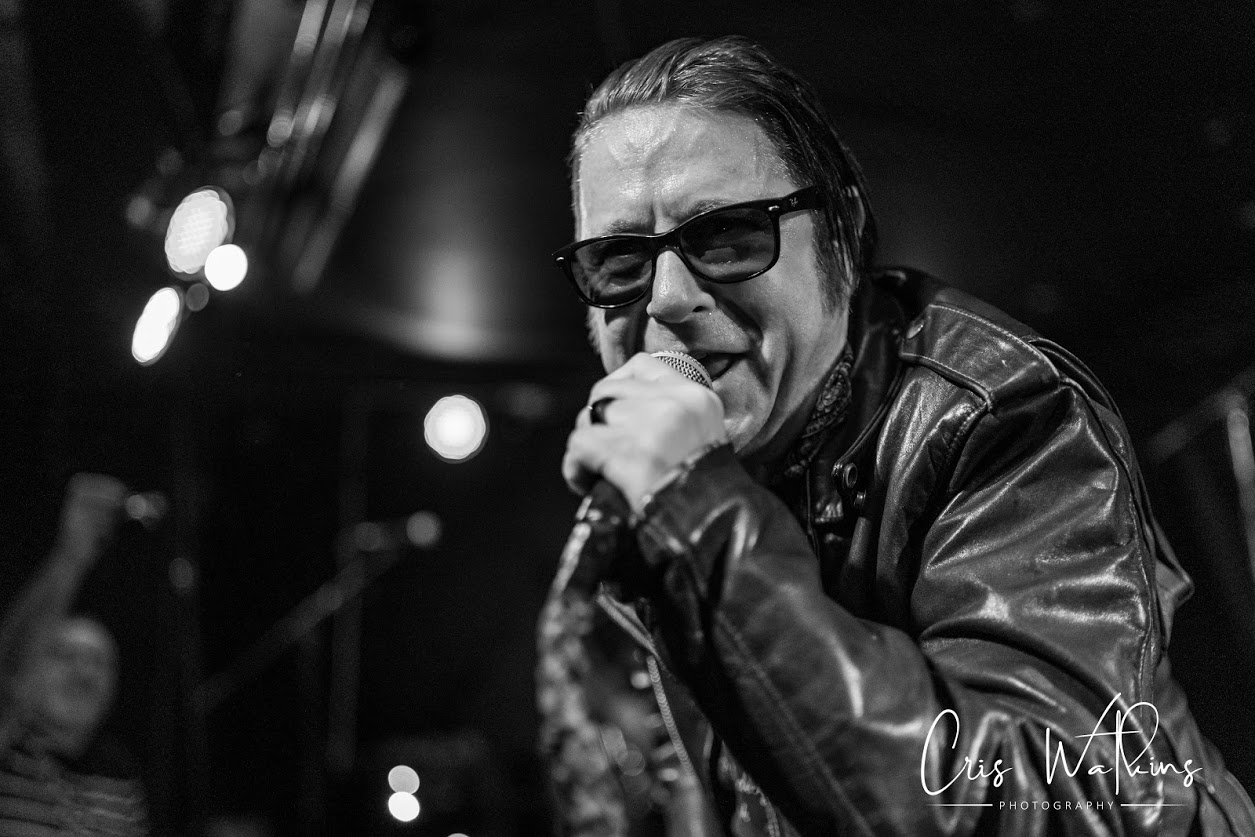 Wayne Barrett’s leather jacket and sunglasses come off for a splendid rendition of ‘I’m Mad’, suggesting that things are hotting up now. ‘Victim Of The Vampire’ is an absolute glam punk classic, as is ‘Dame To Blame’. Wayne makes use of his long mic cable to walk around in the crowd offering punters a crack at the four note backing vocal refrain. As you might expect, some attempts are more tuneful than others. 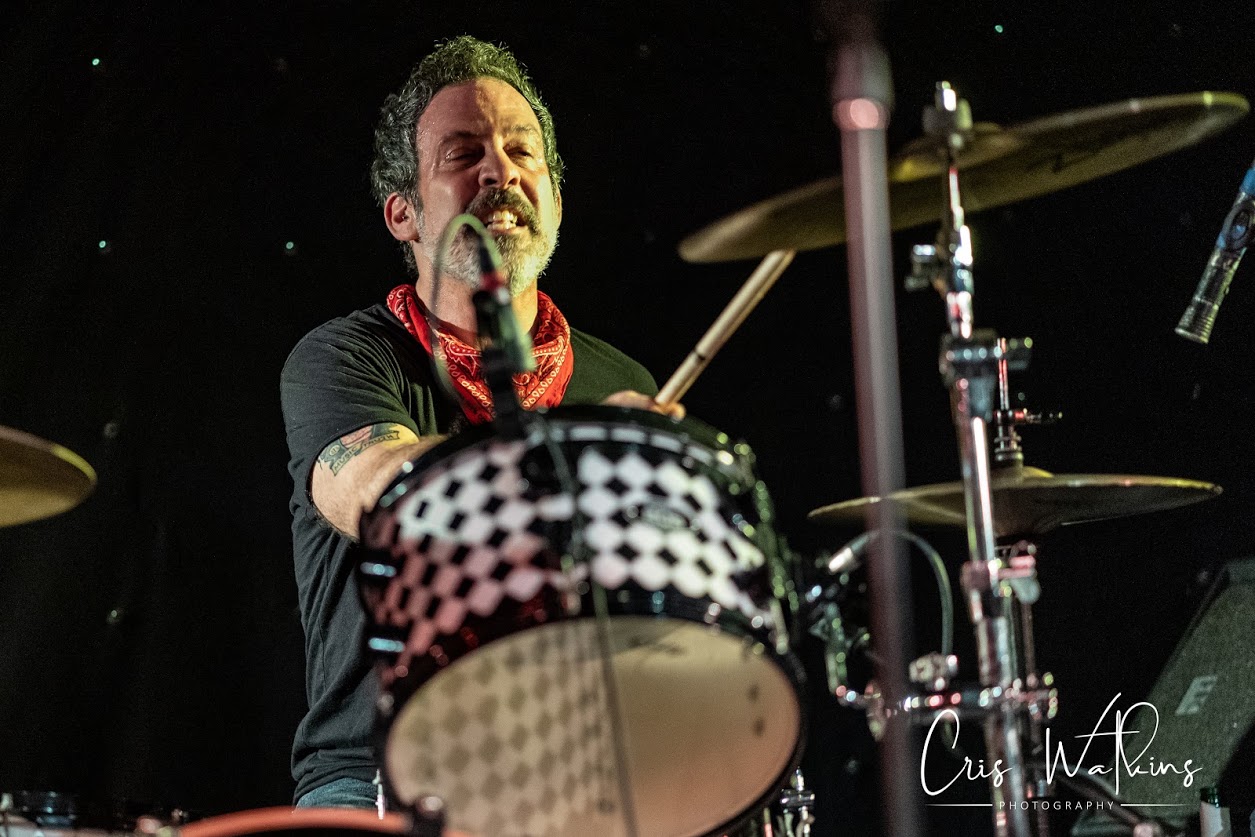 It’s good to see that a song from the 2016 album ‘Vicious’ is considered worthy of placement near the climax of the show. ‘Situations’ sits nicely amongst the classic tracks, and gets a good response, though not quite the mayhem that greets the set closer, ‘Where Have All The Bootboys Gone?’ Wayne announces it as his favourite out of all the songs he’s written, and as the familiar opening bass figure starts up, the crowd goes berserk. Like many here, I suspect, I am temporarily transported back to the distant days of my youth. The aches, pains and burdens of the passing years are discarded for three minutes of glorious abandon. 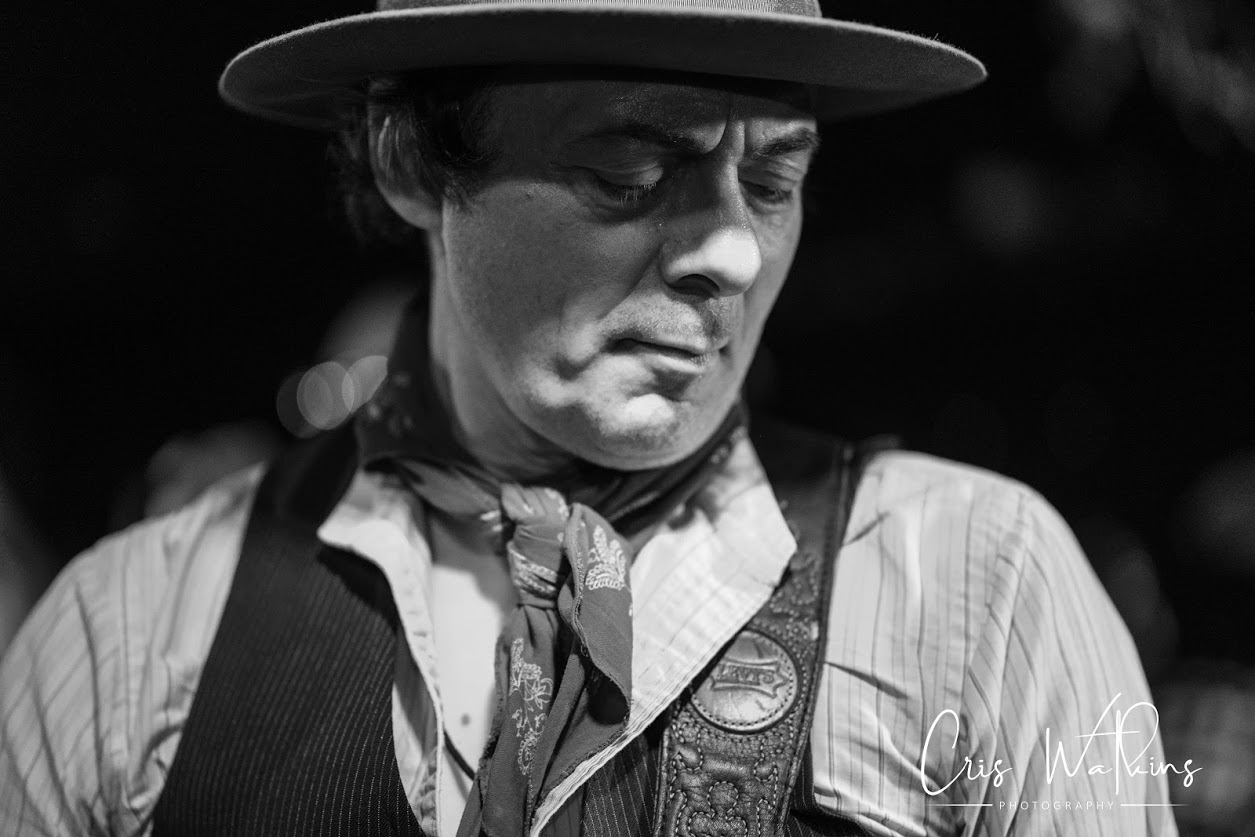 So can they follow that? Of course they can. They have the blistering and iconic debut single, ‘Cranked Up Really High’ still in the locker, and the encore carries on in much the same vein as the set’s conclusion. There’s time and energy left for one final number, and it’s a bit of a treat: ‘Johnny T’, the B-side (remember them?) of the ‘Dame To Blame’ single. 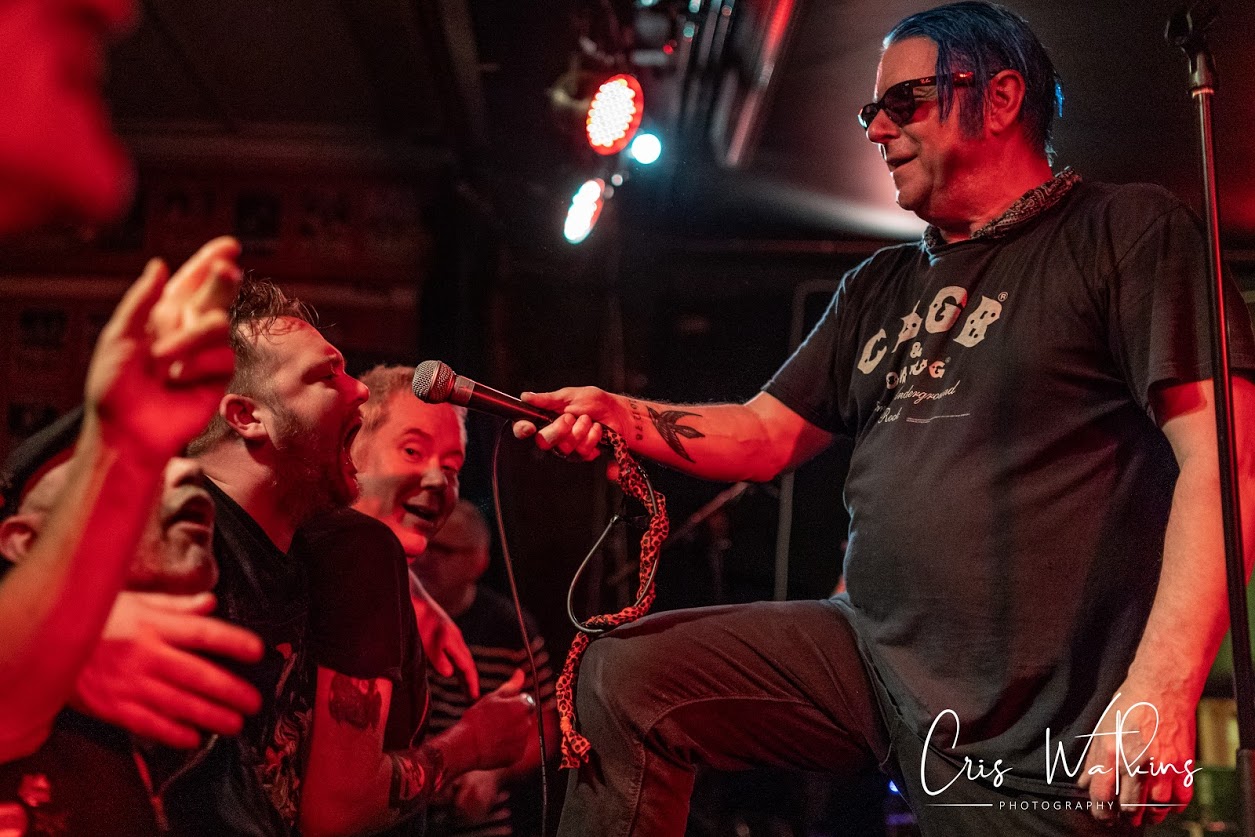 There are plenty of familiar faces in the crowd as the lights come up, and the general consensus seems to be that it was a brilliant show. To be fair, there’s a lot nostalgia involved. The notion of putting high energy punk songs to catchy, glam tinged tunes was never that groundbreaking musically, but it was really good fun 40 years ago, and it’s really good fun now. There are plenty of first wave punk bands still treading the boards, and Slaughter And The Dogs are right up there with the very best. 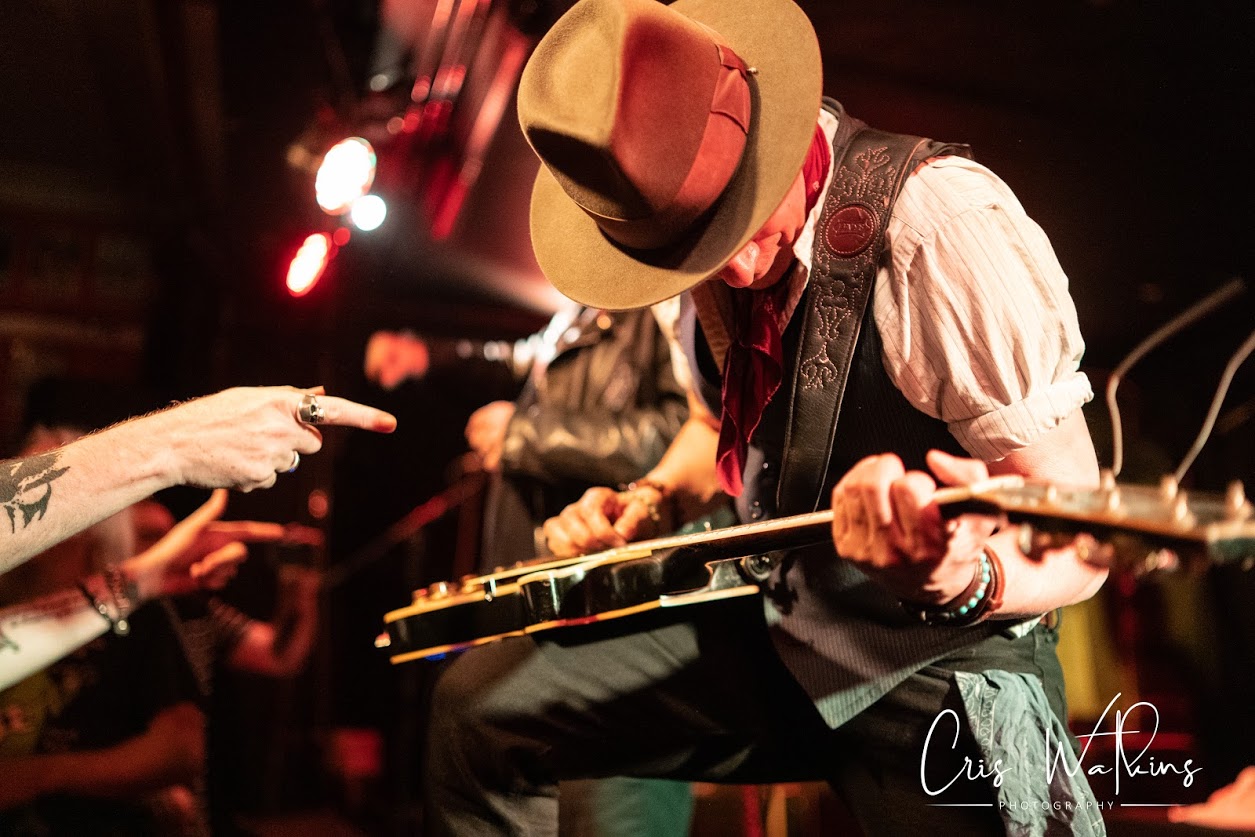 So was it as good as that magical night last August? Not quite, but I can’t imagine having much more fun on a midweek evening in Lewes. 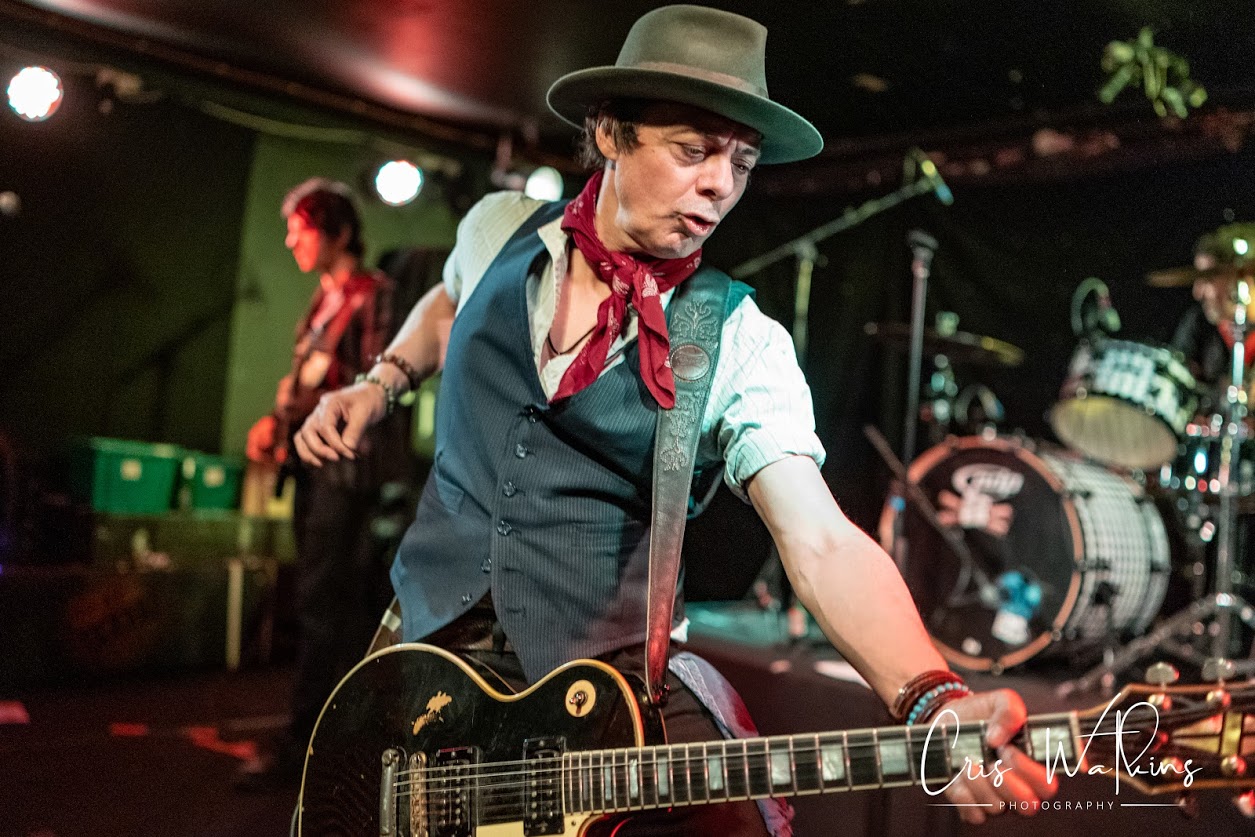 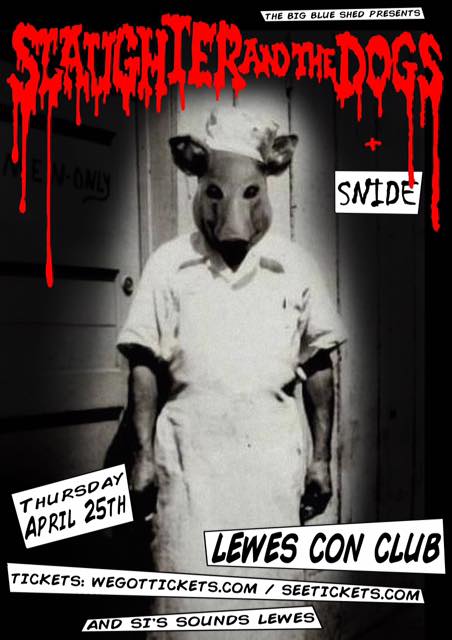 Brighton Rocks to the sound of The Coathangers