The lost primordial sound of The Amazon comes to Brighton 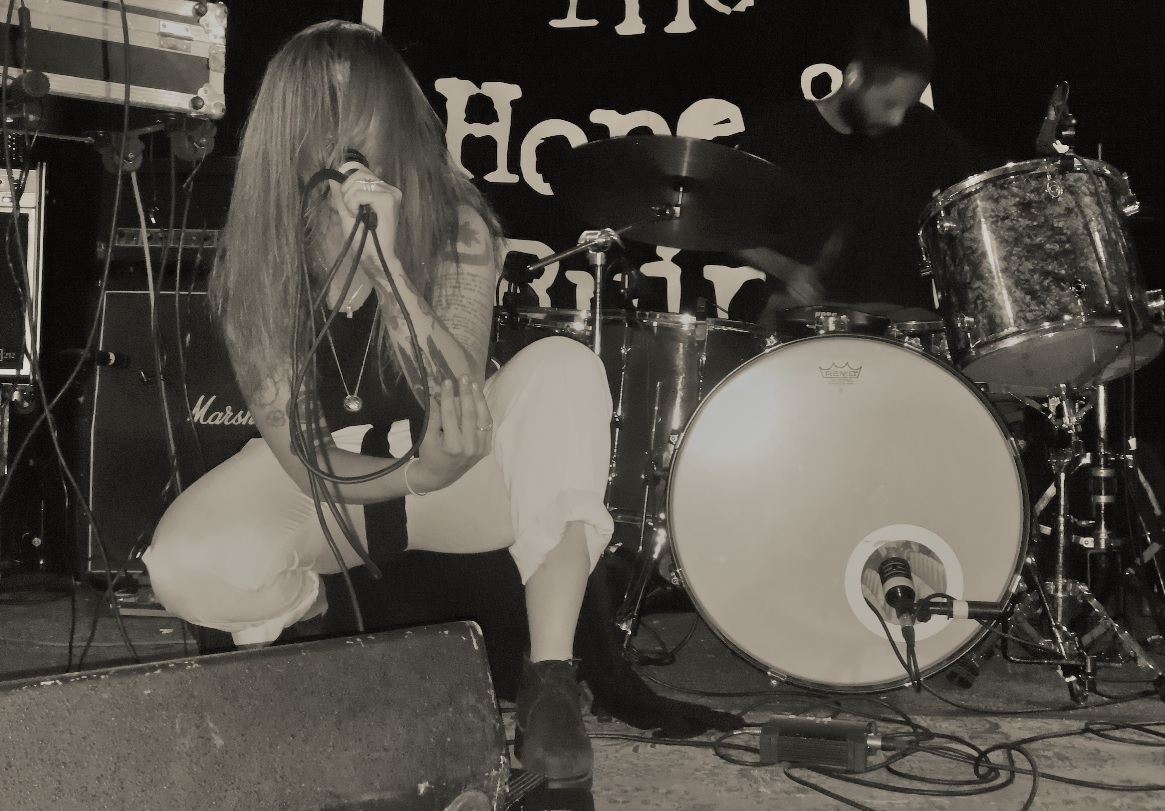 I had a feeling that this evening’s gig was going to be a memorable one, as it’s not everyday that you get to witness the lost rumblings from aeons ago in one of your local pubs. 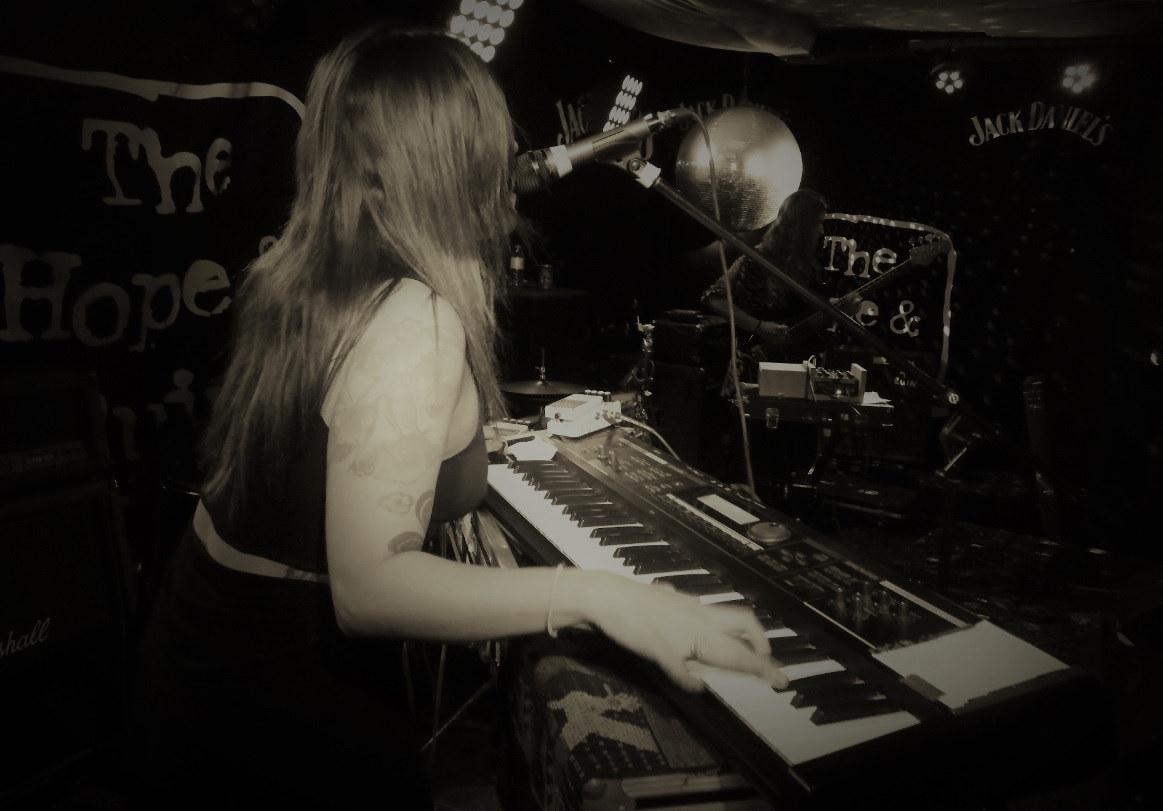 Tonight’s adventure was taking place up at The Hope & Ruin, on Queens Road in Brighton and featured a couple of acts that hail from the south-east of Brazil. The bands in question are Rakta pronounced as ‘Hakta’ and stylized as RAKTA and Deaf Kids stylized as DEAFKIDS and they are on a 24-date joint headline European tour, which includes six consecutive night UK dates, London, Manchester, Brighton, Cardiff, Newcastle and Bristol. The UK venues are quite some distance apart, but I guess that the journeys are just down the road for them as Brazil is massive. 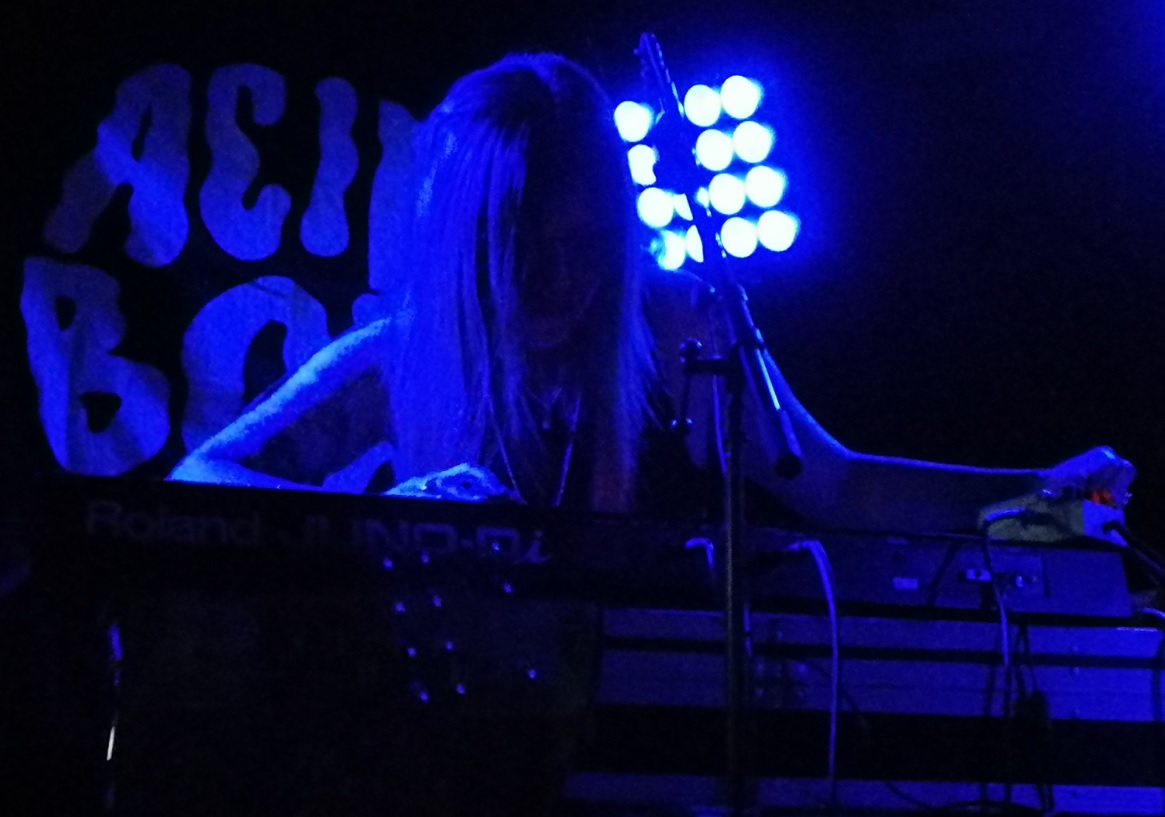 I have only very recently stumbled across both bands and I was primarily attending the gig on the back of hearing the pretty awesome sounds of RAKTA on a YouTube video of them performing live at a festival in Mexico – watch my discovery HERE. 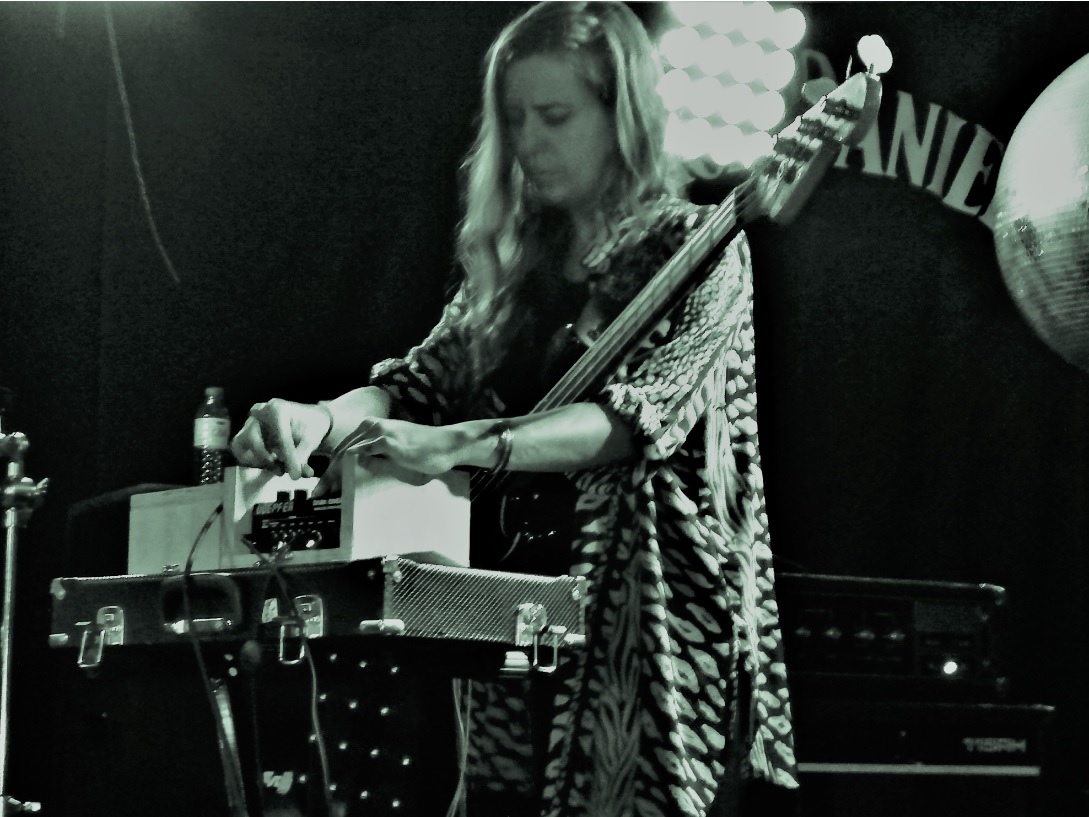 RAKTA were up first this evening and their current personnel is Paula Rebellato (vocals and synth), Carla Boregas (bass) and Mauricio Takara (drums). It turns out that they are no strangers to Brighton as this is their third visit to the city, with their previous appearance being at The Western (near Churchill Square) on Wednesday 28th November 2018. Funnily enough, that same night I was also in tonight’s venue, The Hope & Ruin, watching the delights of Penelope Isles, Porridge Radio and DITZ. Maybe if I had known about RAKTA then, I could have taken in both gigs? 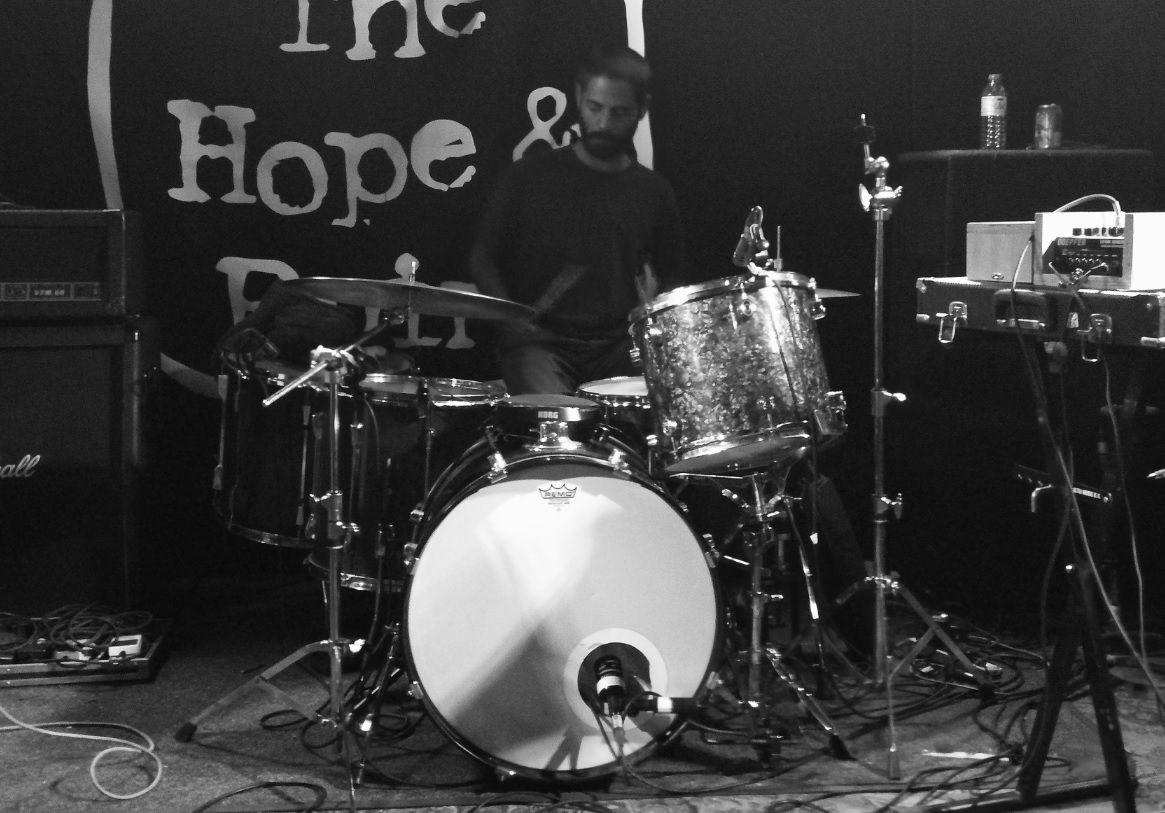 Rakta is a strange word, so I looked it up and it turns out that it means “coloured” or “red” in Sanskrit and it represents the blood, mainly the red blood cells. Rakta tissue oxygenates the cells, nourishes the body and is thought to preserve life. “Nourishes the body” they certainly do, and preserving my well-being and life – then well I’m up for that one! 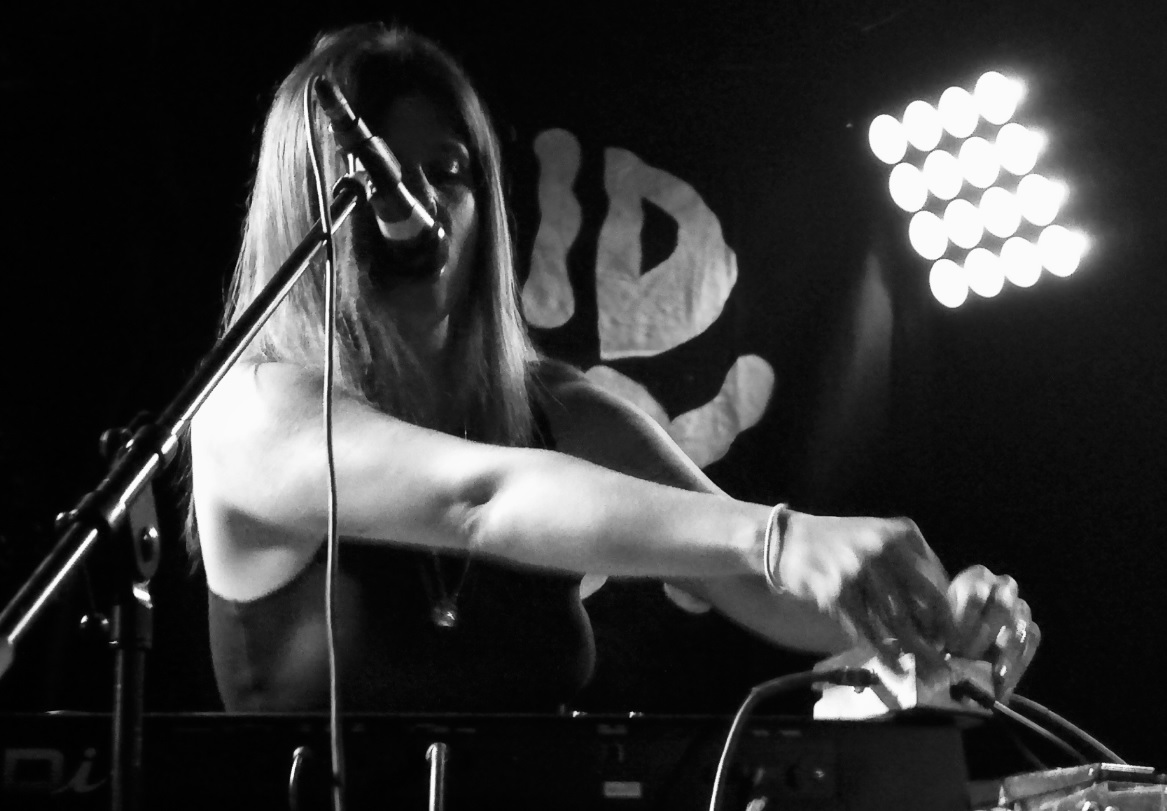 ​RAKTA come straight from the depths of Brazil’s financial centre which is São Paulo in Brazil, which has a population of over 12 million. They are a band too wild to be caged inside familiar rock labels. In fact, very little is familiar, or comfortable in their music and general stance. On the road since 2012, the group had as an initial inspiration the musical freedom and policy of the 70’s/80’s anarchist and post-punk scene, especially towards the “anti philosophies” from the British collective Crass. After this initial impetus, they soon found their own identity, pushing the creative barriers, without interest in playing sounds or pre-defined ideas of one or another sub-genre, i.e.a completely punk modus operandi, but without any reverence for rules and standards aesthetic-musical. 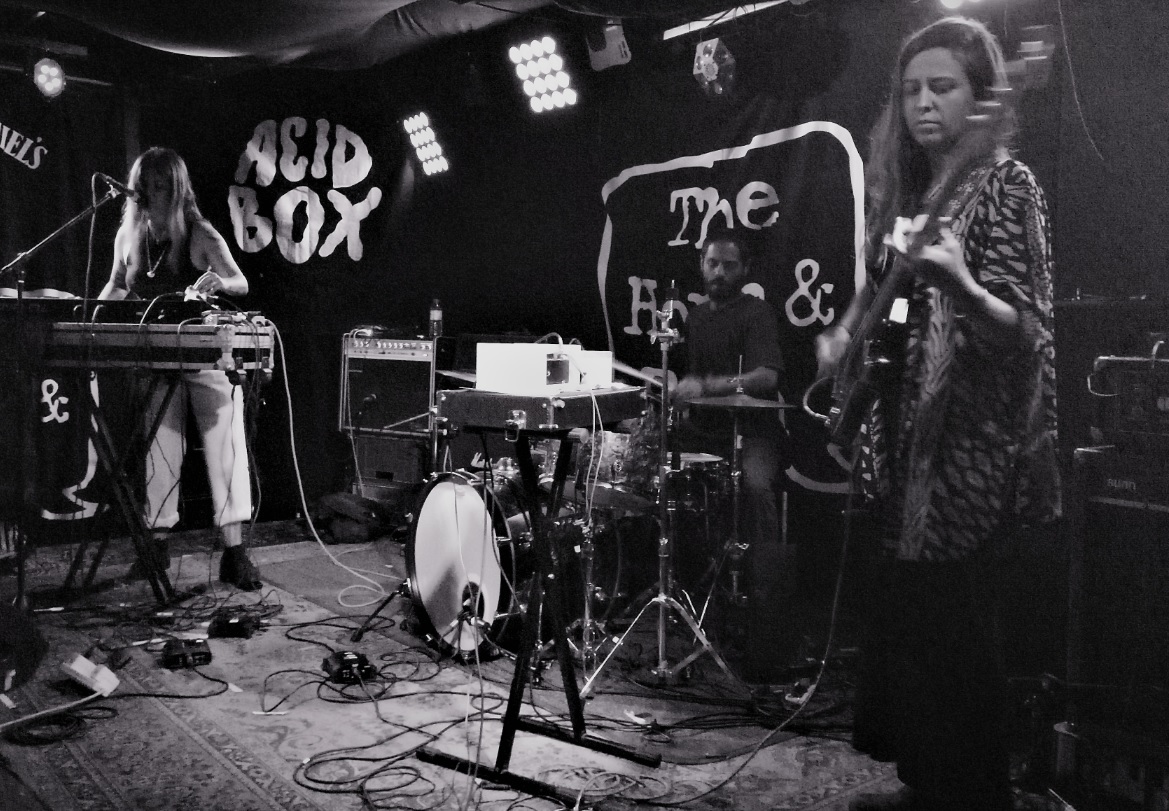 Their overall sound tonight during their seven song set which featured no less than six numbers from their brand new 1st April ‘Falha Comum’ album had elements of many bands that I happen to enjoy. Bands including X-Mal Deutschland, Joy Division, PiL, UK Decay, The Slits, Moon Duo, Stereolab, Suicide, Siouxsie & The Banshees, Tubeway Army, The Limiñanas, K-X-P, Killing Joke, Black Doldrums, Nash The Slash, Neu, The KVB and the swirlings keyboards of The Doors. 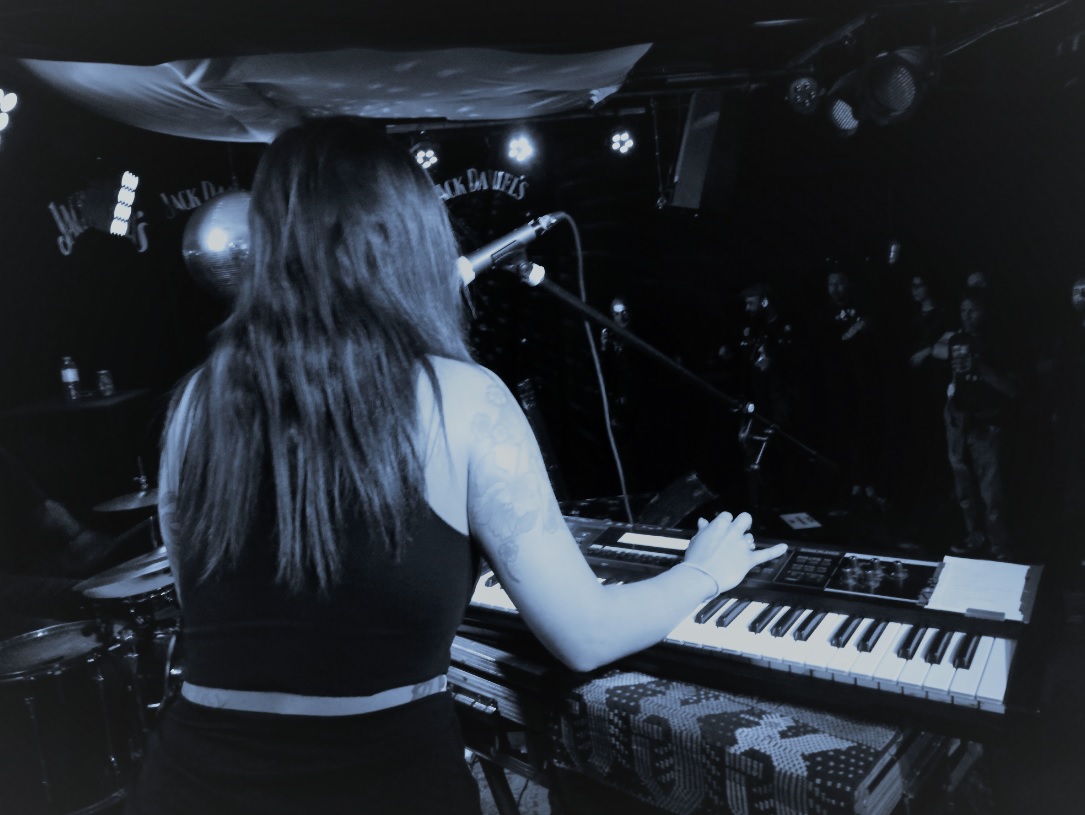 Paula’s vocals thrust lyrics at us and I honestly have no idea what a single word is, whilst at the same time she masters her Roland Juno and electronic magic box. Carla has a box of tricks too as well as her meaty rumbly sounding bass guitar and newest member Mauricio plugs away at his drum set with aplomb. Their previous lady drummer has gone to live in Argentina and so that would have made rehearsals a bit tricky, hence the arrival of Mauricio. 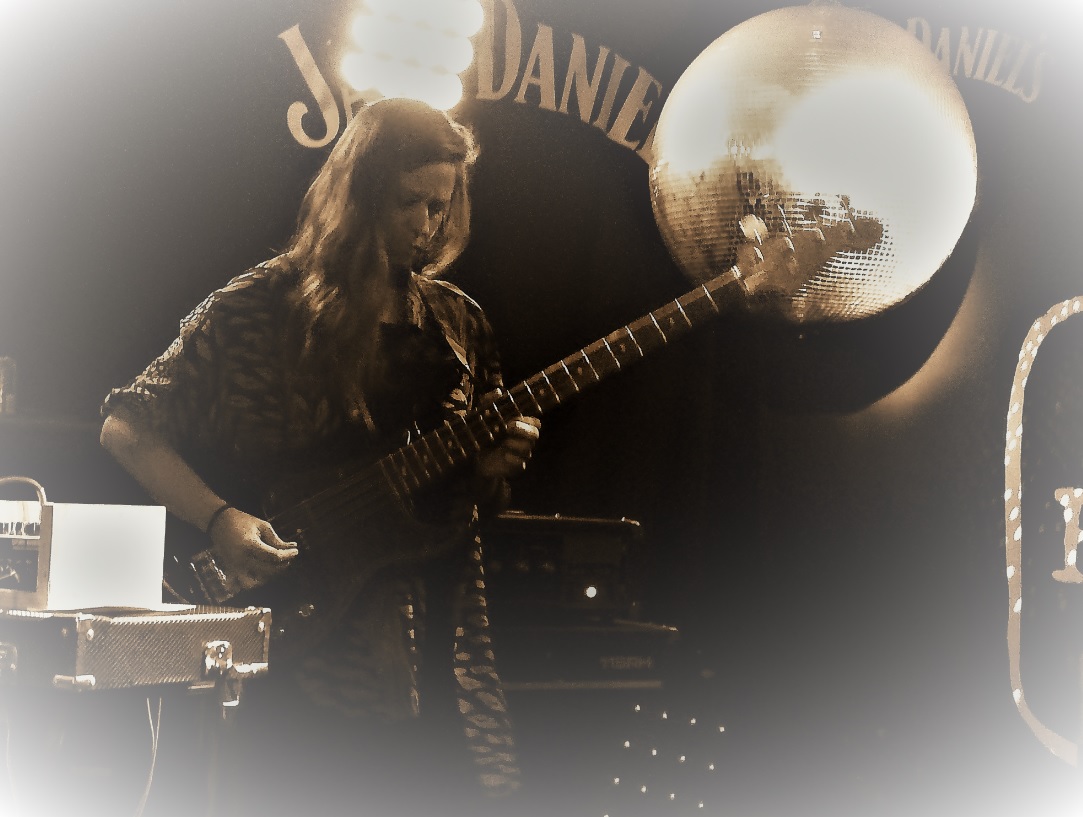 Thankfully I was at the front of the venue this evening and was able to absorb the whole engulfing experience as the sounds flowed over and through my body as I was hypnotised by the overall beat, which could have been improv or sticking to a predefined distortion routine. I have no idea about this, but what I do know is that it’s absolutely brilliant and I tell you what, if the new music God, John Peel was still with us today, I’m certain he would be raving about them! 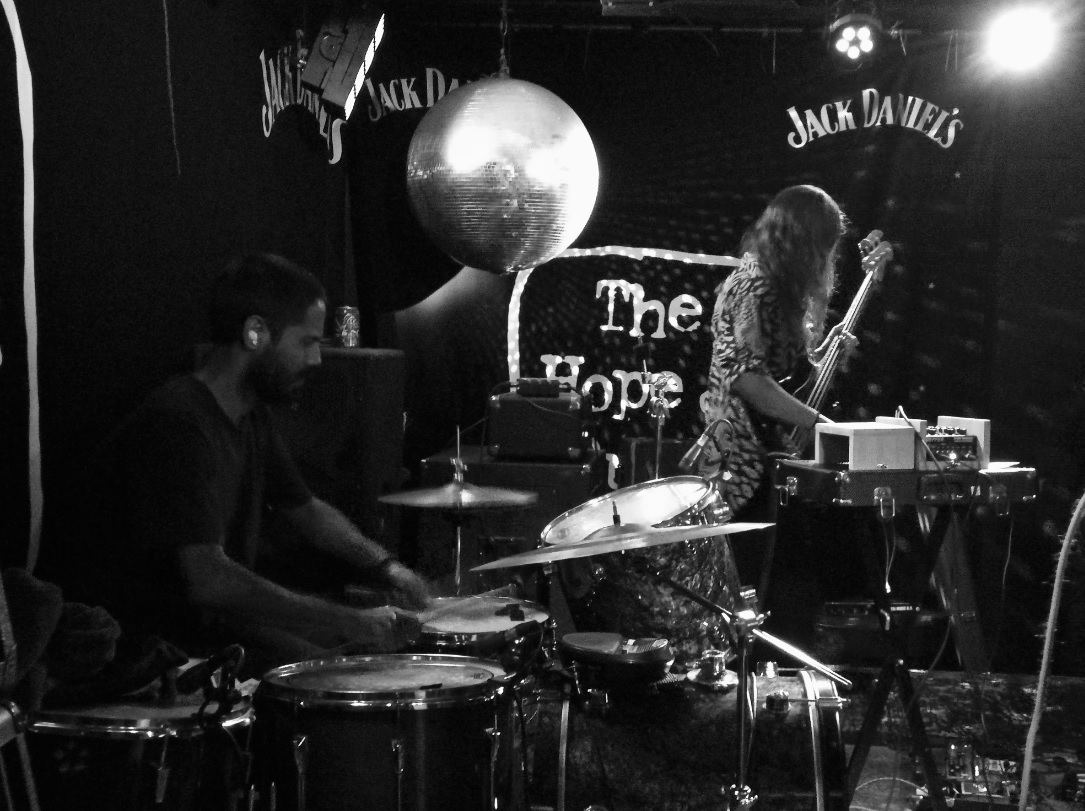 Give yourself a treat by watching their terrific KEXP performance HERE and listen to and hopefully purchase their material HERE. 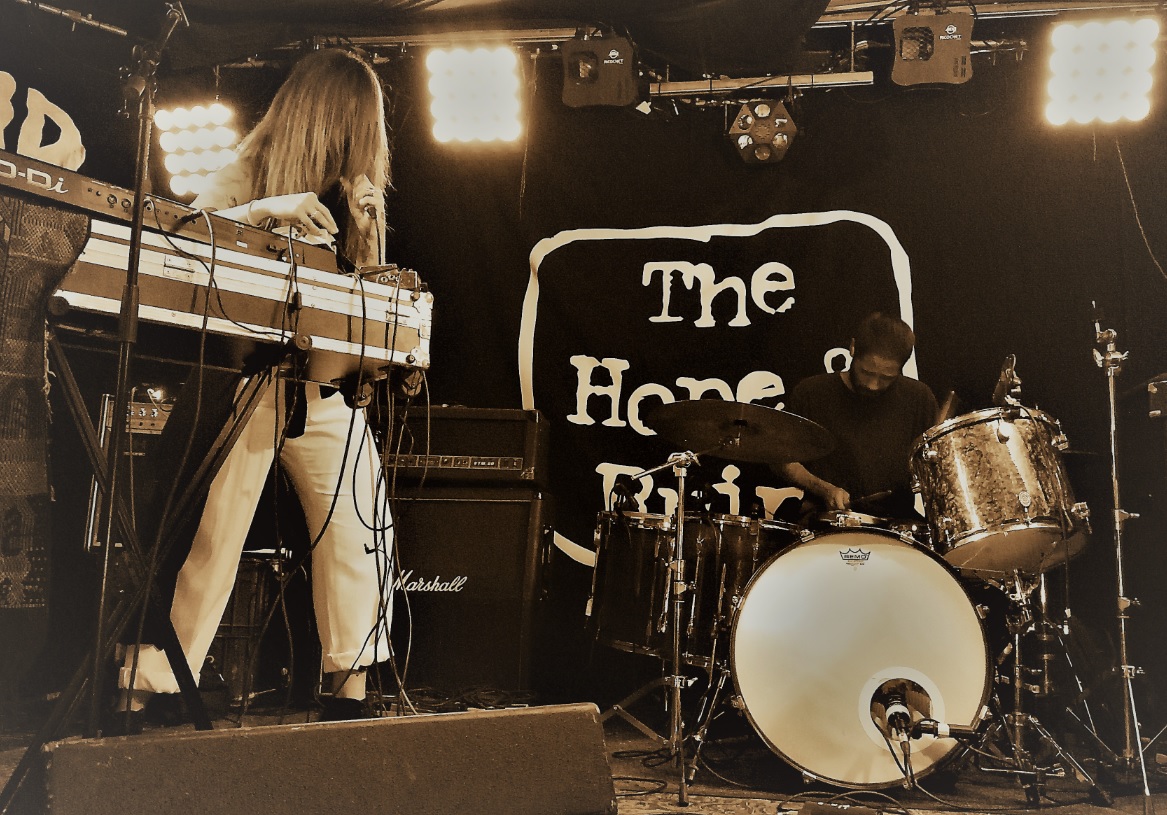 This is one band that I must see live again, but in the meantime, I can (and you can) thankfully enjoy the final 20 minutes of their performance from London two days before tonight’s show – enjoy it HERE. 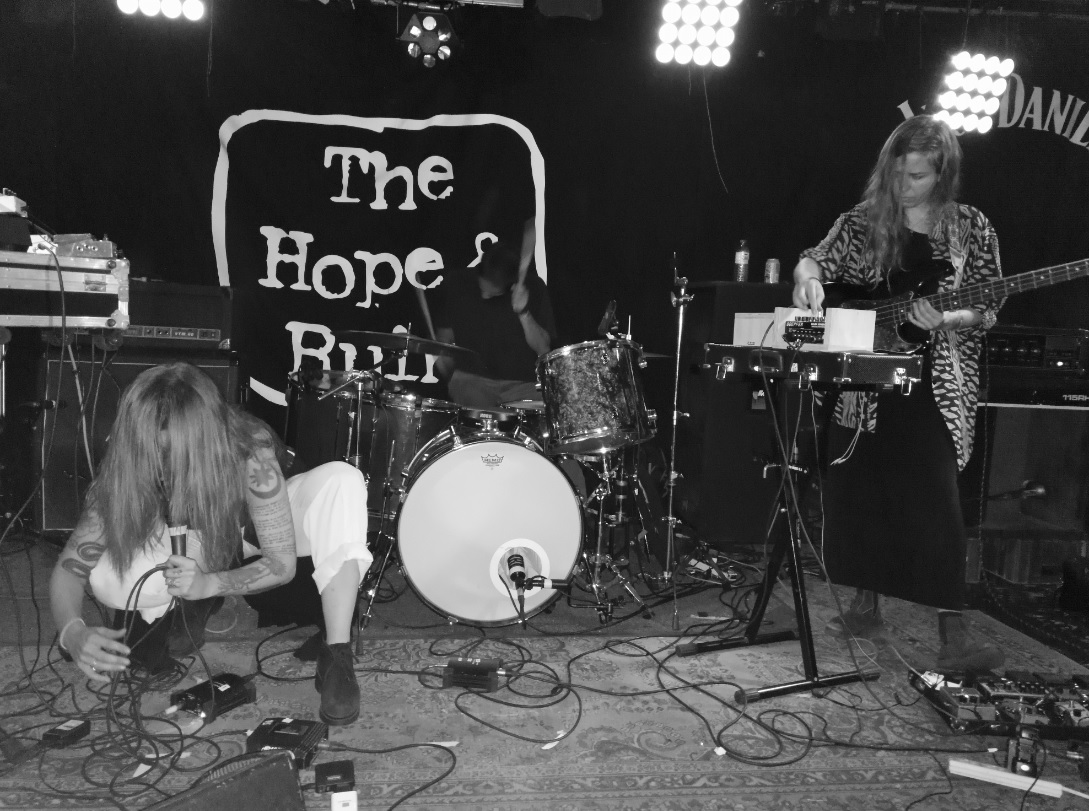 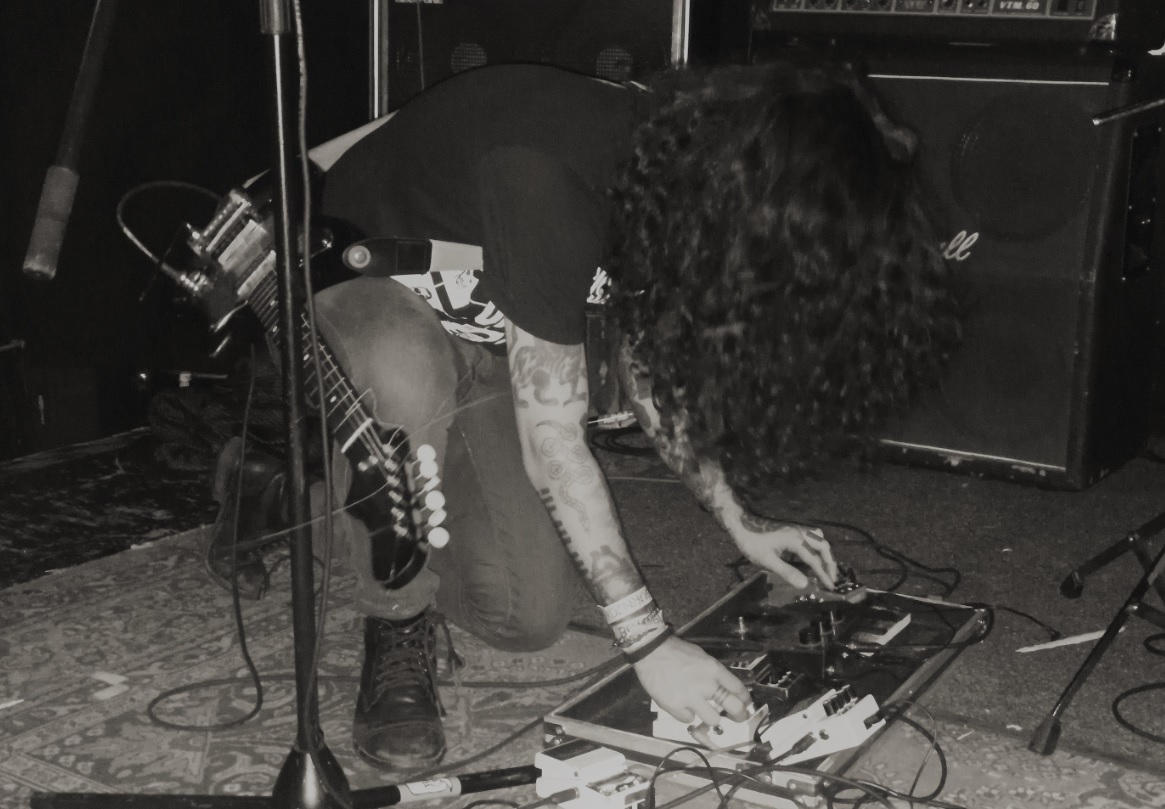 Blimey! Where do you go from there! Well DEAFKIDS were also thankfully on form tonight as well.

DEAFKIDS are Douglas Leal (vocals and guitar), Marcel Dos Santos (bass) and
Don Mariano (drums and percussion) and are too based in São Paulo in Brazil, but originally apparently hail from Volta Redonda, which is a municipality in the Rio de Janeiro state of Brazil which has over quarter of a million inhabitants. 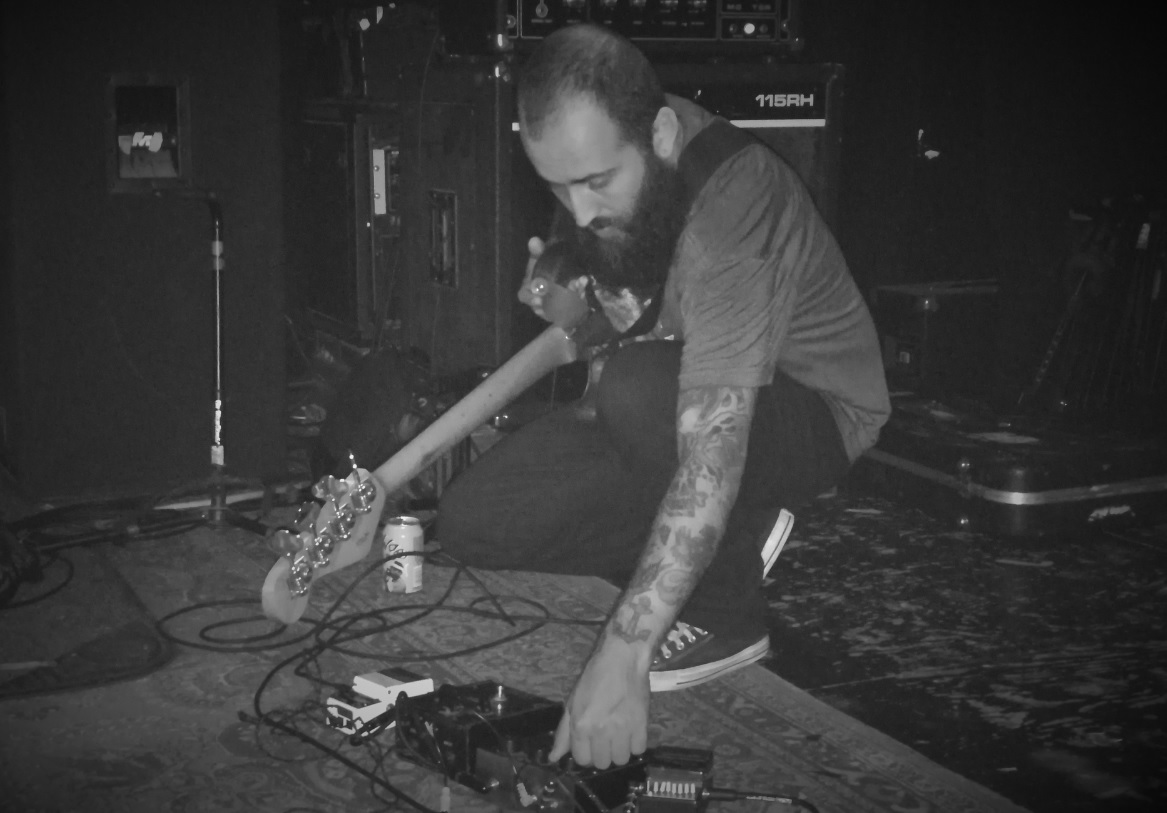 DEAFKIDS have also just released a brand new album (on 15th March) which is called ‘Metaprogramação’ and it’s their third full length release. While their previous release, ‘Configuração do Lamento’, captured the group delving deep into their own diverse and discordant musical world, ‘Metaprogramação’ pushes these elements to entirely new extremes. DEAFKIDS imprint a future-primitive psychic scenario into their music by weaving a fabric of electronic pulses, barrages of delay and noise, wailing guitars, and frenzied rhythms that ricochet aggressively across the speakers. Songs are urgent and fluid, melting and dissolving into one another, culminating in a wild psychedelic journey that’s bound to reach one’s mind through the body while intoxicating both. 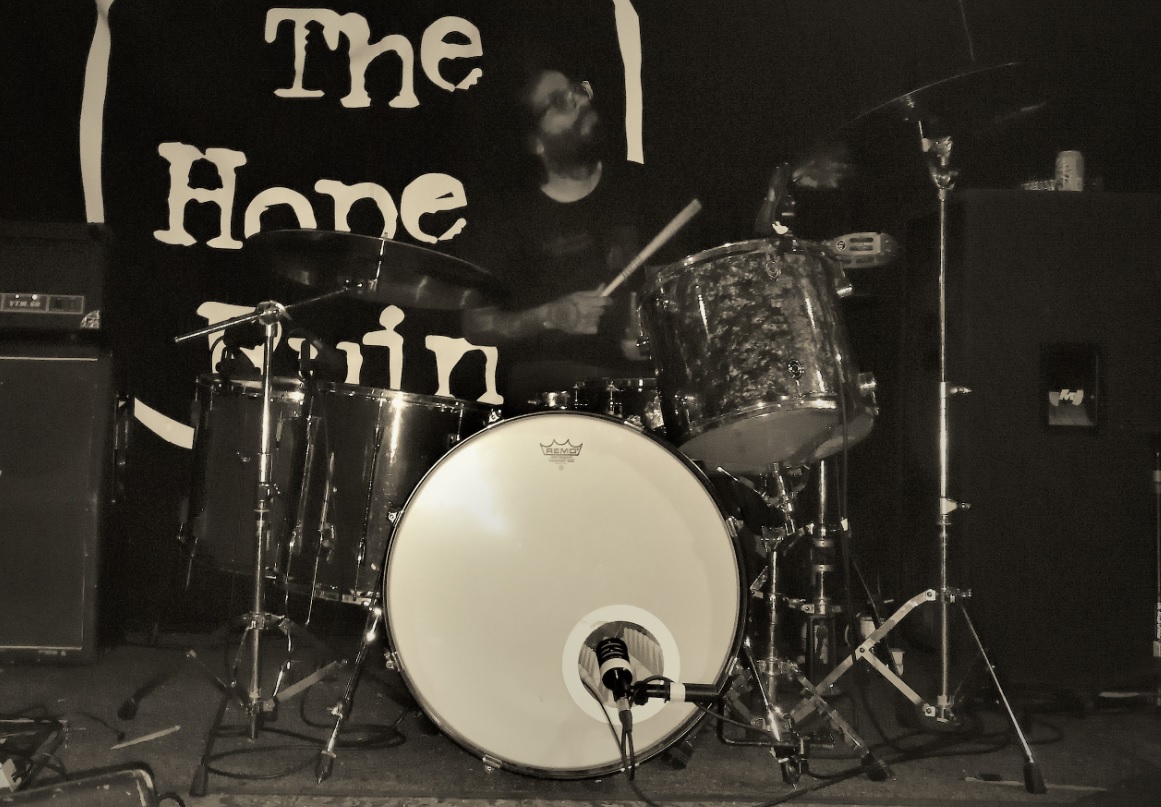 The Hope & Ruin crowd were treated to nine compositions tonight, with three of them being lifted from the new ‘Metaprogramação’ platter and a trio coming from its predecessor ‘Configuração do Lamento’. 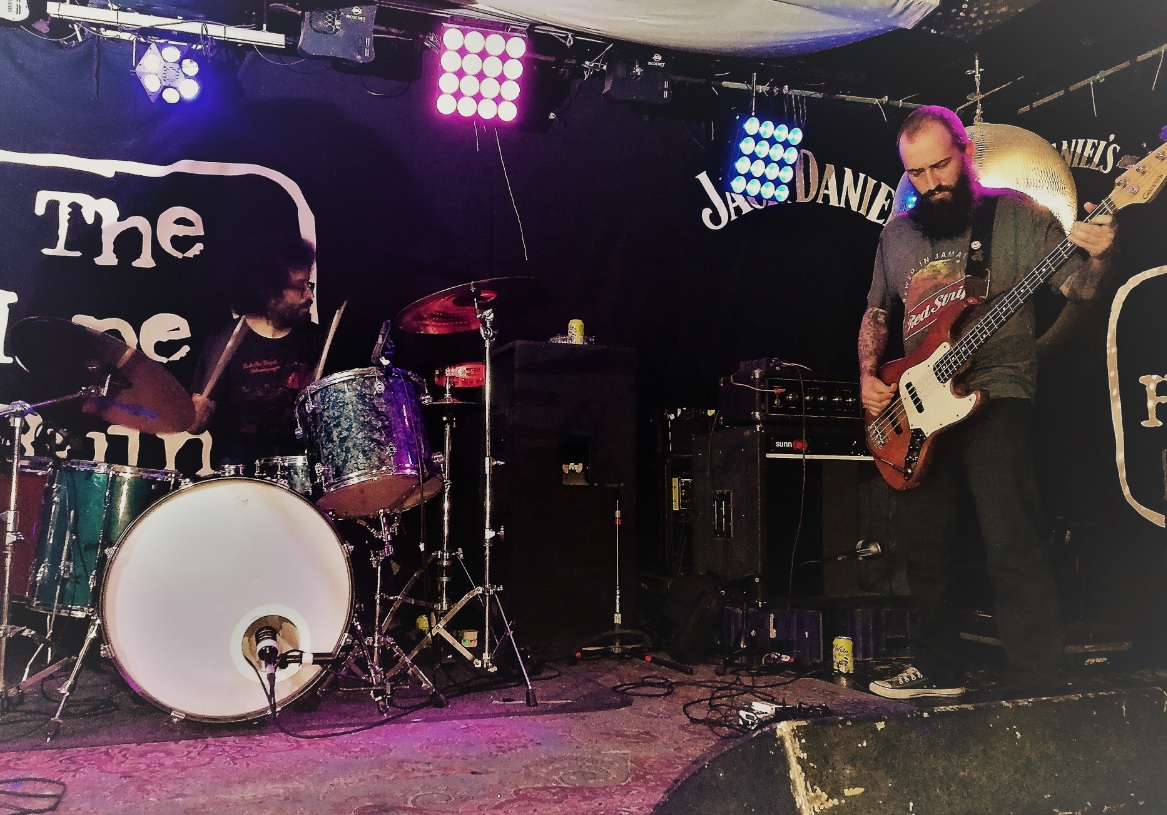 In essence you could argue that DEAFKIDS are a borderline heavy metal distortion version of RAKTA, who also attend the inaudible lyrics and wall of noise camp. The similarities don’t end there, as both RAKTA’s vocalist Paula Rebellato and DEAFKIDS vocalist Douglas Leal totally hide their faces with their hair. 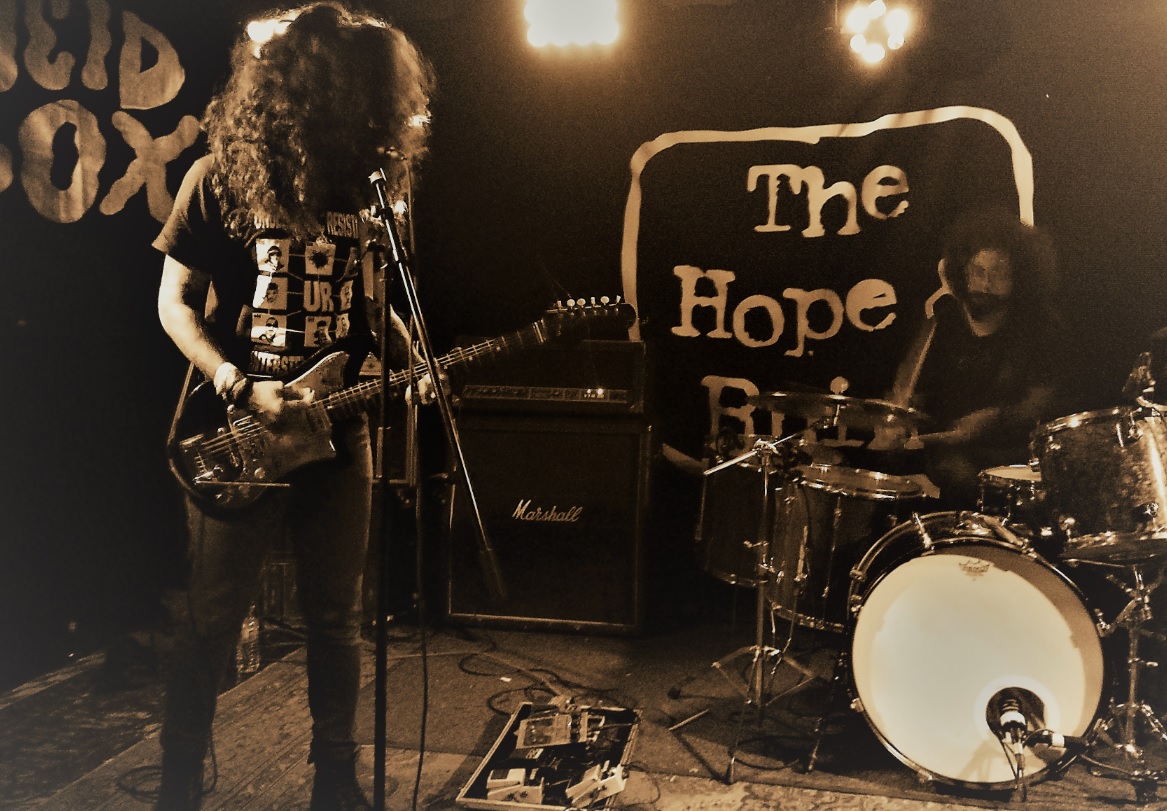 DEAFKIDS pedal heavy tribal trance music that brings out the primordial rumblings in anyone and thus would be most enjoyed by fans of SONS and Motorhead. I was even briefly reminded of ‘No Survivors’ by GBH during their set. However, their pièce de résistance has to be the out of this world drumming by Don Mariano, who certainly has picked up the mantle from Cozy Powell (RIP) and is the best drummer that I have seen live for years!!! I told him this after the bands performance and he seemed very humbled by this and almost unaware of his skills. 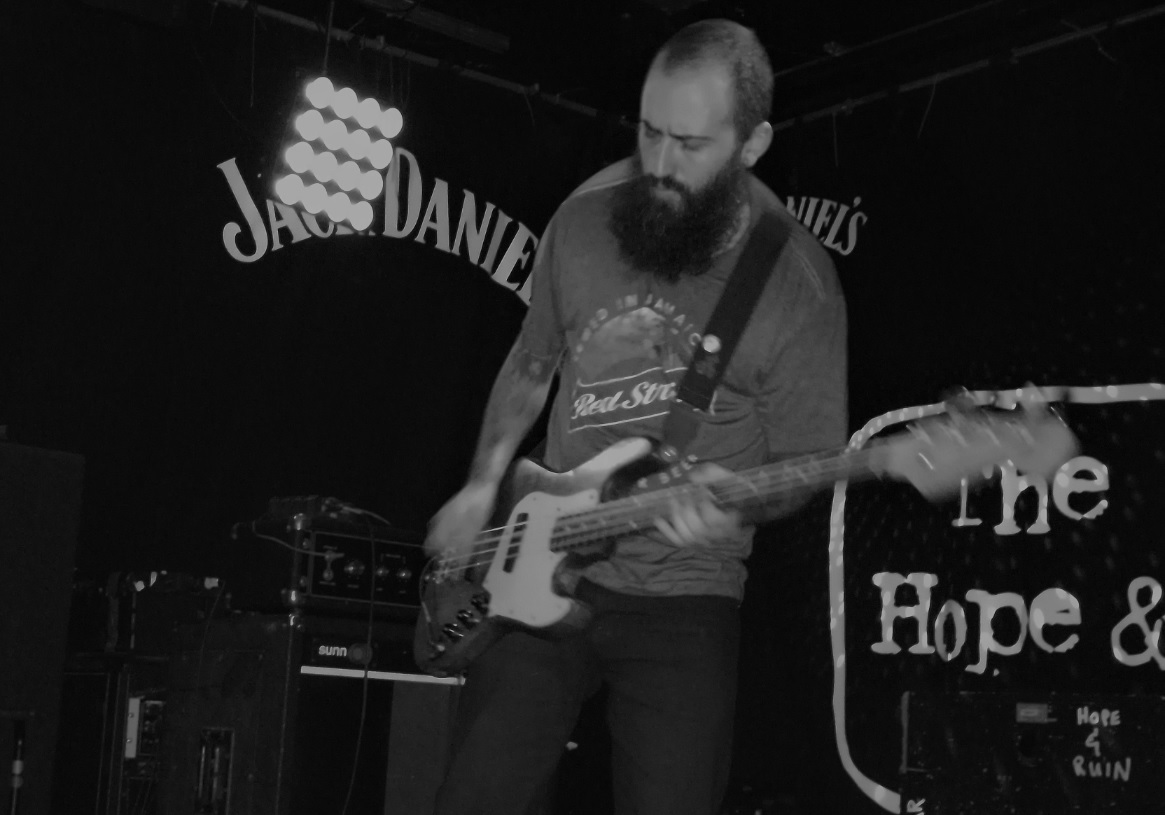 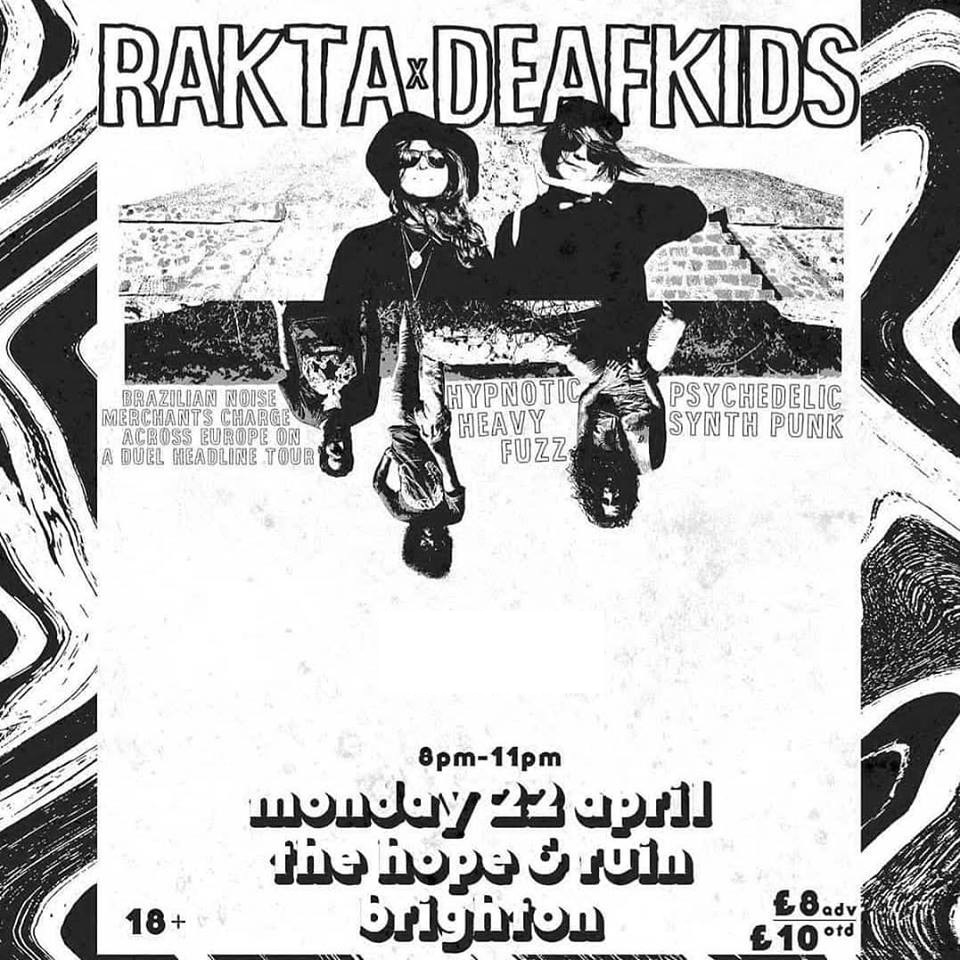 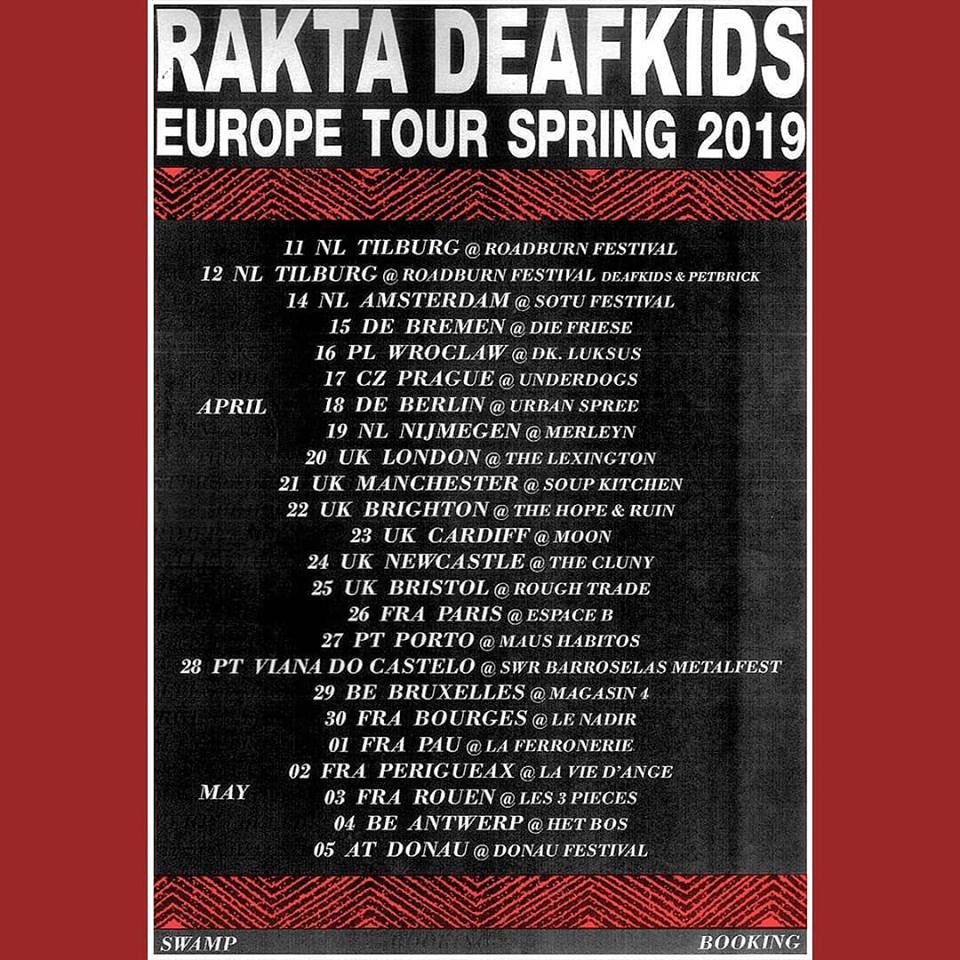 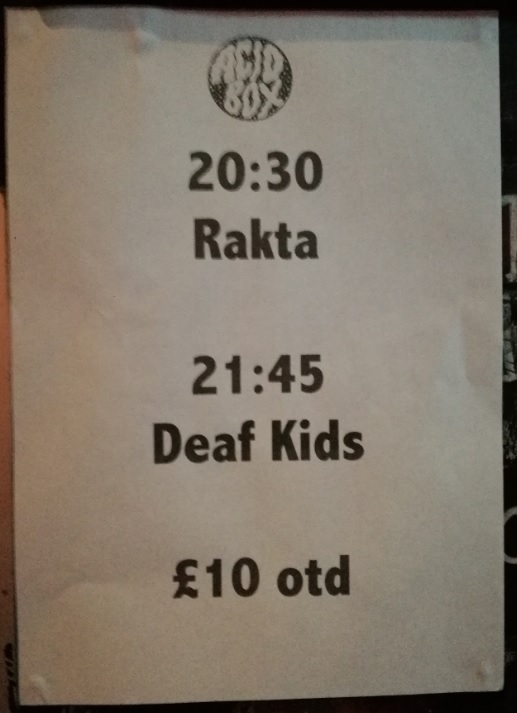