A Brighton pensioner has been reported missing, prompting Sussex Police to issue a public appeal for help finding him. 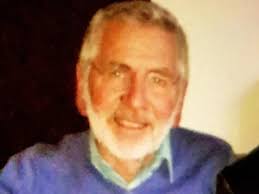 “He is white, 5ft 10in, of medium build, with short grey hair and a short beard.

“Stephen was last seen wearing a blue v-neck jumper and a blue fleece.

“Stephen could become confused by his surroundings.

“If you see him please dial 999 immediately.”