Thousands of youngsters took to the streets of Brighton for the annual Children’s Parade today (Saturday 4 May). 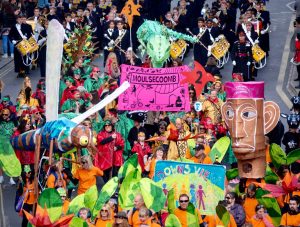 Thousands more people lined the streets for the event which, as always, featured a riot of colour and creativity and an elaborate and impressive array of costumes.

The organisers said: “For 30 years the Children’s Parade has officially marked the start of Brighton Festival, with over 5,000 participants, including 3,473 school children, stepping into showstopping costumes they have designed and made themselves.

“Fifty-eight local schools take part and enjoy a sense of pride as their hard work turns into a vibrant procession of dance, drama and fun for the whole city to watch.

“Around 10,000 people come along to see the parade and be part of the largest annual children’s event in the UK. 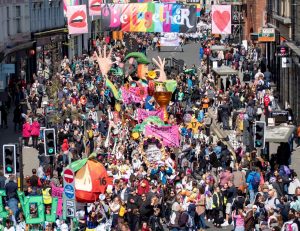 “The Children’s Parade is a unique event produced by Same Sky for the Brighton Festival, the largest annual curated multi-arts festival in England.

“This year’s theme is folk tales from around the world in honour of the storytelling theme of the whole festival, chosen by this year’s guest director, celebrated Malian musician and humanitarian Rokia ”

She led the procession with the mayor of Brighton and Hove, Councillor Dee Simson, and Andrew Comben, the chief executive of the Brighton Dome and Brighton Festival. 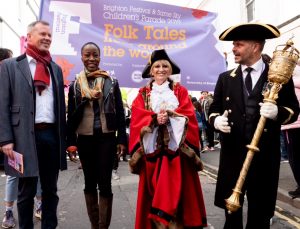 Schools across the area were allocated a folk tale from a selection chosen to reflect the diversity of artists taking part in the festival.

The organisers added: “The stories have been studied and explored by teachers and pupils before being presented in costume, music and carnival structures.” 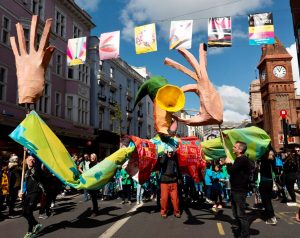 This year the Children’s Parade was sponsored by Southern Water, Brighton University and Yeoman’s Toyota.

The Brighton Festival’s Children & Family programmer Pippa Smith said: “Folk tales are typically stories that are passed down from generation to generation and are often linked to childhood memories, when parents or grandparents would tell them at bedtime.

“There are so many fascinating folk tales to explore from the Anansi tales of West Africa to European tales by Hans Christian Andersen and the Brothers Grimm. 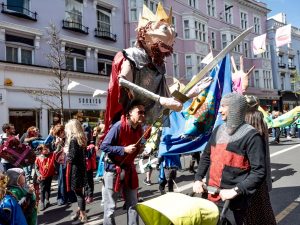 “One of the most spectacular community events in the UK, Same Sky spend months working behind the scenes to create the Children’s Parade. 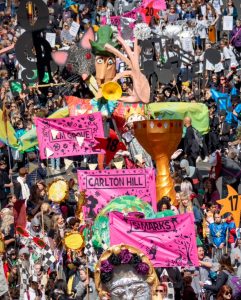 “What better way to share the world’s stories here in Brighton and Hove.” 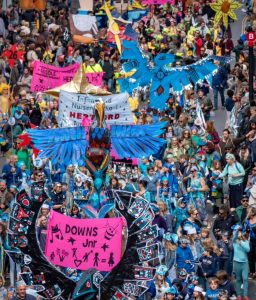 Brighton University vice-chancellor Debra Humphris said: “The Children’s Parade is a real high point of the year in the city and it is always a great way to start the Brighton Festival.”

Professor Humphris added: “I am absolutely delighted that the University of Brighton will once again be sponsoring this wonderful and joyous event that does so much to bring the whole community together and is enjoyed by everyone, young and old.” 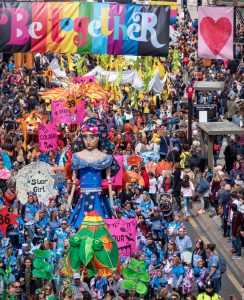 The Brighton Festival 2019 takes place from Saturday 4 May to Sunday 26 May. 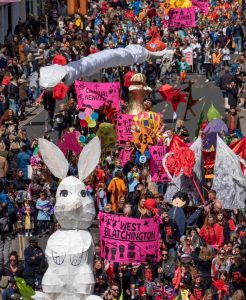