Massive crash blocks A259 in Portslade 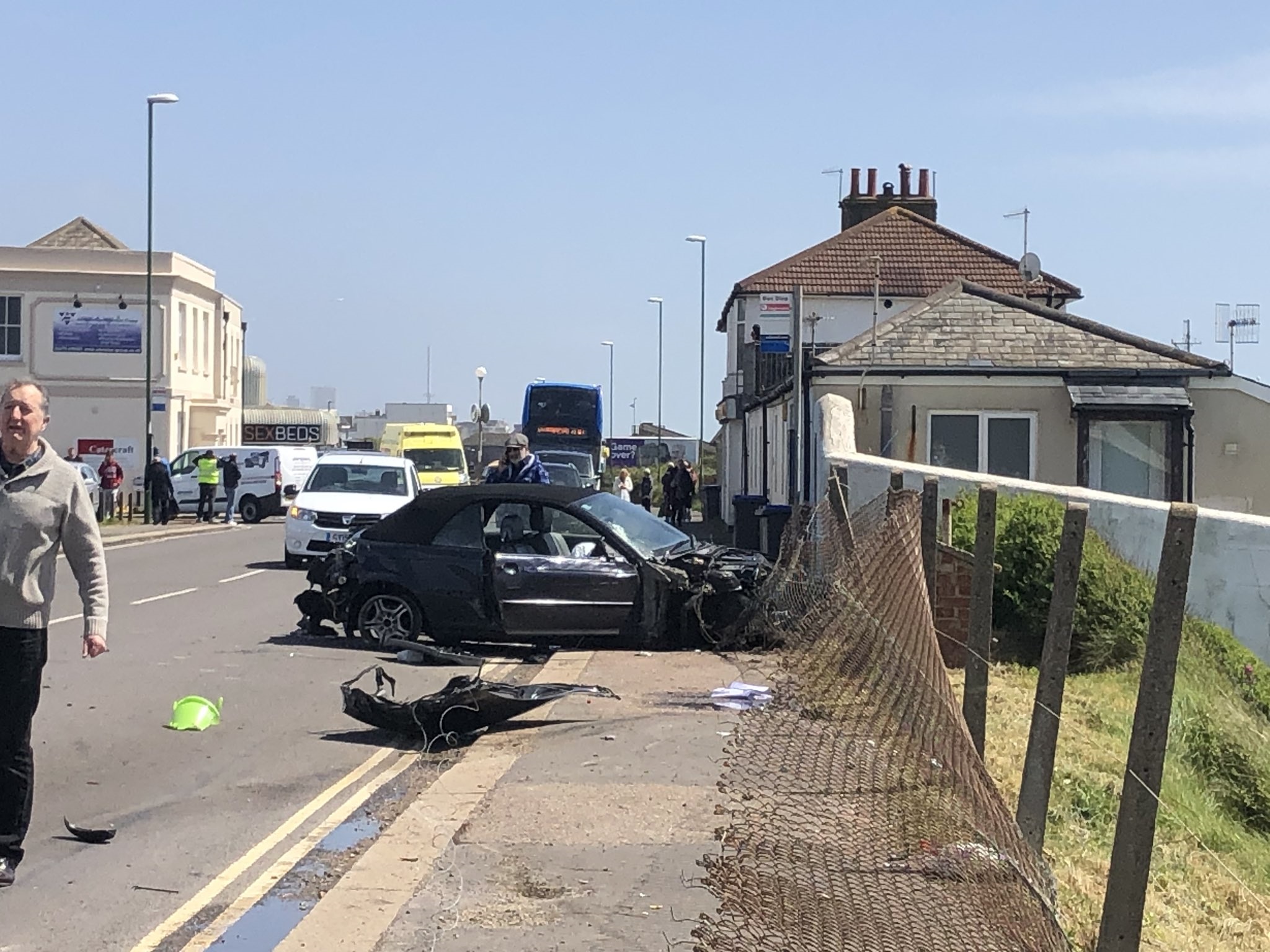 A huge crash in Portslade which has left at least one car crumpled and fragments littering the carriageway over a large area has partially closed the A259 this afternoon.

One man fled the scene but was detained by members of the public.

A man has now been arrested for dangerous driving.

Four vehicles were involved in the collision, which happened at about 1pm. 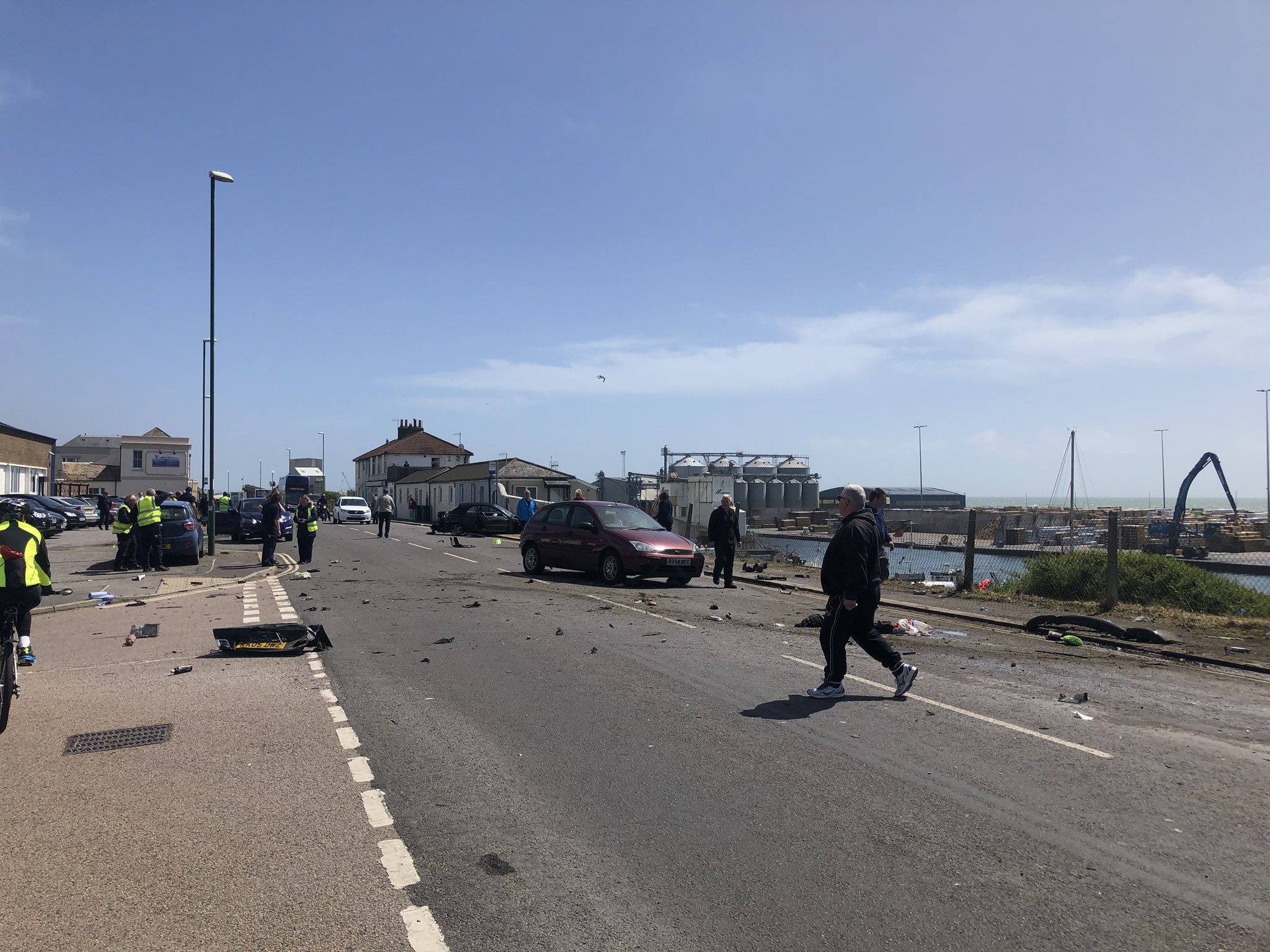 A police spokesman said: “Police received a report of a four-vehicle collision on the A259 Waterside Road, Southwick, about 1pm on Wednesday (8 May).

“Members of the public detained a man in his 20s until police arrived at the scene, and he was arrested on suspicion of dangerous driving.

“The suspect has been taken to Royal Sussex County Hospital as a precaution. Four other people reported minor injuries.

“A section of the road is likely to remain closed until at least 4.30pm while forensics investigations are carried out at the scene.

“No further info at this stage.”

A spokesman for South East Coast Ambulance Service said: “We were called to reports of an RTC on the A259 near William Street at approximately 1pm today.

“Three patients were assessed, treated and discharged from our care at the scene and a man, with non-life threatening injuries, was treated before being taken to Royal Sussex County Hospital.”