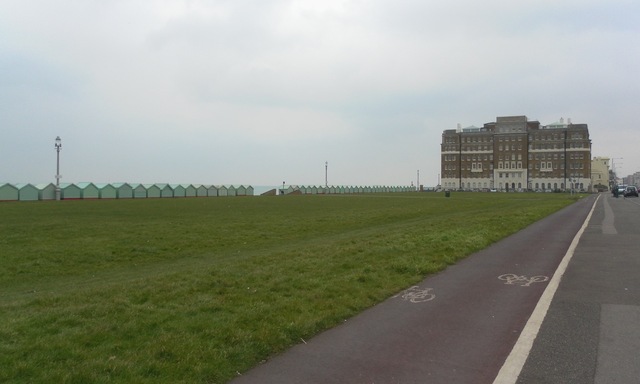 Events on Hove Lawns could go on for an extra half an hour if Brighton and Hove City Council approves its own licensing application.

However, neighbours, residents associations and Brunswick and Adelaide ward councillor Phélim Mac Cafferty have all objected.

The city council events office has to apply to its own licensing department for approval to allow alcohol sales and entertainment until 10.30pm on the lawns between the Peace Statue and Courtenay Gate.

However, the lawns span two areas of the city – known as the cumulative impact zone (CIZ) and the special stress area (SSA) where there are restrictions on new licences due to the high concentrations of businesses selling alcohol in the area.

In its application going before a licensing panel of three councillors on Thursday 16 May, the council says the licence will be used for one-off events, not on a daily basis.

It does not expect to increase the number of events taking place on the lawns, such as the Foodies Festival.

In his opposition to the extended hours Councillor Mac Cafferty pointed out the area is residential and longer hours would impact on a large number of people.

He is also concerned the licensed area is within the CIZ and SSA where there are “current and historic anti-social behaviour hotspots”.

Councillor Mac Cafferty said: “I have been contacted on dozens of occasions by residents during events on the lawns who have faced repeat noise problems.

“This extension is in an area where resident routinely report noise causing disproportionate harm to neighbour amenity and public nuisance.”

Friends of Palmeira and Adelaide also raised the issue of the licensing zones and recurring antisocial behaviour.

A resident whose name was redacted by the council in the papers going before the licensing panel said: “As residents with either children or elderly people to care for, plus our own mental health and well being, it is essential that the noise and disruption and anti-social behaviour that ensues at these events, often heightened by alcohol, is mitigated.

“You should be applying greater duty of care to your residents and desist from any extension to the sale of alcohol in a locality which is known to be adversely impacted by behaviour associated with alcohol.”

Another neighbour wrote: “I don’t understand why the lawns should have events that in theory could sell alcohol from 9 in the morning til 10.30 at night.

“That is not necessary by any means. Too early and too late.

“Excess alcohol creates excess noise and disruption to residents living nearby and there are enough alcohol problems in the city already.”

The panel meets from 10am on Thursday 16 May at Hove Town Hall to discuss the application.