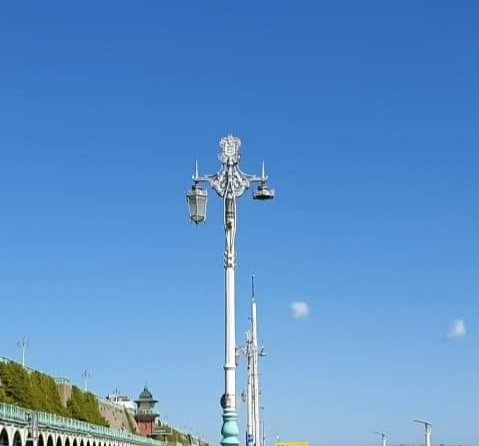 One of the lanterns on Madeira Drive. Picture by Ken Frost

Ten of Brighton and Hove’s distinctive seafront lanterns have been removed after an inspection found they had corroded faster than expected.

The corrosion was discovered during routine checks which are currently being carried out on all of the 163 lanterns, which run along the promenade from Black Rock to Hove Lagoon.

Eight of the lanterns were on Madeira Drive and two on Marine Parade where the inspection is ongoing. 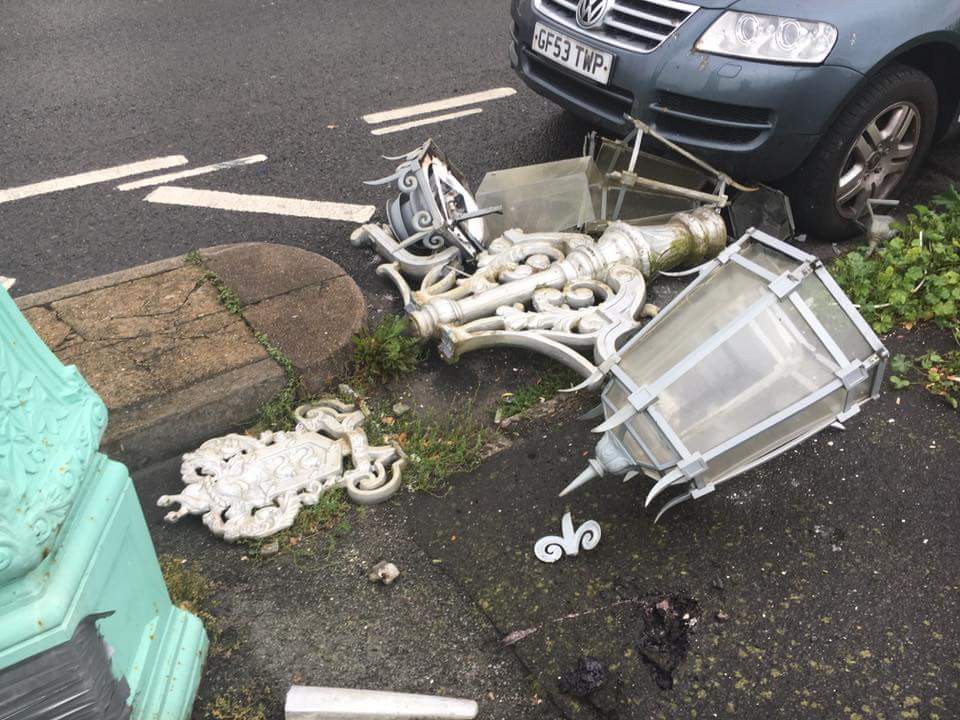 A whole lamp came crashing down on Marine Parade in 2016

In 2016, one of the lanterns fell and smashed a chunk out of the pavement on Marine Parade, prompting a special inspection of all the city’s Victorian lamps.

Some lamps have now been fitted with modern supports.

Speaking about the extent of the corrosion, David Parker, the council’s head of transport projects and engineering said the safety of the public was paramount.

“We know how much these lights are treasured by our residents and visitors, but our priority has to be the safety of everyone walking underneath them.

“We always expect to find some corrosion when we carry out our routine inspections, but to have to remove lanterns so early into the inspection programme was not expected by the team.

“Thorough checks are being carried out over the next few weeks and, where needed, we will remove any lantern that we think presents a risk.

“We will be talking to our conservation officers and, if needed, English Heritage to ensure we have lamps that are in-keeping with the traditional look of the original lamps as much as possible, but that will also be longer lasting and easier to manage from a financial aspect.”

Corrosion of the lanterns happens due to the salty air coming off the sea which is something that cannot be avoided. Checks on the seafront lampposts take place every two years.

To report a lantern which you think has suffered from severe corrosion and needs our immediate attention, please use our street lighting reporting online form or call our Street Lighting Team on 07557 197566.