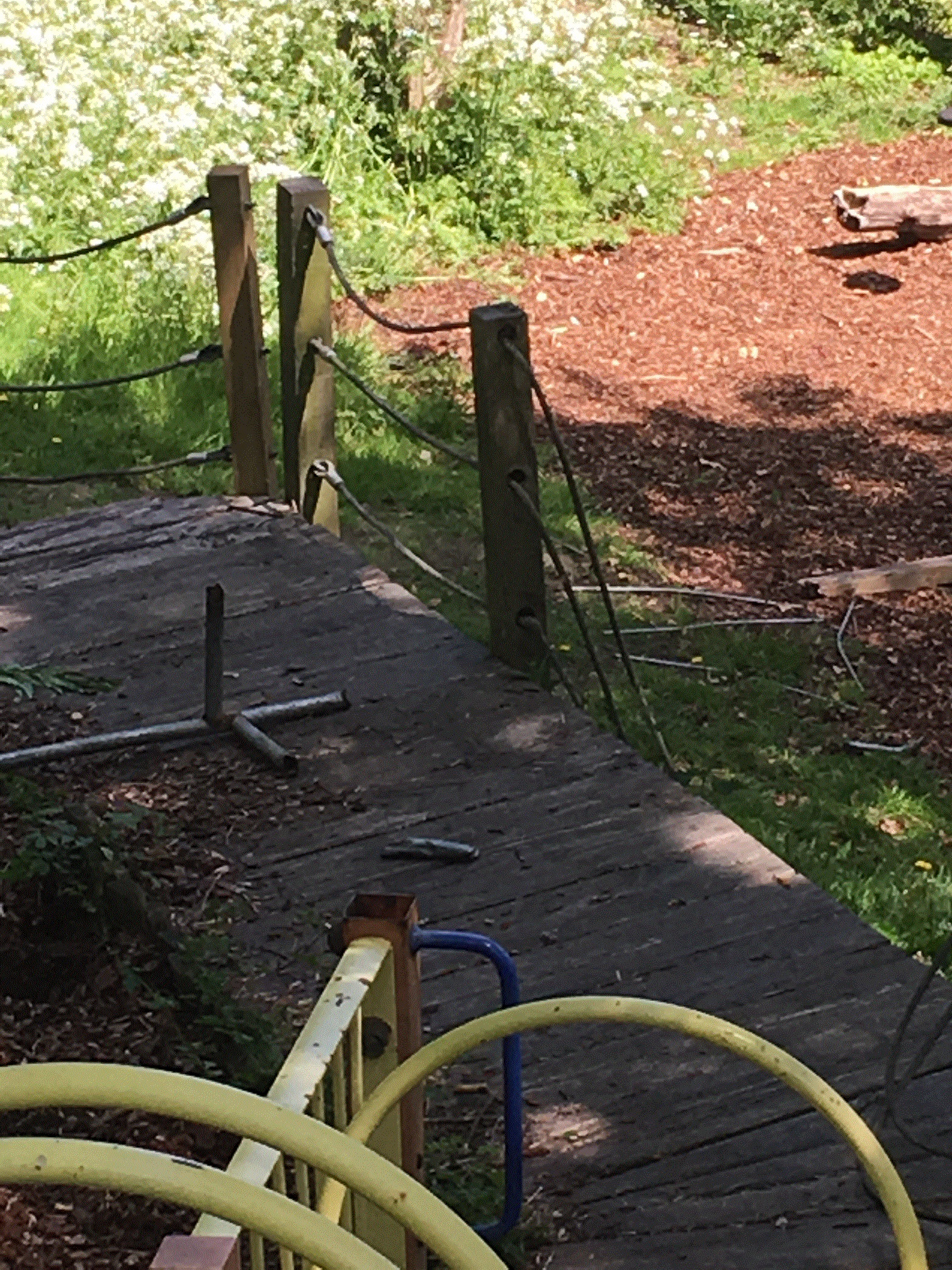 A teenage gang went on a wrecking spree in a Portslade Park this week, smashing equipment and leaving shattered glass and twisted metal on the ground.

Four teenagers were spotted smashing the wooden walkway and other equipment at Warrior Park on Monday evening, causing damage the council says will cost £5,000 to repair.

One resident spotted the gang in action and tried to call police – but his call went unanswered and after 20 minutes he gave up. 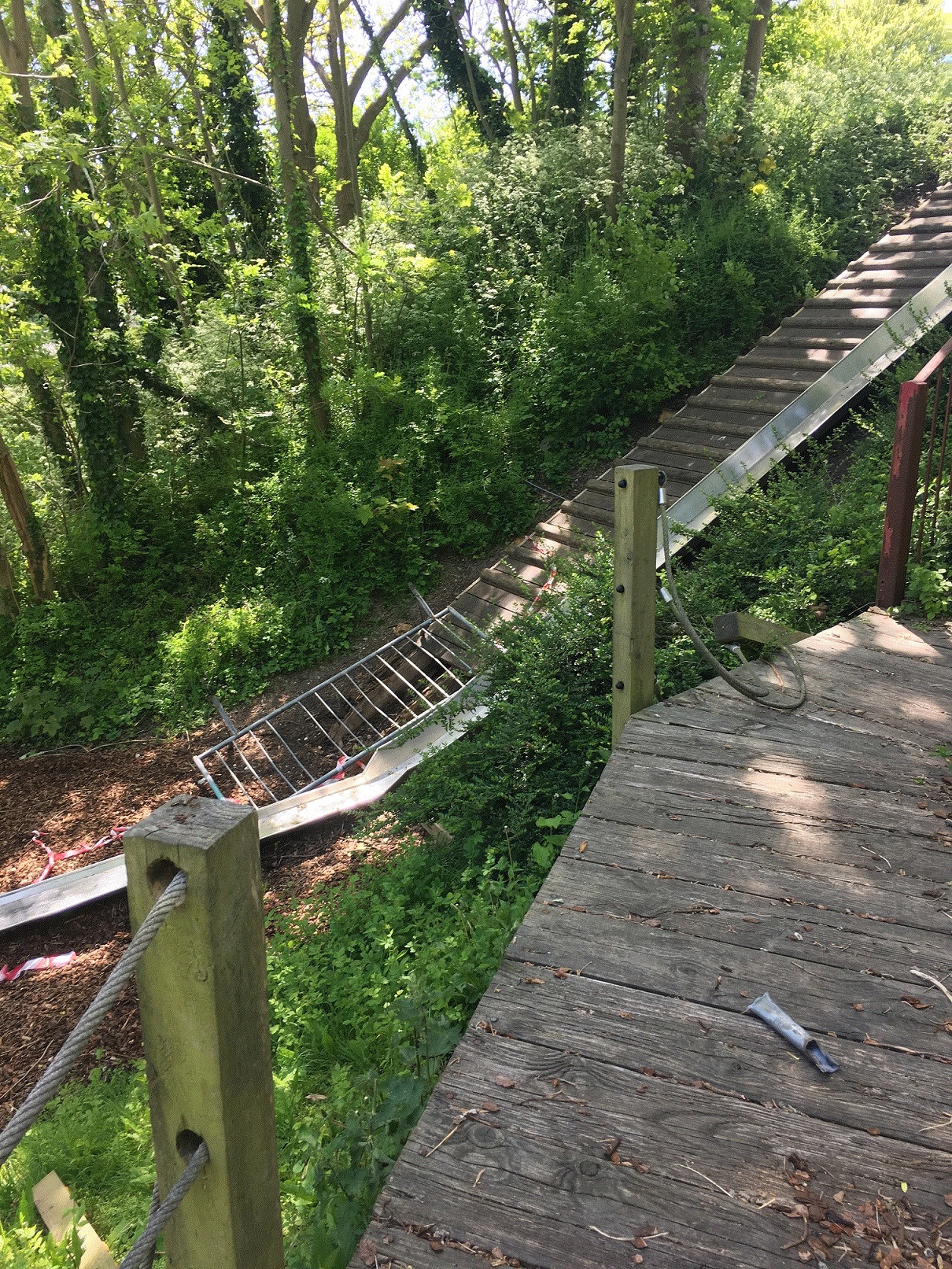 North Portslade councillors Peter Atkinson and Anne Pissaridou have now condemned what they describe as the “mindless destruction” of the park.

Warrior Park, in the Warrior Close estate in North Portslade, is a small adventure type park with a zip wire, climbing frame and wooden walkways. It is aimed at slightly older children.

Cllr Atkinson said: “This resident was understandably reluctant to dial 999, but what is the point of having an alternative number if you can never get through? The kids were long gone by the time he phoned me and he was in a great deal of distress at not being able to do anything about it.” 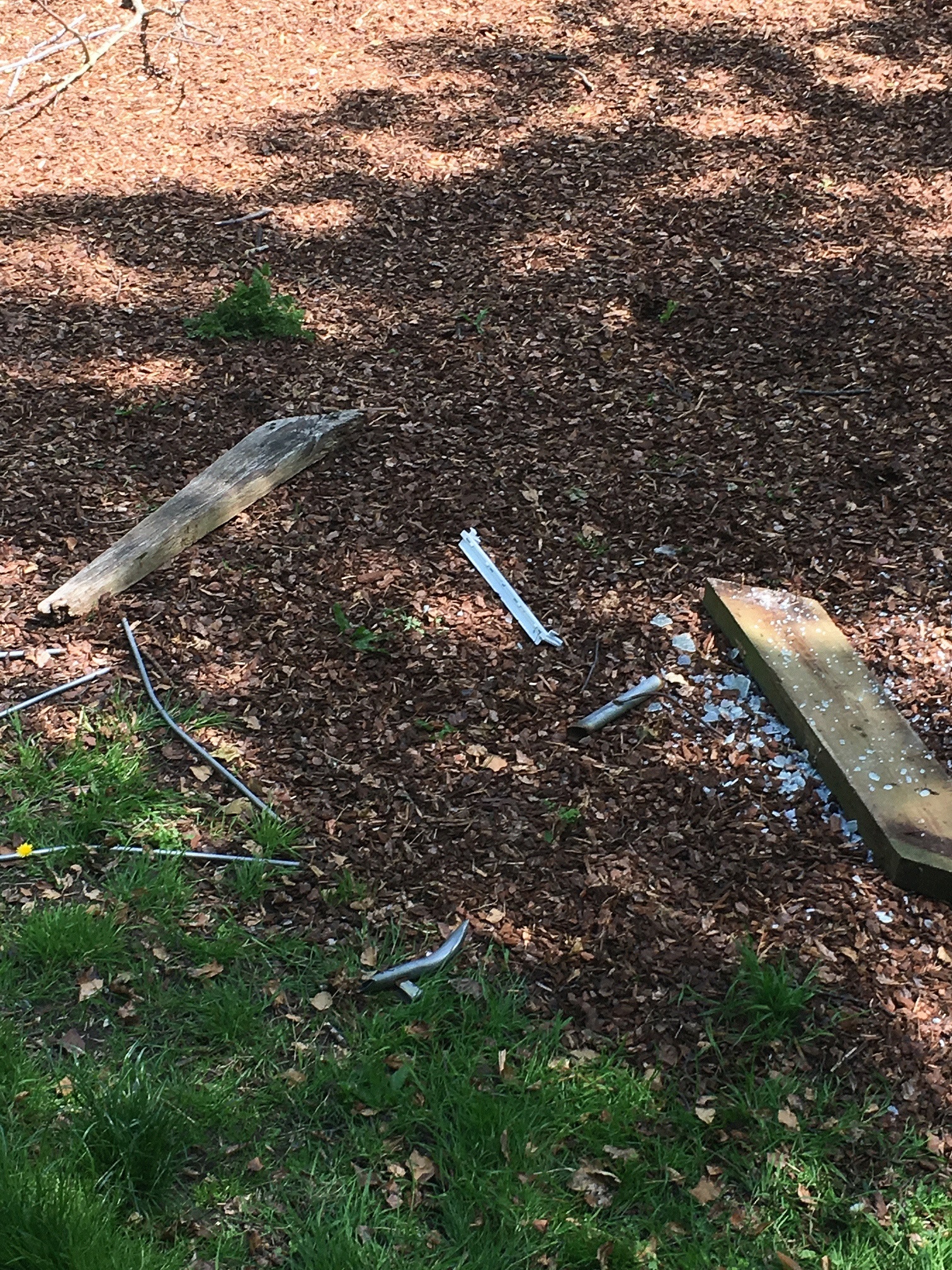 “There is damage to the access beside the slide and to the walkway. We’re arranging for repairs to be carried out which will cost around £5,000.

“We will also be carrying out daily visits to remove debris and fence off the area to make people aware there is a hazard.”

Cllr Atkinson said the matter was later reported to police online. A spokeswoman for Sussex Police said she could find no record of it.