Party at Airbnb property in Brighton left neighbours in fear

Neighbours were left with nowhere to turn after a party got out of hand at a Brighton property let through Airbnb.

Dozens of young people flooded out of the large house in Stanley Road, Brighton, and fights started in the street after it was let for a party.

The party started at 9pm on Friday 3 May and went on until after 5am the next morning.

It was broken up after three police cars arrived, with residents reporting that police dogs were seen.

There are concerns about the lack of regulation of Airbnb lets which allow people to rent out a spare room in their home.

In recent years it has become a business for some people, with a number of homes in the city bought specifically for the party house market.

Neighbours asked St Peter and North Laine councillor Pete West for his help and support dealing with the regular disturbance from party houses in the area.

One neighbour said: “They flooded out of one house. Everyone found it quite frightening.”

Another said that it was different to when the house was normally let as an Airbnb as it seemed to be specifically for a party.

They said: “This time the music started at 9pm. We’re used to the Airbnb as we’re normally woken up much later when they come back from clubbing.”

Councillor West told the meeting that Brighton and Hove City Council’s new field officer team would go out the day after a noise complaint but this would not necessarily work in an Airbnb situation.

He said: “The problem with Airbnb is these people are gone in the morning.

“It’s run as a business and you don’t know the people necessarily as they’re different people every time.” 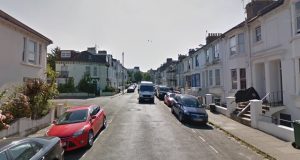 Keeping diaries to support enforcement work was an issue for the same reason due to the turnover of paying visitors making noise when existing residents were not there.

Councillor West was asked if anything could be done regarding change of use or planning enforcement but he said that this was not possible.

A consultation in 2017 about licensing rental properties and shared homes – known as houses in multiple occupation (HMOs) – did not include short-term Airbnb lets. However, people responding wanted more controls.

In response to the consultation, the council said that it was aware that issues with Airbnb and holiday lets were a growing problem.

It said: “If ‘party houses’ and ‘Airbnb’ are holiday lets, they do not come under the licensing provision and are beyond the scope of the scheme.

“The vast majority of Airbnb lettings will be holiday lets but in circumstances where they are not, selective licensing could be applied.”

The issue was also raised in June last year by Councillor Phélim Mac Cafferty who asked about regulating holiday lets as some London boroughs have.

Officers said that London councils could require planning permission if a holiday let was used for more than 90 days.

However, under current rules, Brighton and Hove and other councils outside London cannot require owners to seek planning permission for short-term holiday lets.

A spokesman for Airbnb said: “We have zero tolerance for anti-social or disruptive behaviour and are actively investigating this incident.

“The overwhelming majority of hosts and guests on Airbnb are good neighbours and respectful travellers and, with two million people staying on Airbnb on any given night, issues like these are incredibly rare.”

They advised neighbours to report any issues using the company’s neighbourhood tool www.airbnb.co.uk/neighbors.